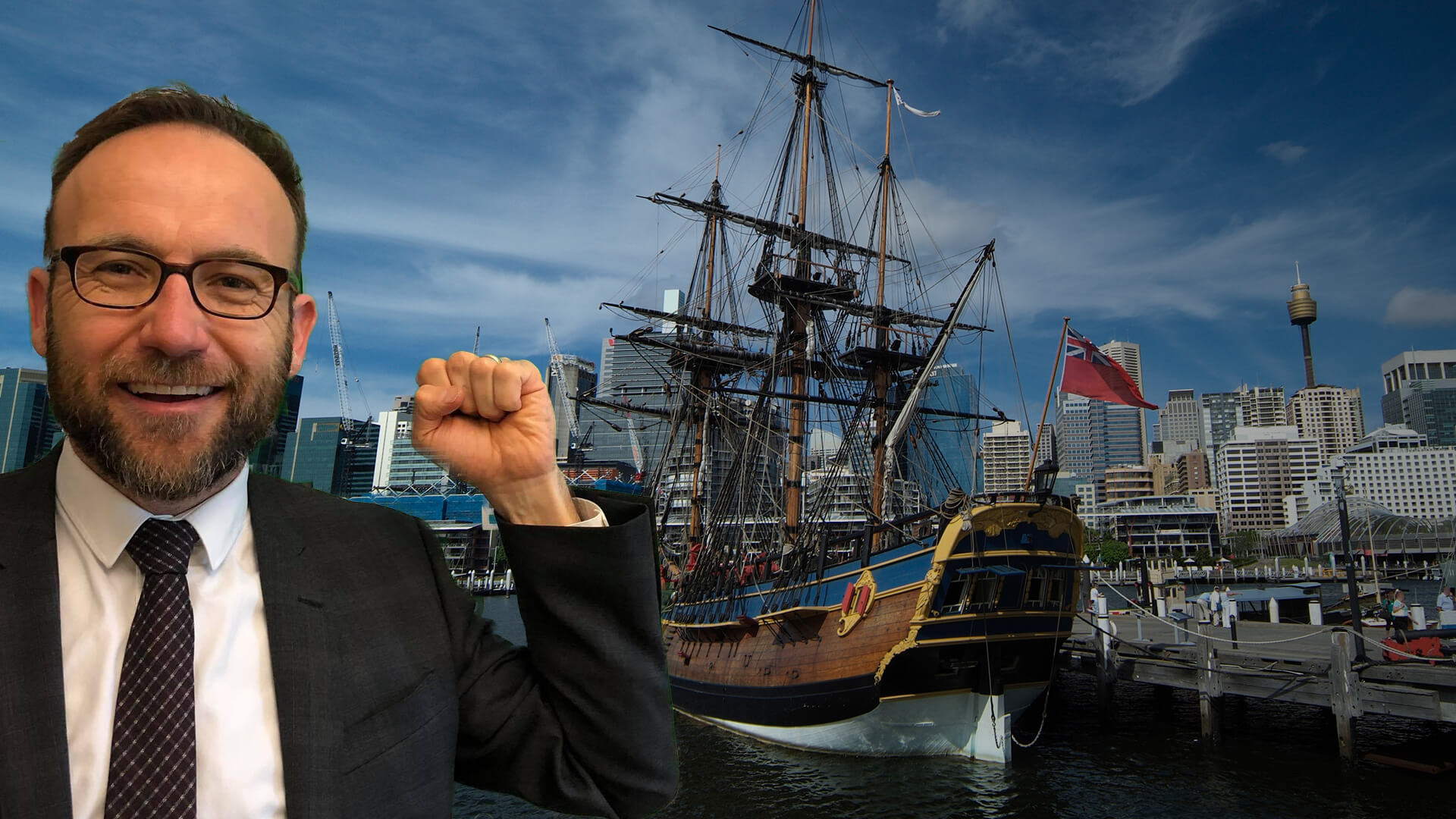 The guilting of mainstream Australia by the left continues with Greens leader angry ant Adam Bandt calling for the scrapping of celebrations marking the 250th anniversary of Captain James Cook’s epic voyage.

It must be hard hating history so much…  It’s maddeningly unchangeable, riddled with facts.

The Greens’ leader describes Cook’s discovery of the east coast of Australia as part of the “dark side” of Australia’s history.

White guilt is strong with this bloke and he wants everyone else to be ashamed of one of the greatest achievements of modern exploration too.

Not sure how Bandt thinks it would have worked out any better for the Aboriginals had the French, Spanish or Portuguese beat Cook and claimed and settled Australia instead.

Does he seriously think some enlightened 18th century explorer ought to have arrived on Australia’s shores and made individual peace treaties with hundreds of warring Aboriginal tribes?

Australia was always going to be discovered and colonised by some European, no matter how hard the Greens wish the continent were left alone forever.

And while there were murders and massacres on both sides during settlement, on the whole European Australians did not do as badly by Indigenous people as the Greens would have us believe.

The novel and enlightened approach of British law meant that punishment for murder and other crimes applied equally to blacks and whites.

And over time, Aboriginal tribes in a constant state of warfare with each other integrated into what is now one of the world’s most desirable nations for people of all racial backgrounds.

Our past is not perfect, but it paved a way for 26 million people to join the First Nations people, stop the violence over time, and create one of the most harmonious multi-racial nations on earth.

History should not preclude celebration and admiration for the achievements that have got us to where we are – Captain Cook’s coming being essential to our present.

Shaped by this land, Australians old and new have a unique shared culture and way of life which makes us the envy of the world.

We respect the Indigenous while drawing on the best of the West.

We champion unity over diversity.

The idea that we can’t celebrate the achievements of a man and his crew who sailed a boat the size of a tennis court around the world and paved the way for us to be here today is utterly ludicrous.

If we don’t love our country, warts and all, we will cease to be a country.

But of course that is exactly what the Greens want.