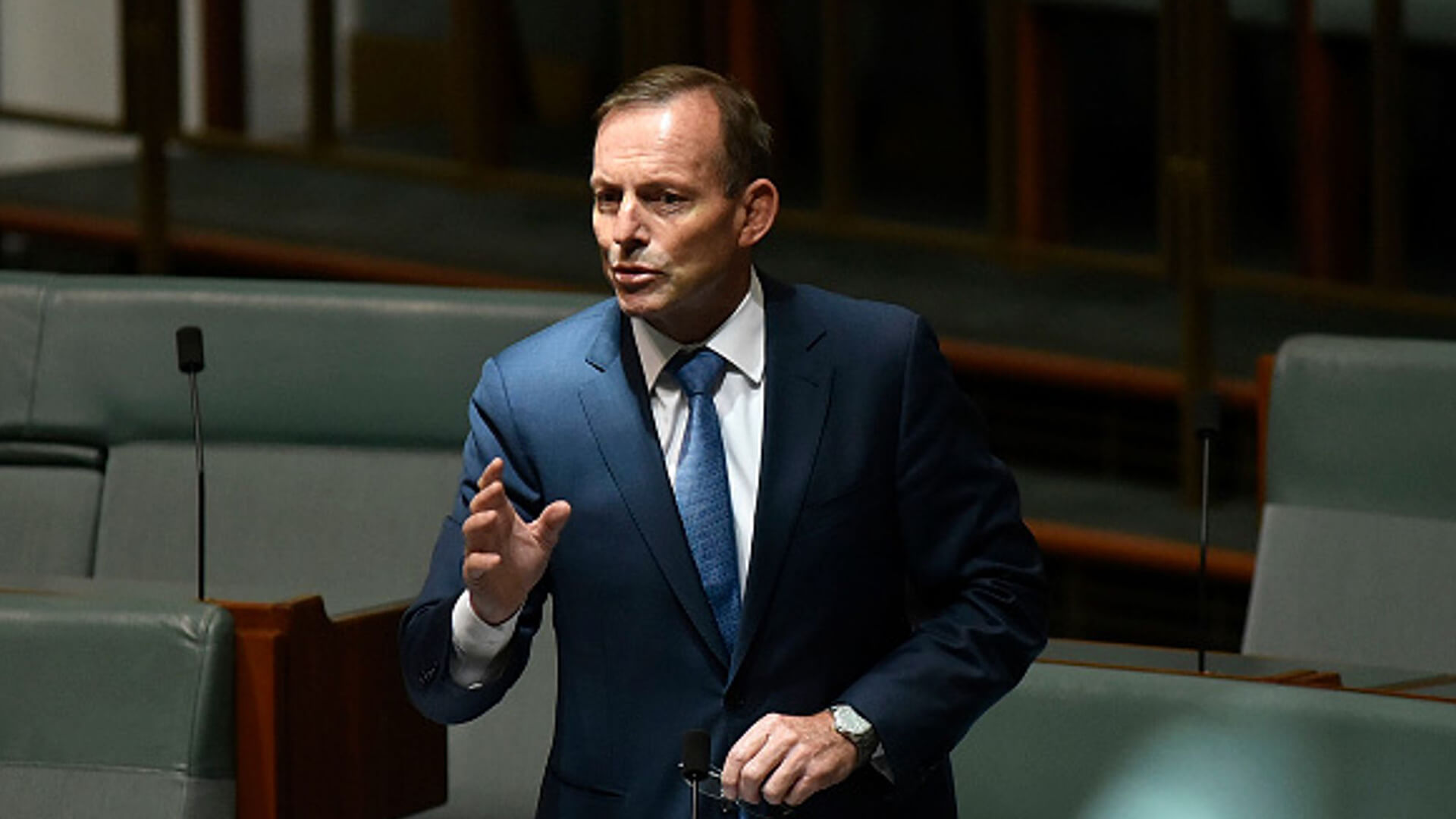 It was as vicious as it was unhinged. And that’s what makes it dangerous to mainstream people and to freedom of speech.

When it became publicly known that the United Kingdom’s Government, under Prime Minister Boris Johnson, was considering Abbott for a prestigious role as a trade envoy, elites lined up to demonise and dismiss him as a “misogynist” and a “homophobe”.

Their aim was to make sure someone so unworthy in their eyes never got near the role.

They wanted to send a message to mainstream people to tow their line, or else you will not have a career.

A misogynist is someone who hates, is contemptuous of or prejudiced against women and girls.

Abbott is the father of three gown professional women who obviously love him and have campaigned publicly for him.

His wife Margie is a class act and also a professional woman with her own career quite separate from his political one.

The Left must think Abbott is so evil that the four women in his life simply kowtow to his patriarchal demands.

What an insult to them.

If Abbott was a woman-hater and some sort of entitled male, why did he appoint one of the most fearsome and intelligent women in politics, Peta Credlin, as his long-time chief of staff?

A “homophobe” is someone who has an irrational fear of homosexuals.

But Abbott’s sister Christine Forster is gay. Abbott, who has supported Forster since she came out in her forties, even attended Forster’s same-sex wedding despite his belief that marriage should be between one man and one woman.

This is hardly the stuff of prejudice, hate or irrational fear.

As Jennifer Oriel points out in The Australian, Abbott’s crime is to be “conservative and, as such, holds that the natural family is the basis of good society”.

He campaigned to preserve the definition of marriage and voted as such in the 2017 plebiscite.

But like all politicians in the federal parliament, he had previously supported the dismantling of all discrimination in law against same-sex couples when major law reform was undertaken in 2009.

Yet Abbott was accused by the chair of Johnson’s committee for women and equality, Caroline Nokes, of having “very poor views on LGBTQ rights.”

It didn’t matter that he had voted for the removal of all discrimination against same-sex couples.

Our PC Leftist overlords, even those like Nokes who have infiltrated conservative politics, feel no obligation to consult facts.

Because Abbott supports man-woman marriage, along with five million other Australians who voted No in the plebiscite, Nokes says “I just don’t think this is a man who should be anywhere near our Board of Trade”.

To her credit, Forster issued a statement defending her brother.

“It is nothing short of dishonesty for commentators and politicians who do not know Tony to label him a “misogynist and a homophobe”, she said.

For a few days it looked like Abbott might lose the appointment, despite his qualifications as PM in securing free trade agreements with China, Japan and South Korea.

Abbott’s views were unacceptable to the elites and they wanted to send a message to anyone else who held mainstream views about marriage and family that their career prospects would be severely limited unless they towed the line.

Talk about tolerance and diversity of views. Not so with our Leftist PC overlords.

For once cancel culture was cancelled.

But it was a ridiculous fight that should never have had to have been fought.