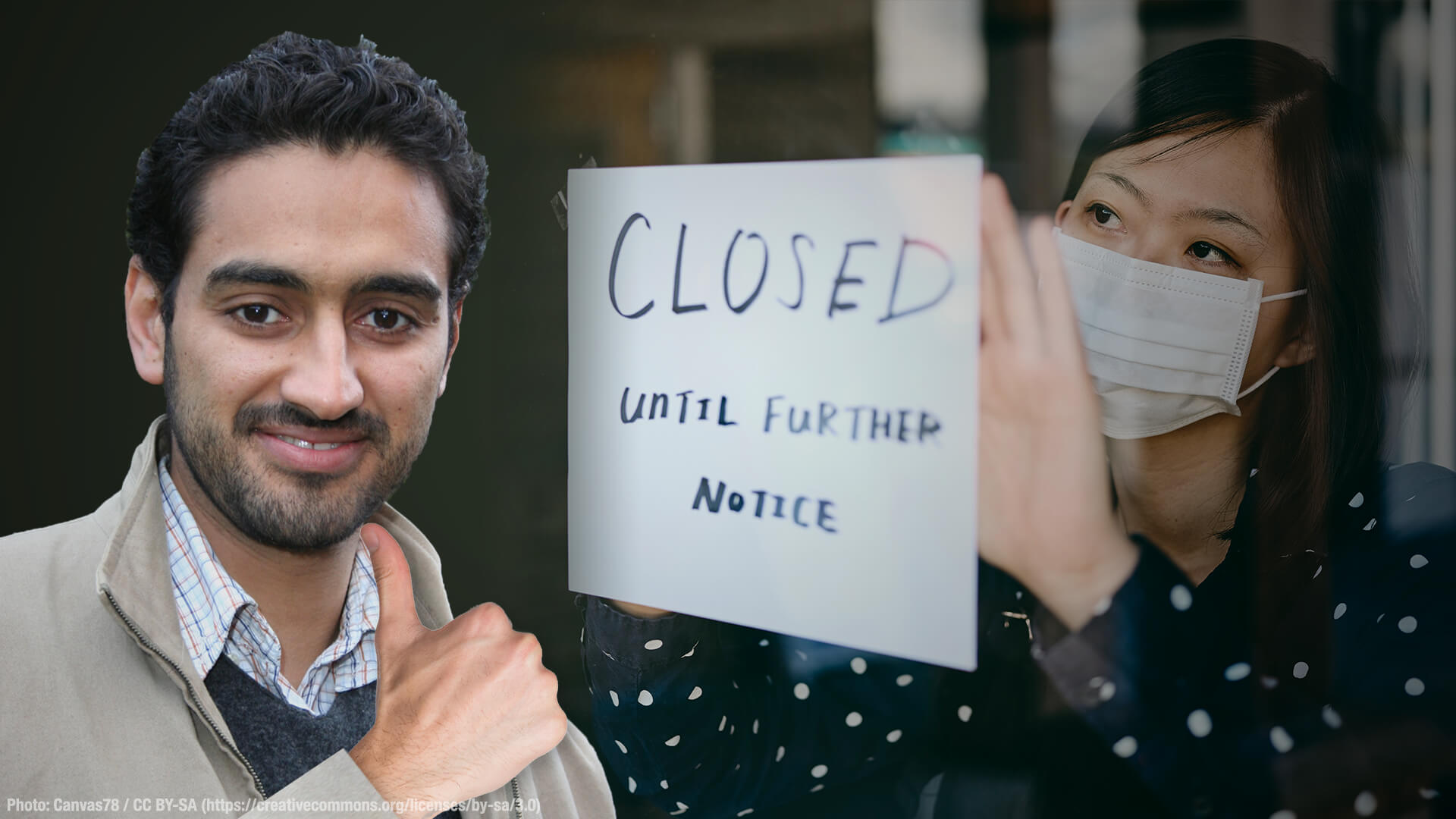 As millions of Aussies watch their jobs, money and dreams go down the Wuhan virus drain, filthy rich leftists like Waleed Aly are rejoicing.

The [Brainwashing] Project host wants our devastated economy to be the new normal – because it’s apparently giving the planet a breather.

Waleed is seizing the moment to push for more windmills and solar panels at the expense of the energy sources, coal and gas, that provide the grunt needed for jobs-creating industry and well heated and cooled houses.

The climate cult are so fixated on their irrational fear that the planet is burning, they don’t care if the economy is.

“Since COVID-19 knocked climate change off the front pages, something remarkable has happened — nature’s taken a deep breath,” Waleed told the kids who turn off their brains to tune in to The Project.

Who cares if people are experiencing untold suffering?  The planet is doing great!

Waleed gushed that the virus crisis has a “silver lining” as footage of cities with clean air rolled across people’s screens.

Instead he swoops in with the solution.

No jobs?  No worries.

Tens of thousands of jobs could be created building windmills and erecting solar panels.

Ignoring the inconvenient truths laid bare in his fellow leftist’s, Michael Moore’s, new film Planet of the Humans, Waleed wants to give the kids watching The Project the impression that they can have it all with wind and solar.

Moore has done the intellectual grunt work to prove what mainstream commentators have been saying for years – “renewables” they can’t provide affordable and reliable electricity.

Moore’s answer to the problem is to depopulate and de-industrialise.

Dystopian at best: forcing people back to subsistence living.

Waleed’s enthusiasm for the planet to “take a deep breath” implies that what humankind is doing in using the abundant resources of the earth to lift millions out of poverty so they can live a little like him, is hypocrytical.

It’s okay for him to have a comfortable life – but not all the other humans swarming the planet.

But the kids who watch Waleed don’t know any better; they’ve no idea windmills and solar panels can’t save the day.

They’ve also no idea that the perverse irony of Waleed’s excitement that C02 emissions have dropped – theoretically allowing the planet to cool down – has been exposed by a NASA study.

Who would have thunk it?

Perversely for Waleed, the answer to his problem may well be to get the economy cranking again because the pollution we emit – not colourless and odourless C02 – might actually be providing a protective effect.