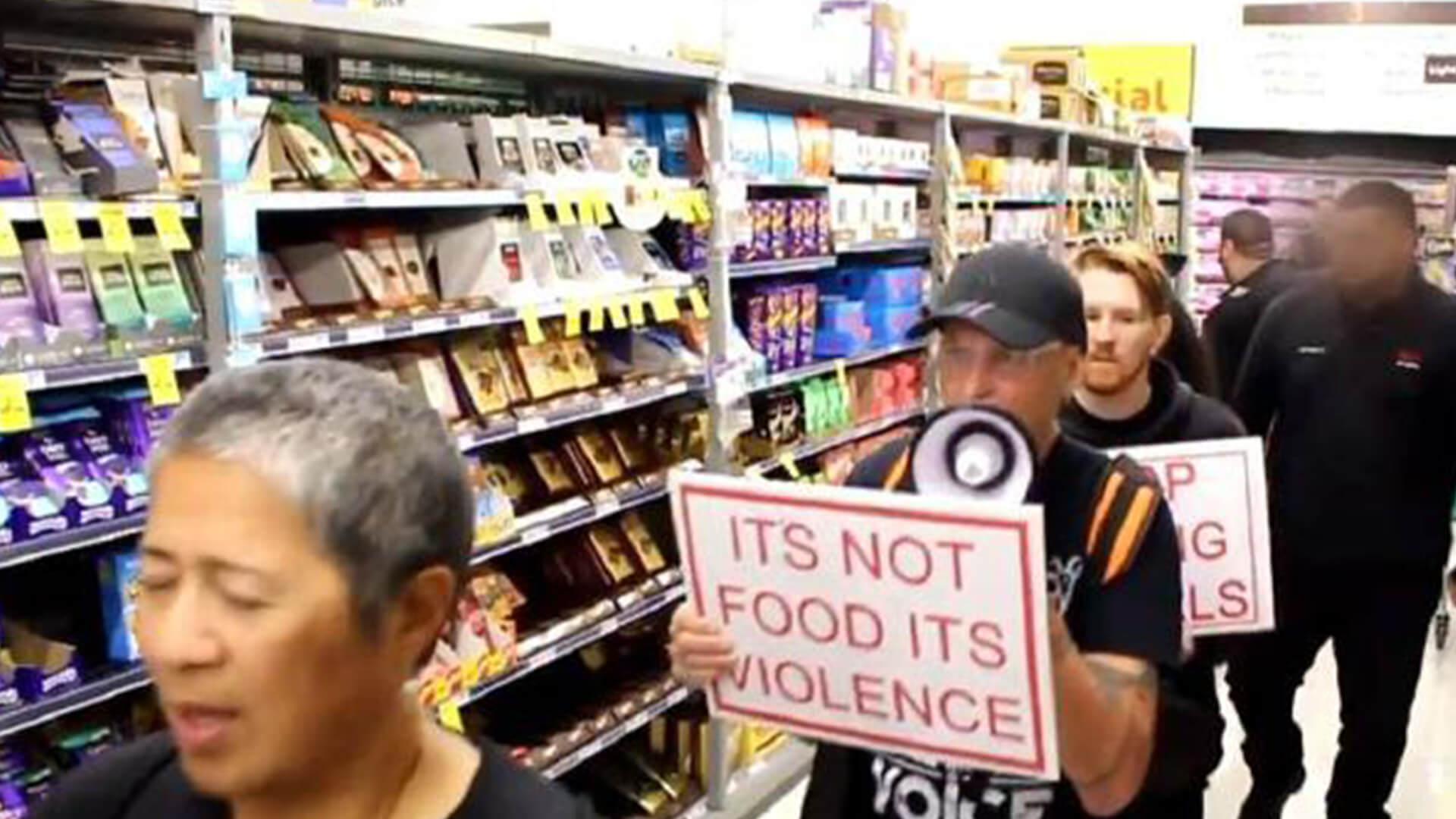 Vegan activists have stormed their local NZ supermarket to give voice to “victims” of meat-eaters.

Seemingly unaware that the ship has well and truly sailed for these particular packaged goods, the protestors stood in front of the Woolies meat section holding signs that read “stop eating animals” and “it’s not food, it’s violence”.

According to event organiser Amanda Rippon, they were the voice of the victims who had no say.

“The impact of a non-vegan diet is the victims who we don’t usually hear from,” she said.

Um…  You hear from them on occasion, Amanda?

As staff tried to minimize the disruption to shoppers angered by the display, a video of the incident shows Rippon shouting at employees about peacefully protesting for the “victims”.

Police were called before the activists were escorted from the premises chanting “it’s not food, it’s violence”.

The scene was reminiscent of a protest in Melbourne’s Rare Steakhouse which saw red meat lovers’ meals interrupted by iron-deprived protestors before they were moved on by police.

Member of Direct Action Everywhere, Joanne Lee said, “passively asking for the exploitation and the suffering and death of animals to stop isn’t liberating them quick enough…  We believe that in order to create change in our society we need to challenge our current belief systems and we need to force people to pick a side.”

Because people dining in a steakhouse seem like real fence-sitters.

And in a display of passion which eclipses both instances, earlier this year 150 activists clad in “meat the victims” t-shirts descended on a Queensland cattle farmer’s property.

“This is the fastest growing social justice movement of our time,” wrote Ryan MH of Animal Activists Collective at the time.

“We don’t want farmers to be out of work, we just want them to change what they’re farming,” he said glibly as if it were as simple as changing undies.