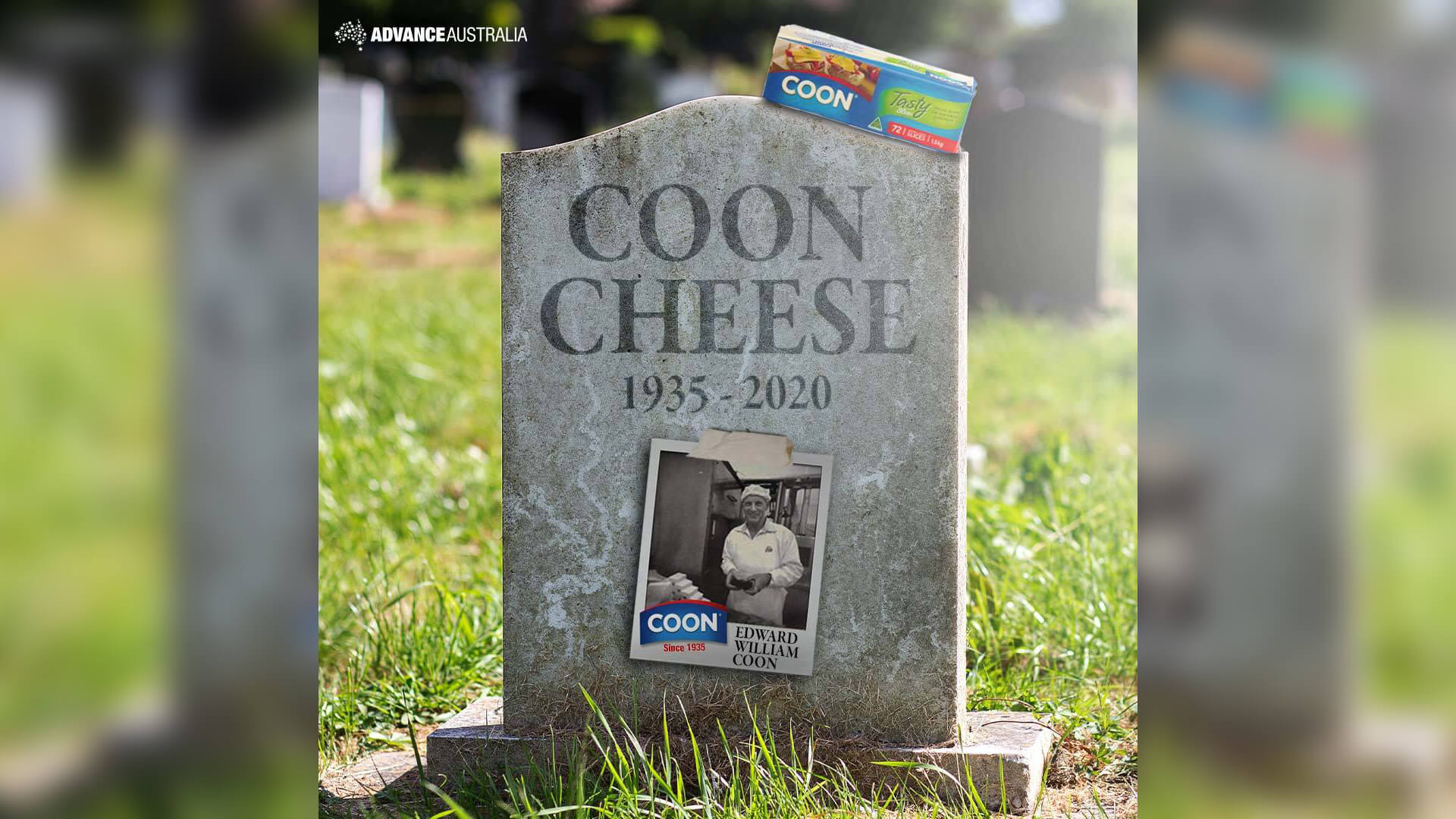 With all the issues facing Australia’s most vulnerable Indigenous communities, you’d assume activists would be busy fixing issues such as youth unemployment, alcoholism, domestic violence and welfare dependency.

It seems the perpetually offended are more concerned with changing the name of ‘Coon Cheese’ than addressing the real issues that plague the lives of our Indigenous peoples.

Although Saputo eventually caved in, promising to rename the cheese in due course, it still wasn’t good enough for Dr Hagan.

He has now unleashed another tirade on Saputo for not being quick enough to remove the cheese from supermarket shelves.

‘They told me that rebranding Coon cheese was an important step in eliminating racism’ he said.

‘But if they accept the term is offensive, why is the cheese still sitting on the shelves carrying that name?

‘I call on all decent-minded Australians to boycott the Coon cheese brand because if the company won’t remove it, then slow sales might bring about the desired outcome.’

Well Dr Hagan, unfortunately for your sake, decent-minded Australians are not prepared to boycott Coon Cheese just because you deem the name offensive.

Sales are through the roof.

Decent-minded Aussies know that the term Coon has nothing to do with racism.

Coon is named after American Edward William Coon, who patented the ‘ripening process’ for the original product in 1926.

By your logic, should anyone with a last name that may be construed as offensive go to their local court and get it changed?

Should the 33 people with the last name Coon in the Australian White Pages change their name?

Should the 55,000 Australian with the last name ‘Brown’ change their name? That may cause offense, right?

Will Dr Hagan go after Johnny Walker whiskey for naming their most well-known drink ‘black label?’

How about the Aussie towns Coonamble, Coonabarabran and Coonawarra?

Where will this ridiculous waste of time and resources ever end?

Of course, there is nothing wrong with acknowledging the rich culture of Australia’s Aborigines and the tumultuous nature of their history since 1788.

But what will Dr Hagan’s push to rename Coon Cheese do?

It certainly will not mitigate the fact that of the 43,000 Australian prisoners in jail in 2019, almost 12,000 were Aborigines.

It will not do anything to reduce the prevalence of syphilis in Aboriginal communities with underage Aboriginal girls 60 times more likely to contract syphilis than their non-Aboriginal counterparts.

What it will do however is allow Dr Hagan to make a name for himself, which we are sure he will capitalise on when he finds his next pet cause to take up another 20 years of his life.

As Advance has been saying for years: go woke, go broke.

Anyone with a brain should be looking at buying stocks in Bega Cheese after this saga.

Australians are sick of being lectured about what is and isn’t offensive by people who claim to represent the majority when they don’t.

They are sick of people who are more interested in half-arsed virtue signalling as opposed to real action on the many issues we currently face as Australians.

But most of all they are sick of big corporations like Saputo cowering to minority interests like Dr Hagan instead of standing up to their irrelevant complaints and understanding there is no appeasing these sorts of activists.

Coon Cheese should be proud of its rich heritage.

Just as Australians should be.