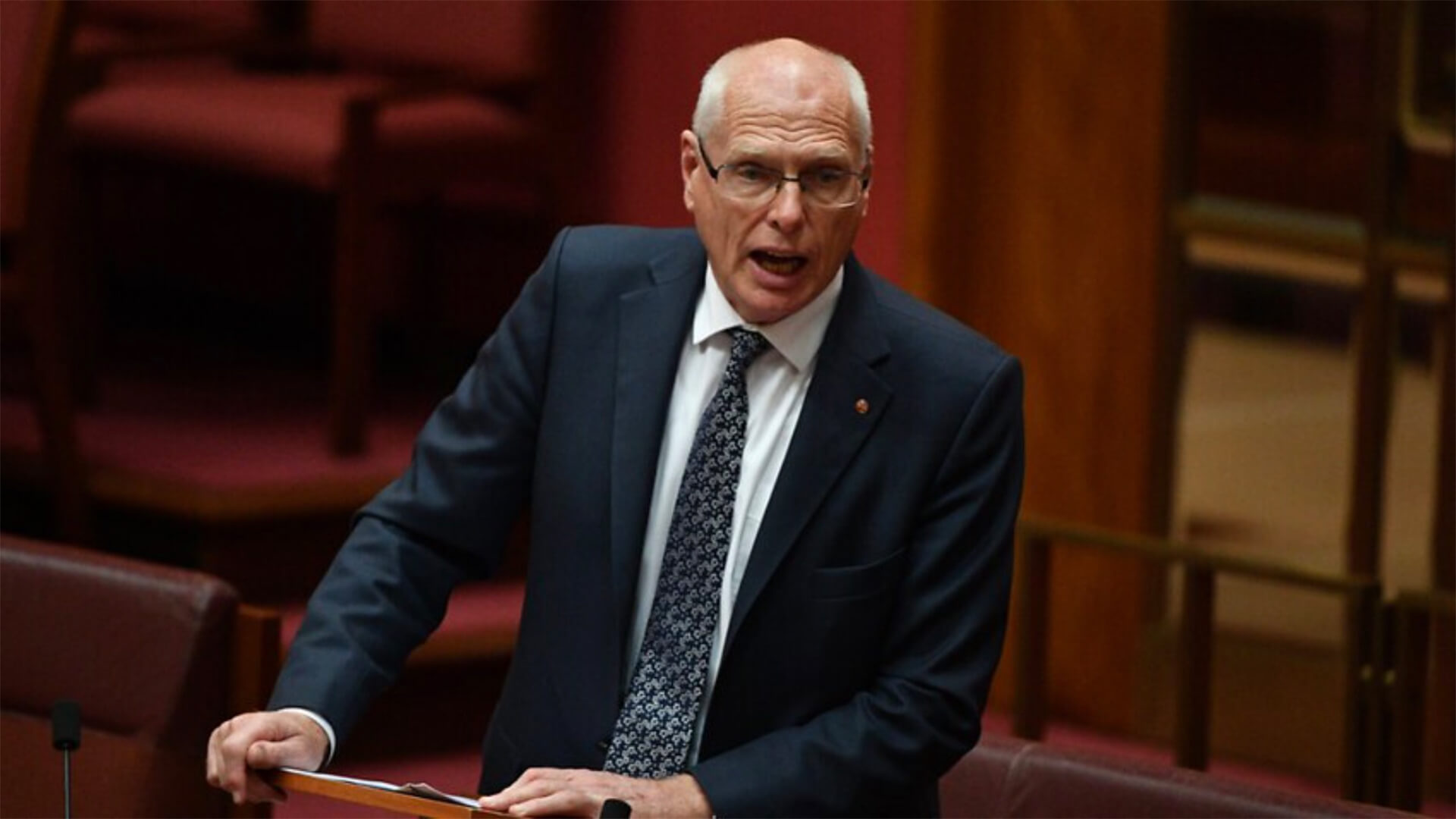 To understand how un-Australian most “decision-makers” within the Liberal party’s different factions are – take a look at the NSW Liberal Senate ticket for the 2019 federal election.

In top spot was Hollie Hughes, who has been a Liberal party insider since starting out as an adviser to Senator Bill Heffernan and Concetta Fierravanti-Wells back in 2003.

After Bragg and Hughes came Perin Davey from the Nationals.

Left with the unwinnable spot on the ticket was Major-General Jim Molan – one of Australia’s greatest strategic military minds and former Chief of Operations for the Coalition forces in the Iraq War – who wasn’t awarded a Senate seat even though he received more than 112,000 first preference votes (the highest personal vote for any politician nationwide).

However, thankfully luck was on his side. Only six months after the election, Arthur Sinodinos vacated his Senate spot and the Prime Minister made sure Jim Molan became Senator Jim Molan.

Now he drops truth-bombs on career politicians like Hollie Hughes and Andrew Bragg from the backbench – the type who couldn’t tell the difference between an F-35 and an F-18, a C-130J Hercules and a C-27J Spartan, or a Barracuda-class and a Collins-class submarine.

Below are some excerpts from Senator Molan’s latest op-ed in The Australian:

“China has one strategic aim: to be dominant, first in the region and then perhaps in the world.

“To achieve this, China has built a world-standard military and, in areas in which China chooses to fight, it dominates the US in numbers, technology, range of weapons and short, medium and long-range accurate rocketry capable of reaching close US bases.

“Australia is a nation that lacks self-reliance and resilience because it depended for so long on the US for security and prosperity and has overindulged in globalisation, as the pandemic reminds us.

“These circumstances have led us to develop a very good, small but fragile one-shot military lacking lethality (cannot fight nasty enough), sustainability (it cannot fight for long enough) and mass (it is not big enough).

“Ironically, our defence force is the best it has been for the kind of wars of choice it has fought for 75 years while being severely deficient for the future. Australia is large enough and rich enough to defend itself in these frightening times; we just choose not to.

“Ten years is a long time in the Indo-Pacific for the $270bn remediation plan to work.

“[The] Australian Defence Force still may be able to last only for days in a modern war dominated by China, even side-by-side with US forces.

“This is an existential failure for Australia.

“The relevance of this situation is dark enough for the US, but it is even darker for Australia with its paucity of force in its one-shot military, enormous vulnerabilities within the nation, and weakness in its once great and powerful ally.

“It is likely that Australia will never deter a war between China and the US. We are not a big enough player. Australia might deter a direct attack on Australia by China from within such a US-China war by being able to reduce our vulnerability to such an attack.

“For example, as a priority, Australia might invest in ballistic missile defence, the ability to manage a sea mine attack on our ports, or resilience to economic attack through the production of liquid fuel domestically and a reserve of fuels, ammunition, missiles and spare parts for the military and our energy sector.

“But what Australia must now prepare for is the distinct possibility that the US might be forced out of our region for a very long time and China could run rampant.

“Is our nation’s resilience and self-reliance enough for this, or our defence force lethal enough, able to fight for long enough, and big enough to defend against Chinese coercion or subsequent aggression while the US recovers? And what is our strategy to make the nation and the defence force resilient and powerful? Finally, how much time do we have?”

What Advance would like to know is how much time until the Prime Minister promotes Molan to the front bench with a portfolio in defence?

If Molan could get more than 112,000 first preference votes in NSW, imagine the destruction he could reap on Anthony Albanese and Labor’s new policy of making climate change a national security priority. If only the Libs would take him as seriously as their voter base does.