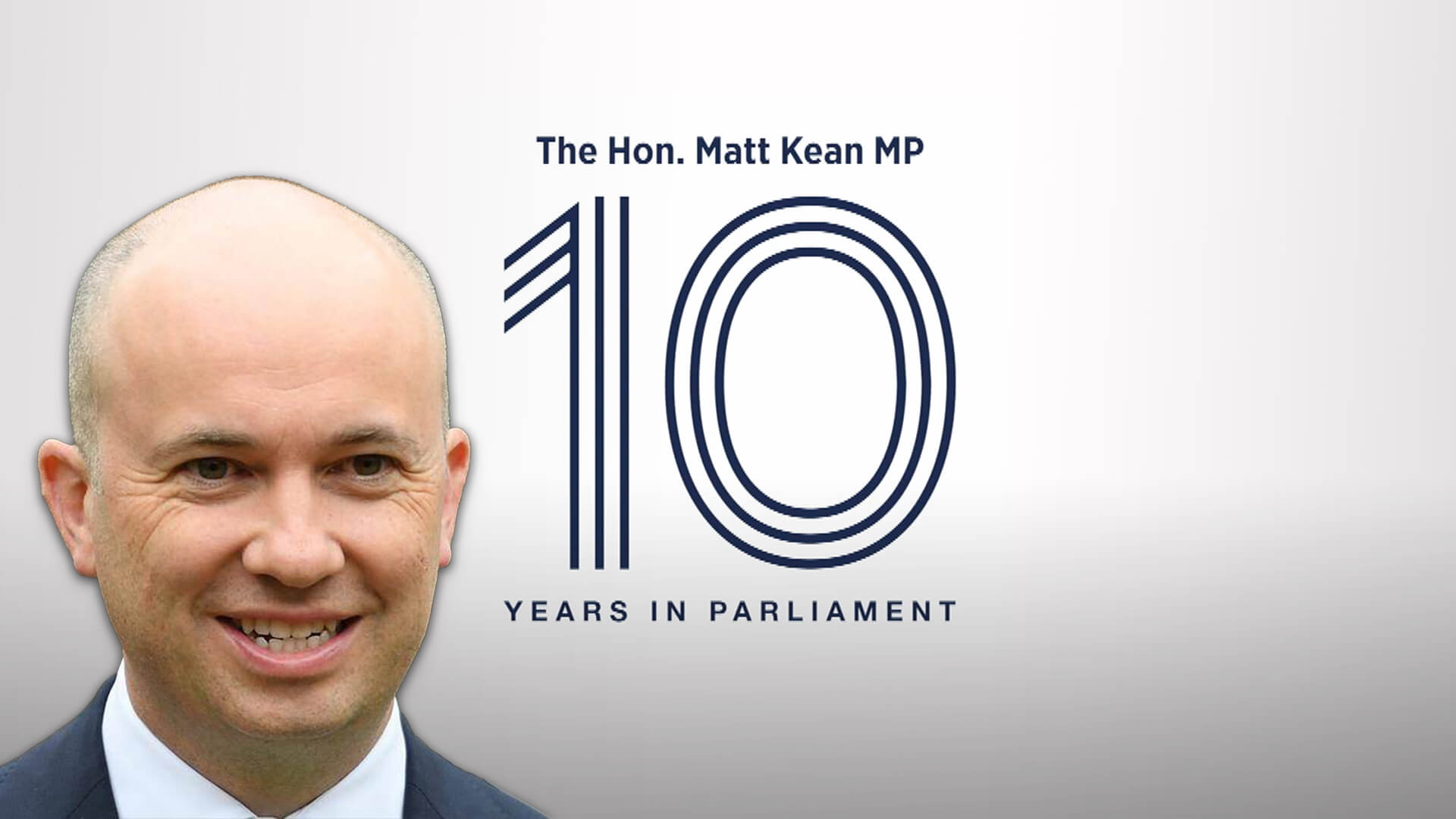 Not only does Advance Australia congratulate the New South Wales Energy and Environment Minister on regaining his freedom, now he no longer endangers the Coalition’s chances of winning back coal voters in the Hunter; but we sincerely congratulate him on reaching ten years in Parliament!

However, while most ordinary politicians celebrate their parliamentary anniversaries around the dinner table with their families, Mr Kean took a more ego-driven approach.

In a farcical video montage described by Ben Fordham as “cringeworthy” and the Telegraph as “resembling a scene from a satirical TV show rather than a political advert”; Mr Kean boasted about his so-called political “accomplishments” with his closest buddies.

For instance, after Kean bragged about how “we’ve expanded the size of our national park estate by 300,000 hectares”, Nature Conservation Council CEO, Chris Gambian said, “Matt’s earned the respect of the environment movement in NSW because of his big ambitious plans for nature and climate action. He is really well placed to become one of the great Environment Ministers in NSW history”.

Up next was billionaire climate activist Mike Cannon-Brookes, who said Kean’s green energy roadmap is “a shot in the arm for our state and will create thousands of jobs in the process”.

And to top it off, Kean finished by kissing his son, and saying his priority is “leaving our planet to our kids better than we found it”.

Now, here are a few questions for you and your climate cronies:

Minister, how does rapidly increasing the size of our national parks help our native wildlife when they’re already overrun with invasive species and fuel build-ups for future wildfires?

As Queensland Opposition Leader David Cristafulli said during the 2019/20 bushfires: “If you speak to the everyday farmer, he or she will tell you the worst neighbour you can possibly have is Queensland government. It’s National Parks.” And the situation is by no means better in NSW.

In fact, we already have 7 million hectares of national parkland in NSW, with 50 per cent of the land hit by the NSW 2019/20 bushfires inside their boundaries. The official inquiry into the fires explicitly recommended the government implement mandatory land clearing and more hazard reduction burns closer to communities – not more unmanaged national parks.

Minister, why do you think it’s appropriate to flaunt how Nature Conservation Council CEO, Chris Gambian claims you’ve “earned the respect of the environment movement” because of your “big ambitious plans for climate action”?

Gambian is the sort of bloke who demands “the Department of Planning, Industry and Environment reject” AGL’s new proposal for a 250 megawatt gas/diesel-fired power station in Newcastle – even though it’s specifically designed to “supply electricity to the grid at short notice… particularly during periods where intermittent renewable energy supply is low or during supply outages”.

Finally, why does billionaire green activist Mike Cannon-Brookes think your green energy roadmap is “a shot in the arm for our state and will create thousands of jobs in the process”?

As NSW One Nation leader Mark Latham said this week: “Kean was promising an avalanche of private sector investment – not only in renewables but in gas peaking plants and pumped hydro – to keep the lights on when the sun’s not shining and the wind’s not blowing…but it hasn’t come about.”

“The private investment hasn’t been there, and now we need enormous public money to do the obvious thing and provide power generation to keep the lights on.”