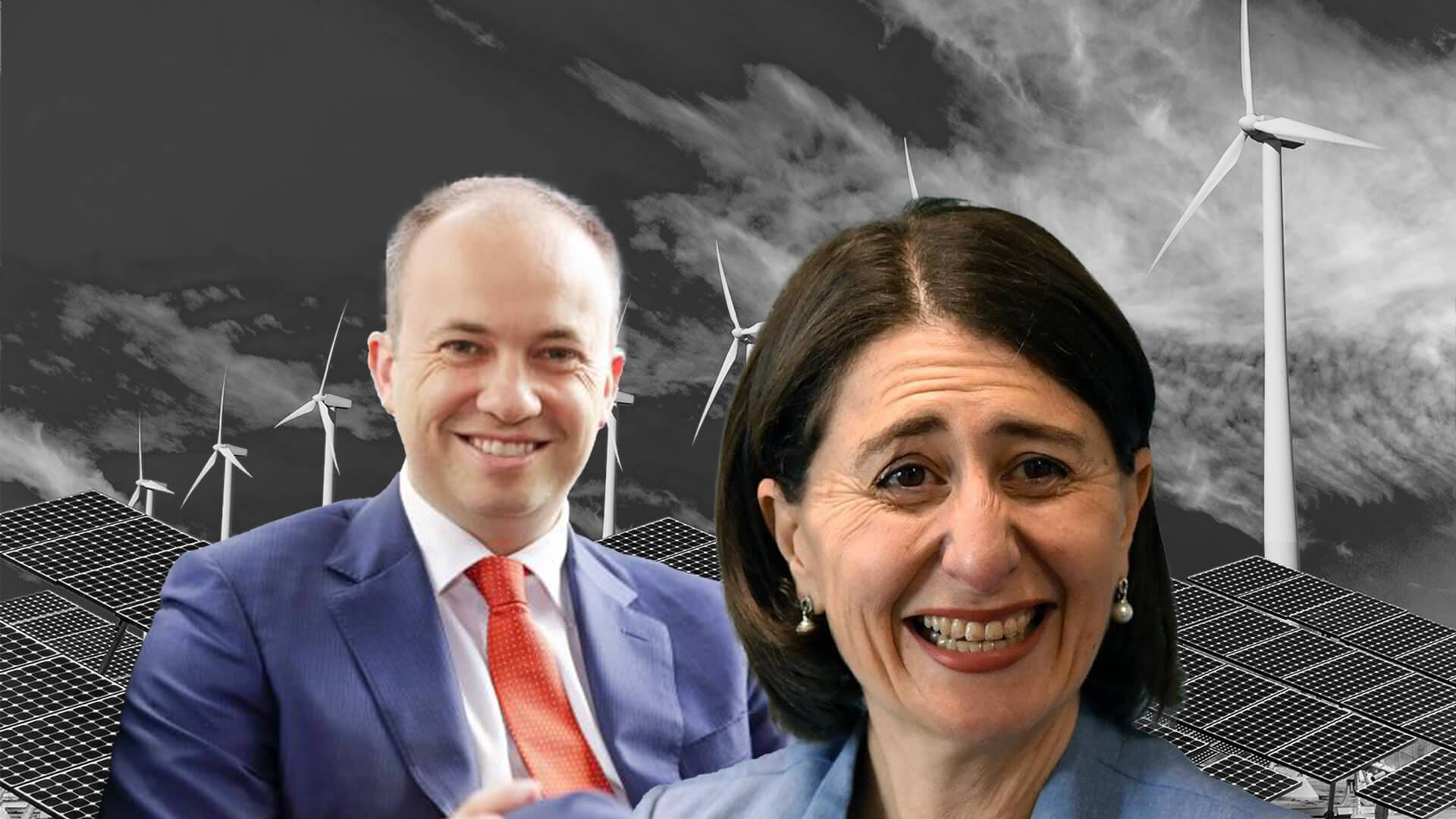 The so-called NSW energy minister, Matt Kean, has just awarded a contract to a Chinese Communist Party-controlled company to build windmills while the CCP is shoring up its energy supplies by building 100 coal-fired power stations.

The comrades in Beijing must be laughing so hard it hurts.

What on Earth is going on at Macquarie Street?

It seems the lost Libs would rather attend to cashed-up Zali Steggall voters from Manly Beach – people more concerned about net zero emissions than the rising cost of living our families and businesses face thanks to our obsession with taxpayer-subsidised, foreign-made, intermittent ‘renewables’.

As per usual though, Senator Matt Canavan gets it.

He slammed the Berejiklian government’s “radical legislation” to transition NSW to renewables without consulting the federal government.

He asks why rural people should be kept up at night by “noisy wind farms just so guilt ridden inner-city people can sleep”?

And instead declared that the government should build a new coal-fired power plant in the Hunter.

China is making itself strong using our coal while Kean helps them make us weak by paying them to install windmills.

No longer can we have Matt Kean working against the national interest with radical legislation like his Electricity Infrastructure Roadmap.

The people of NSW never voted for a Bill which effectively phases out coal and gas, and replaces it with wind, solar and pumped hydro.

And they sure didn’t vote for a Bill based on dubious modelling and long-term hypotheticals.

“An independent audit of the modelling showed it’s dramatically flawed – that this plan is probably going to bring forward the closure of the existing power generators running the risk of blackouts and higher prices.

NSW doesn’t want to become the next South Australia.

We don’t want Kean’s plan which will replace coal-fired power with solar and wind and ‘firm’ the grid with pumped hydro when the wind doesn’t blow and the sun doesn’t shine – a technology Mark Latham says “there’s no proven case for in NSW.”

And when pumped hydro isn’t picking up enough of the slack because it happens to be an especially cloudy and windless day, Kean hopes to fill the gap with battery storage - another unproven technology which currently dispatches a meagre 0.08% of energy in Australia.

So, Kean thinks it’s okay for a state of over 8 million people to be reliant on the wind and sun for its power – and for the grid to be backed up with unproven battery and pumped hydro technology.

He thinks its okay to fly to Cobar in a private jet to announce he’s handing over 15,000 hectares of land to local Aboriginals while lecturing working class Aussies on the need to reduce their carbon footprint.

And he thinks it’s okay his director of policy, Ava Hancock, is the sister of Michael Photios’s business partner, Ian Hancock – when both Ian Hancock and Photios are directors of Clean Energy Strategies, a corporate advisory whose clients intersect with Mr Kean’s portfolio.

Hancock is also a co-board chair of the Blueprint Institute, a think tank devoted to research that includes, among other priorities, “embracing the transition to green energy”. Photios sits on the Institute’s strategic council.

Although his rhetoric on renewables and the coming Climategeddon may work in a hip Darlinghurst cocktail bar – the majority of Australians see right through the talk of models, emission reduction targets and the lie that renewables are the “cheapest form of energy”.

If renewables are the cheapest form of energy, why are Australian households forced to shell out $13b per year (or $1300 per household) to keep these inefficient wind turbines and solar panels propped up and operating?

If they’re so efficient, why does each wind turbine in Australia get $600,000 in taxpayer subsidies a year according to Senator Matt Canavan?

And if the world is transitioning to renewables, why did only 3% of global energy come from renewables in 2019, when more than USD$250 billion is invested in renewable energy (excluding hydro) every year?

When will Matt Kean answer these questions?

As Malcolm Turnbull himself wrote in the Guardian, “Matt Kean is on the same wavelength as Joe Biden and John Kerry.”

It’s time Scott Morrison and Gladys Berejiklian did the right thing and started listening to Matt Canavan and Mark Latham instead of our increasingly left-wing bureaucrats, ivory tower ‘experts’ and career politicians who feel the need to model themselves off elites in the American Democratic Party.

For if they don’t, they’ll only be doing parties like One Nation a favour…