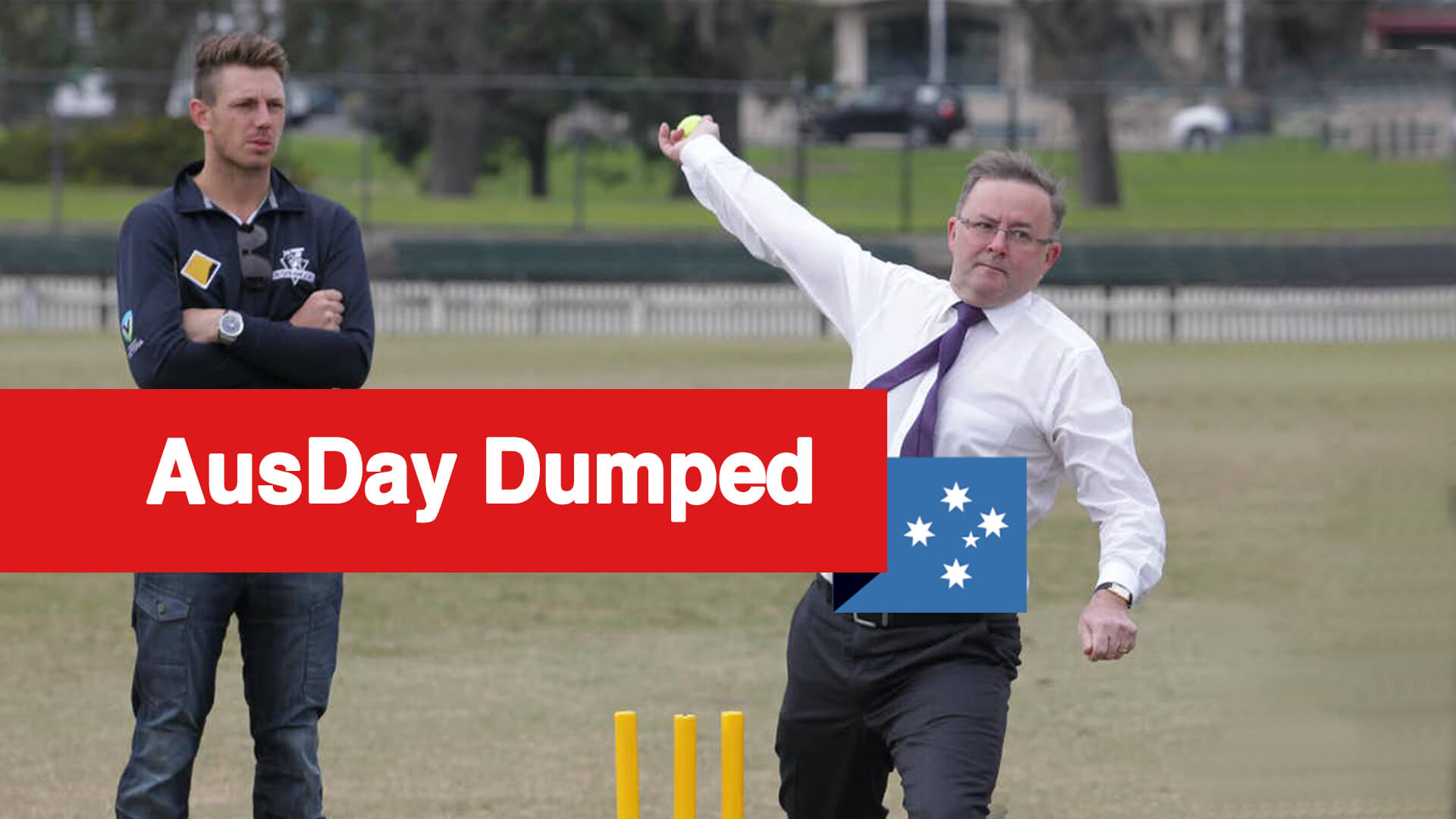 Now we know what Labor really thinks of January 26.

They’re with GetUp and the Greens.

Does it get any more un-Australian than that?

But she’s also thrown her leader Anthony Albanese under the bus for supporting January 26 as Australia Day.

Remember last year when Advance ran a full-page ad in The Australian asking Albo where he stood on the date?

After ducking and weaving, he eventually came out and locked Labor into keeping January 26.

But Burney yesterday said that’s not what Labor really believes.

Labor was “pragmatic enough” to know the date of Australia Day wouldn’t change, she revealed.

So according to Burney, Albo was having us on last year when he backed the 26th.

The reason Labor is wedged is because Australians love Australia Day and don’t want it to change.

They are tired of the shaming of our nation every Australia Day from activists who are hell-bent on tearing down Australian achievement.

CA has spent all summer forcing players to kowtow the violent Marxist Black Lives Matter movement by taking the knee or joining a barefoot circle before each series.

Their BBL ban of Australia Day was the last straw for Prime Minister Scott Morrison.

“It’s not cricket,” Morrison said. “I think cricket fans would like to see Cricket Australia focus a lot more on cricket and a lot less on politics.”

Morrison said Australia Day was “all about acknowledging how far we’ve come”.

And that’s the point.

No one denies we have some terrible blemishes in our past. Most nations do but Australia has far less than most.

In spite of our mistakes, we’ve made this nation a land of incredible opportunity for everyone from those with ancient roots here to those who’ve migrated here.

But try telling that to CA who yesterday doubled down on their wokeness.

Thankfully the Melbourne Stars are defying the CA ban on Australia Day.

The Australian reports: “The Melbourne Stars, one of the teams playing on January 26, have said they will be ignoring the advice from head office, with general manager Nick Cummin saying he thought the process was rushed and ‘arbitrary’.”

Morrison said: “The national apologies that have been put in place show we are prepared to deal with our past … and, more importantly, we don’t allow it to get in the way of our future.”

Sadly that “one and free” thing is not working out very well.