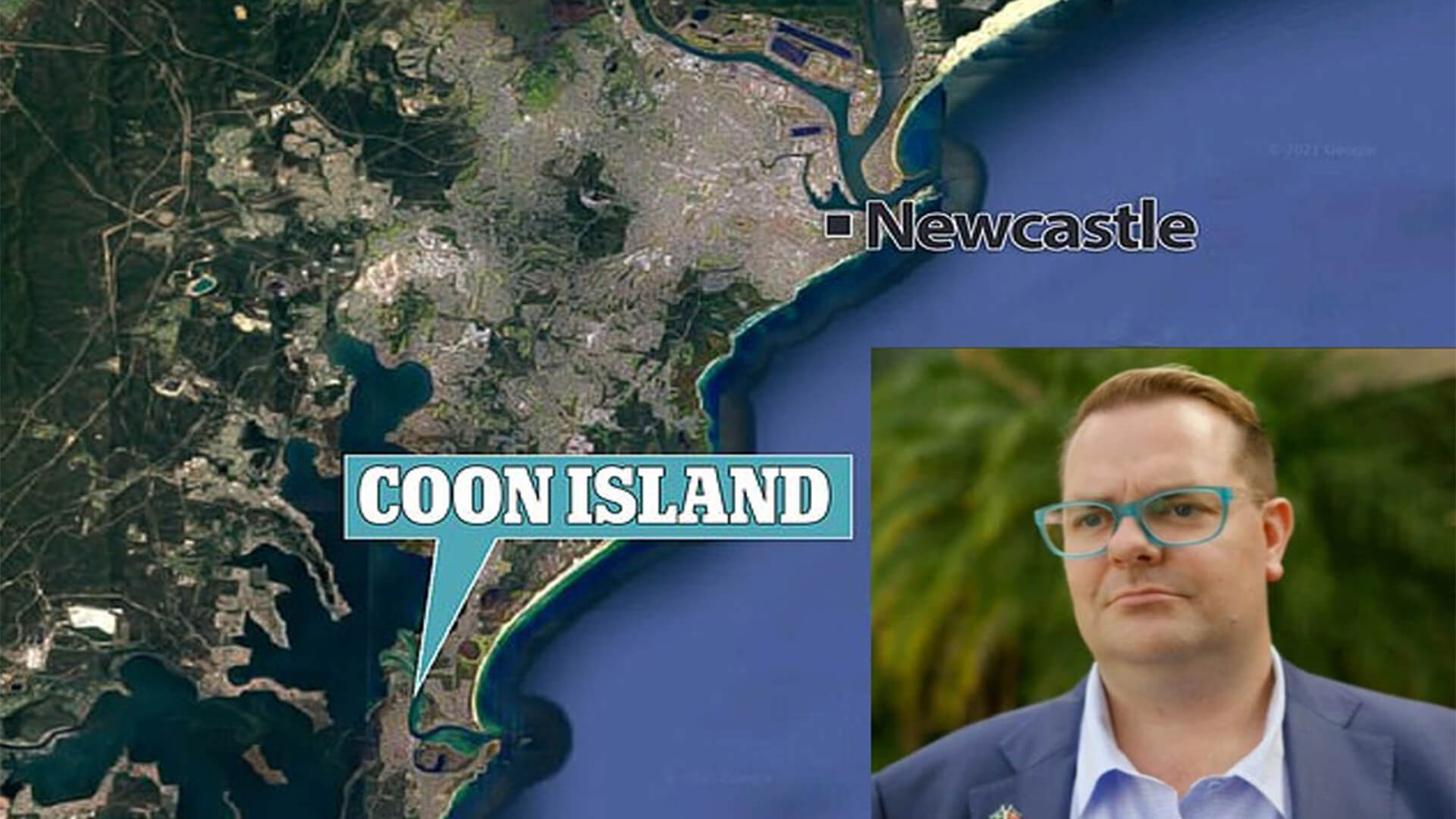 If you want to know what the future of the Liberal party looks like, have a gander at who they’re lining up to take the reigns of state and federal parliament.

As is often the case for the average ambitious Liberal party loyalist (or otherwise known as a “hack”), Councillor Kevin Baker is trying to make a name for himself as a Liberal councillor on the central coast of New South Wales.

What has been his approach?

It wasn’t to reduce rates for struggling local small businesses and households. Nor did he try to be a voice for the average Lake Macquarie resident who simply sees council as the mob who fills potholes and picks up the rubbish.

No, that wasn’t enough for Councillor Baker, you see.

Instead, Baker decided to champion a motion to change the name of Coon Island to Pirrita Island and Coon Island Point to Miners Point because the old names are “utterly racist” – even though 56 per cent of the local community was against changing the name.

More specifically, Baker told council that his “motion represents coming together and a time to heal.

“This motion continues council efforts to support reconciliation, healing and acceptance within our community,” he said.

“We have rare occasions where we can stand as leaders within our community and where we can support those in our communities where those are hurting. We have the ability tonight to recognise our shared history – both our European history and 60,000+ years of Aboriginal history,” he said.

Although the motion eventually passed, there was significant opposition, the most impressive instance of which came from independent Councillor John Gilbert.

According to Gilbert, he “hasn’t seen any real or credible evidence that this is actually a name that comes from a racial slur”.

“I have lived in this community for a couple of decades, the people around here who call it Coon Island are not racist,” he said.

“There has been a great deal of offence. They have felt that there has been grandstanding and publicity saying the people are using a racial slur.

“I certainly support First Nations Australians. I have worked with them in housing and the land councils. I greatly respect them. The Indigenous Australians I have spoken to have said it is an unnecessary and unfortunate event that really should not have come about.”

With all the issues facing Australia’s Indigenous communities, you’d assume activists would be busy fixing issues such as youth unemployment, alcoholism, domestic violence and welfare dependency.

Afterall, by Councillor Baker’s logic, anyone or anything which has a name that could be construed as offensive should have its name changed.

Will the Councillor go after Johnny Walker whiskey for naming their most well-known drink ‘black label?’ How about the Aussie towns Coonamble, Coonabarabran and Coonawarra?

Although, there’s absolutely nothing wrong with acknowledging the rich culture of Australia’s Aboriginal people and the tumultuous nature of their history since 1788, Councillor Baker’s move to rename Coon Island and Coon Point will do nothing to mitigate the fact that of the 43,000 Australian prisoners in jail in 2019, almost 12,000 were Aborigines.

It won’t do anything to reduce the prevalence of syphilis in Aboriginal communities with underage Aboriginal girls 60 times more likely to contract syphilis than their non-Aboriginal counterparts.

All it will do is allow Councillor Baker to make a name for himself before he makes the move to run for state or federal parliament.

This is how shallow our political system has become…