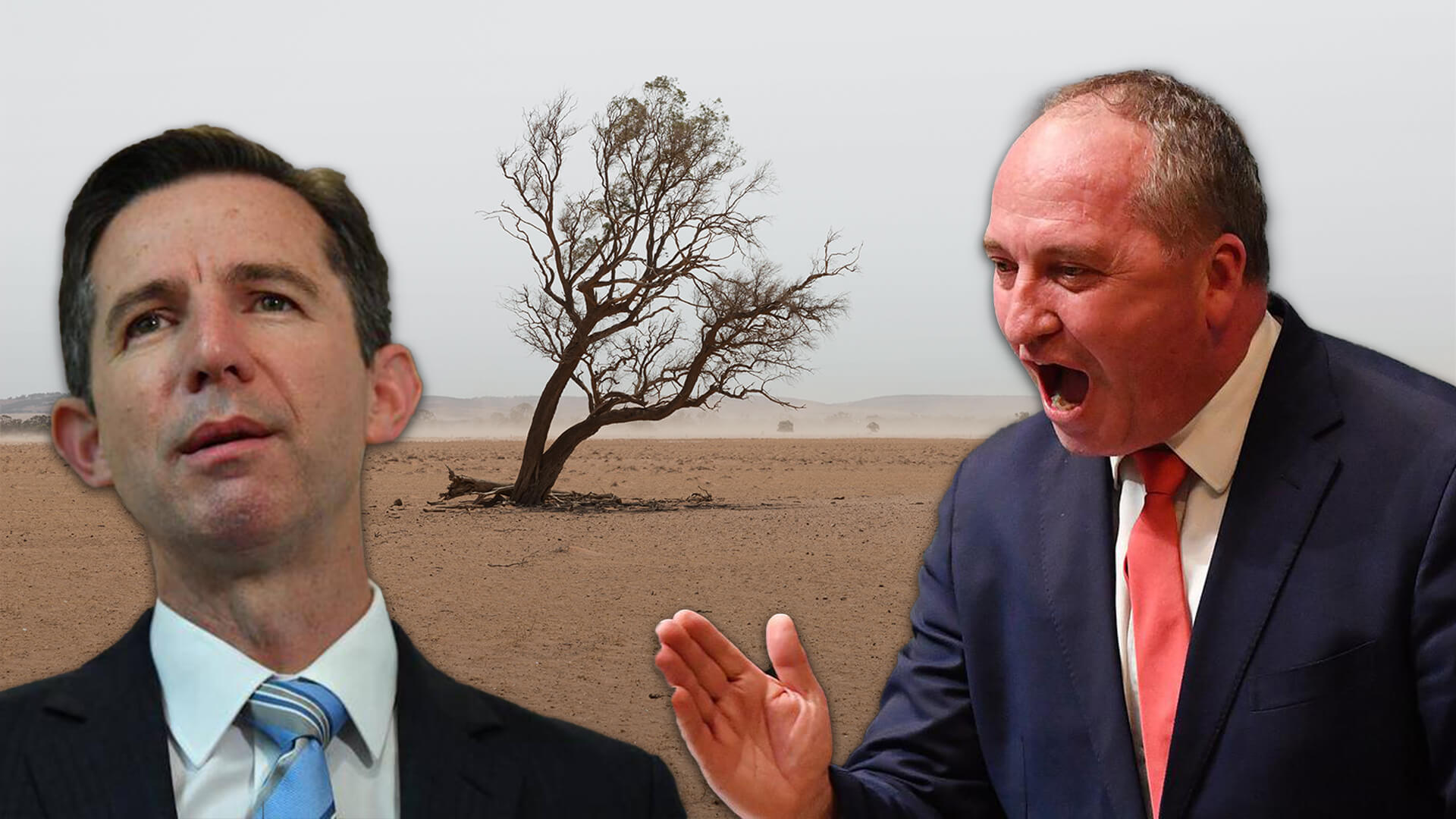 The “Modern Liberals” have done it again.

However, this time, instead of undermining the livelihoods of coal miners and workers in energy-intensive industry, they’ve gone after our farmers.

Only days after Barnaby Joyce was promoted leader of the Nationals, several members of his freshly invigorated partyroom proposed a water bill to improve the terms of the controversial Murray Darling Basin Plan.

Well done to the Nationals and shame on the Liberals!

As Advance wrote a few months ago, although the Murray Darling Basin Plan was implemented in the name of green environmentalism, it has damaged farmers and the environment.

For instance, when Charles Sturt discovered the Murray in the 1820s, he found a salt-infused, irregular waterway unsuitable for industrial agricultural production.

It was only after the construction of the Hume Dam in 1936, and the allocation of around one-third of the system’s average annual flow to irrigation, that the river was transformed into a continuously flowing river responsible for 40 per cent of the nation’s agricultural output.

Even so, the usual suspects like Tim Flannery demanded our farmers’ prized irrigation water be sacrificed to ensure the Murray isn’t threatened by so-called “salinity issues” – ignoring the fact the Murray was far more saline before the construction of dams for irrigation.

And, as is the pattern these days, the government pathetically caved in by separating water rights from land rights and purchasing water from farmers for “environmental purposes”, with Rudd spending $3.1 billion to purchase 2750GL of the 12,000GL allocated to farmers – a 20 per cent decrease in the amount of water they were allowed to use.

What was the result?

As Chris Brooks of the Southern Riverina Irrigators said in 2018, “while drought cripples the eastern states, three barrages in the Lower Lakes remain open to the sea, with these lakes at 97 percent capacity”. Ironically, this perfectly usable water is then treated at the Adelaide Desalination Plant.

The Murray Darling Basin Authority’s diversions have inadvertently resulted in floods throughout prime agricultural land and National Parks such as the Barmah Forest.

Then there were the fish deaths.

According to Tolarno Station farmer Kate Mcbride, the millions of fish deaths down the Lower Darling in 2019 were caused by “water mismanagement”.

McBride said, “the Menindee Lakes were drained twice within four years, and each time it was drained, there was about seven to eight years of water which would have been a refuge for the fish.” Instead, much of the drained water evaporated, some was allocated for irrigation and 244GL were allocated for “environmental uses”.

To make matters even worse, there are private companies with multi-million-dollar water assets held for speculative purposes, with Duxton Water owning “$311 million in water assets”, 14 per cent of water trading being conducted by entities who don’t own land, and 10.4 per cent of water entitlements being foreign owned, with China owning 1.5 times the water in Sydney Harbour.

As Justine Keech, the Vice-President of the Deniliquin Business Chamber told the ABC, the farmer is “not taking a punt on having to grow something – he’s got a sure bet by selling his water”.

Yet still, people wonder why the regions can’t keep up with mounting unemployment, suicide, substance abuse and domestic violence; and “modern Liberal” heavyweight Simon Birmingham maintains the Liberals are:

“Proud as a government to have ensured that billions and billions, thousands of billions of litres of additional water entitlement have been secured to support environmental flows across the Murray-Darling Basin.”

Let’s hope Barnaby puts Birmingham in his place before the next drought comes.

For if he doesn’t, we may see the final nail in the coffin for agriculture on the Murray-Darling sooner than we think.