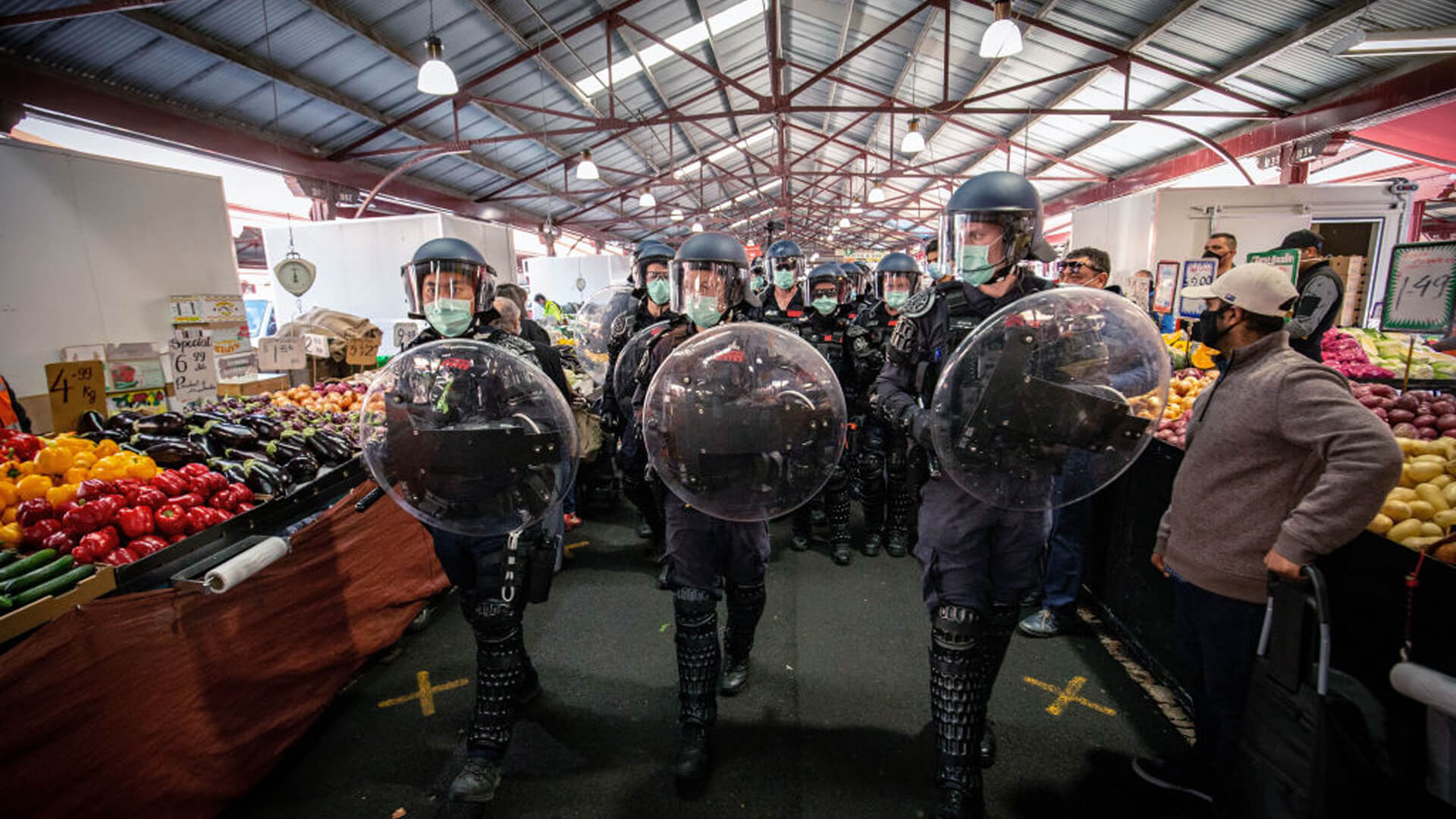 As many of us have been warning for decades, there isn’t one institution in Australia safe from infiltration by left-wing activists their so-called “expert” mates.

The latest of many is our police forces.

Don’t get us wrong, Advance is a great supporter of our police.

We deplore those who declare the “cops were created in this nation specifically and solely to hunt Black people seeking freedom” to use the words of “trained Marxist” and BLM co-founder Patrisse Khan-Cullors.

And we vehemently condemn the Greens who earlier this year voted against a motion condemning calls to defund police forces across the country.

However, as one of the Founding Fathers of the United States, Benjamin Franklin said:

“It is the first responsibility of every citizen to question authority.”

This is exactly what member of the Public Order and Riot Squad Senior Constable Kevin Dawson did last week when he penned a letter to the Police Commissioner of New South Wales, Mick Fuller.

In his letter, Constable Dawson publicly accused NSW Police of “double standards and blatant hypocrisy” in its handling of public health orders across different community groups.

He took issue with how his officers “were instructed to assist with the BLM and Armenian protests, yet more recently we have been told to “make an example” of people protesting anything deemed to be anti-government, with a “get them quick” attitude.”

He continued, saying his officers had been asked to enforce “arbitrary rules” without any verifiable scientific basis “… in the name of public health and safety, often infringing upon basic human rights in the process”.

And he added “it appears the medical establishment has taken over the decision making through unelected Chief Health Officers.”

Constable Dawson has proven himself to be a man of the upmost integrity – a quality severely lacking in the upper echelons of many of our institutions.

He’s exactly right in what he wrote - and the double standards he’s pointed out can be seen right across the country.

For example, why did Daniel Andrews roll out the red carpet for 10,000 BLM protesters by declaring that participants would not be fined, before Victoria Police arrested a distressed pregnant mother in front of her children for an anti-lockdown Facebook post?

Why were our police instructed by the government to “follow the science” and enforce hard lockdowns when the WHO said lockdowns just freeze the virus instead of eliminating it?

And why are our police and security guards forced to ensure patrons at the local watering hole sit down while having a beer? Does the virus only spread while people are standing up?

None of this is surprising though.

Let’s just hope our police don’t follow the lead of the UK Metropolitan Police which has set a target to recruit 40% of new staff from minority backgrounds - the very same police force which “took the knee to the Black Lives Matter protestors,” “allowed extinction rebellion protests to go ahead, but when there was this anti-lockdown priest in Trafalgar square at the weekend, used extreme force,” according to Brendan O’Neil.

This is how the left do it.

They slowly infiltrate an institution with affirmative action and quotas to change its internal culture – with the ultimate goal being to impose their own radical left-wing ideas on society at large.

We can not let this happen in Australia.

Let’s hope more of our courageous policemen and women stand up and speak out like Constable Dawson has.

Our police must understand they’ve only been given a gun and a badge to ensure Australians remain free, prosperous and secure.

Anything which crosses that boundary has to be called out and stopped immediately.