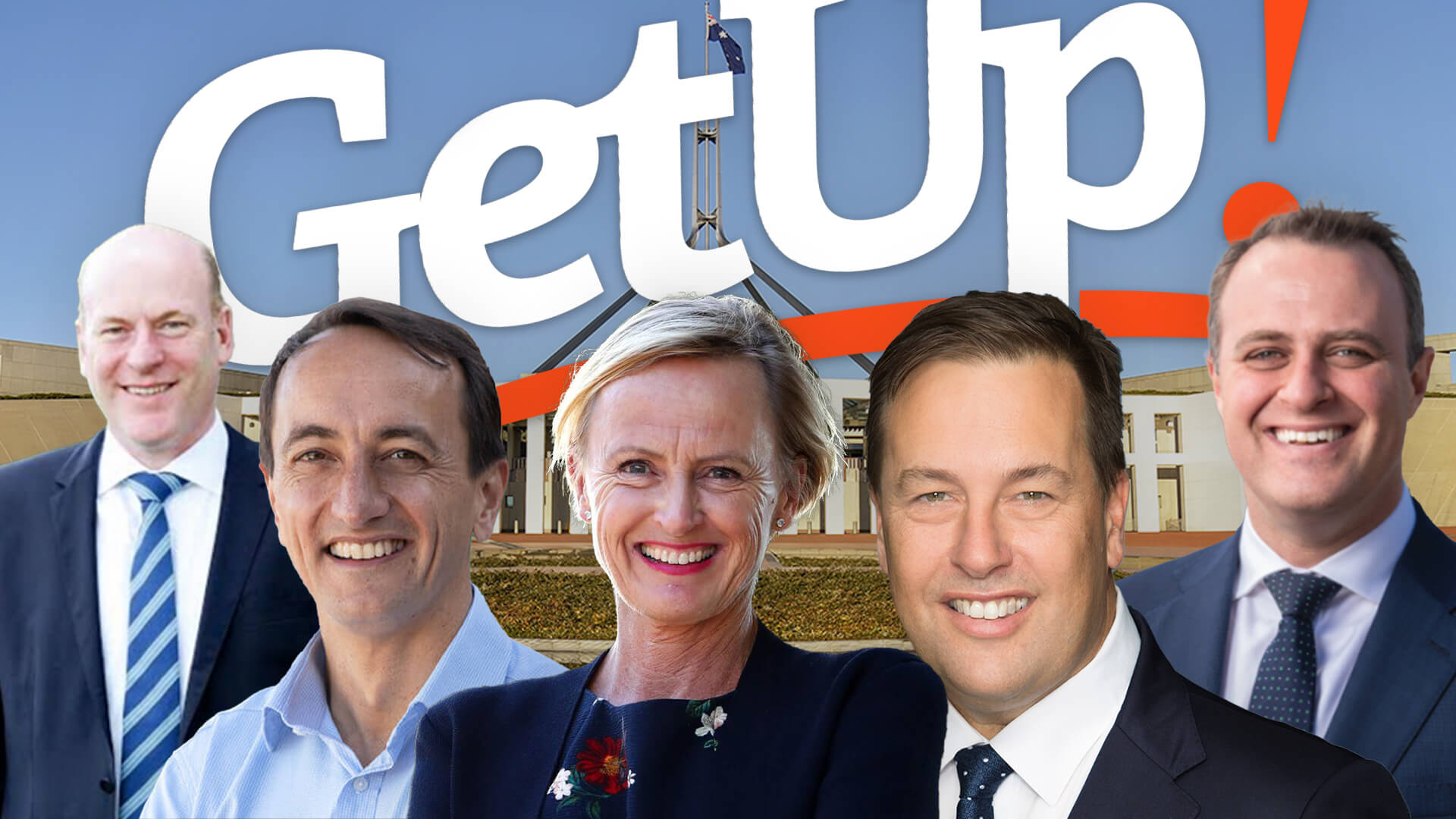 Far-left political agitators, GetUp, have asked their supporters to “thank” federal Liberal politician, Trent Zimmerman for “standing up to the climate wreckers” and “taking climate action.”

Although this comes as no surprise, it’s a powerful visual reminder of how far the Liberal party has drifted from its roots in recent times, notwithstanding the demise of Malcolm Turnbull.

Now GetUp is running campaigns to promote its people in the Liberal party room. 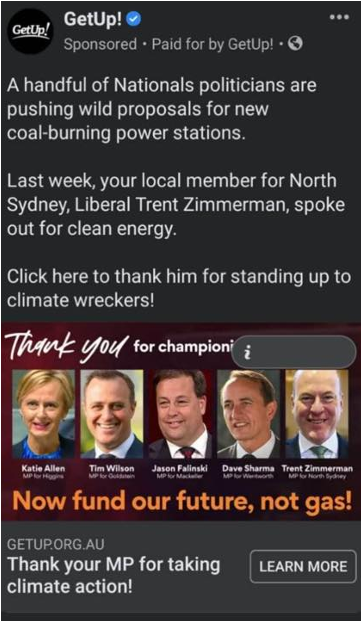 GetUp expects them now to scuttle Prime Minister Scott Morrison’s plan to keep the lights on and industry alive through gas-fired power.

GetUp won’t be happy until the hills are littered with expensive and inefficient Chinese Communist Party-made windmills and solar panels.

All the while, the CCP keeps strengthening its energy and military might by building coal-fired power stations under the UN’s ludicrous Paris Agreement.

GetUp must be thinking the millions it spent ousting Tony Abbott as member for Warringah was a good investment because for the price of one Zali Steggall it has gained the likes of Trent Zimmerman, Dave Sharma, Tim Wilson, Katie Allen and Jason Falinski.

Unlike Zali, they are on the inside white-anting Australia’s energy security, within the Liberals’ party room.

With the so-called “modern Liberals” having effectively undermined coal and the desperate need for another coal-fired power station in the Hunter Valley, GetUp now expects them to also oppose gas-fired power.

Bearing all this in mind, its clear that since the departure of Tony Abbott and the rise of Malcolm Turnbull and Scott Morrison, the Liberals have drifted to the left.

It appears many of the so-called “modern” Liberals have forgotten what conservative Tony Abbott achieved when he was leader.

Australia was on a path to security and prosperity.

Even Scott Morrison, the man who took a lump of coal into the Parliament, hasn’t come anywhere near Abbott’s achievements.

ScoMo hasn’t backed coal and has pivoted to gas. He’s started this year committing to net zero emissions by 2050 but power prices for our manufacturers, households and small businesses have remain at record heights.

This is not what most Coalition voters voted for in 2019.

The 2019 election was dubbed “a referendum on climate change” for goodness sake, and now we have “modern Liberals” following the lead of Bill Shorten and Anthony Albanese, men one can only describe as chronic election losers.

Let’s hope Scott Morrison and his closest confidants realise that the public aren’t stupid and can see a fake from a mile off.

For if he doesn’t come to terms with this, disaffected conservatives and workers in energy-intensive industry will rebel and vote not for the Coalition, but minor parties like One Nation and perhaps even Labor simply out of spite.

Having paid-up members of club GetUp in the party room won’t help ScoMo’s cause.