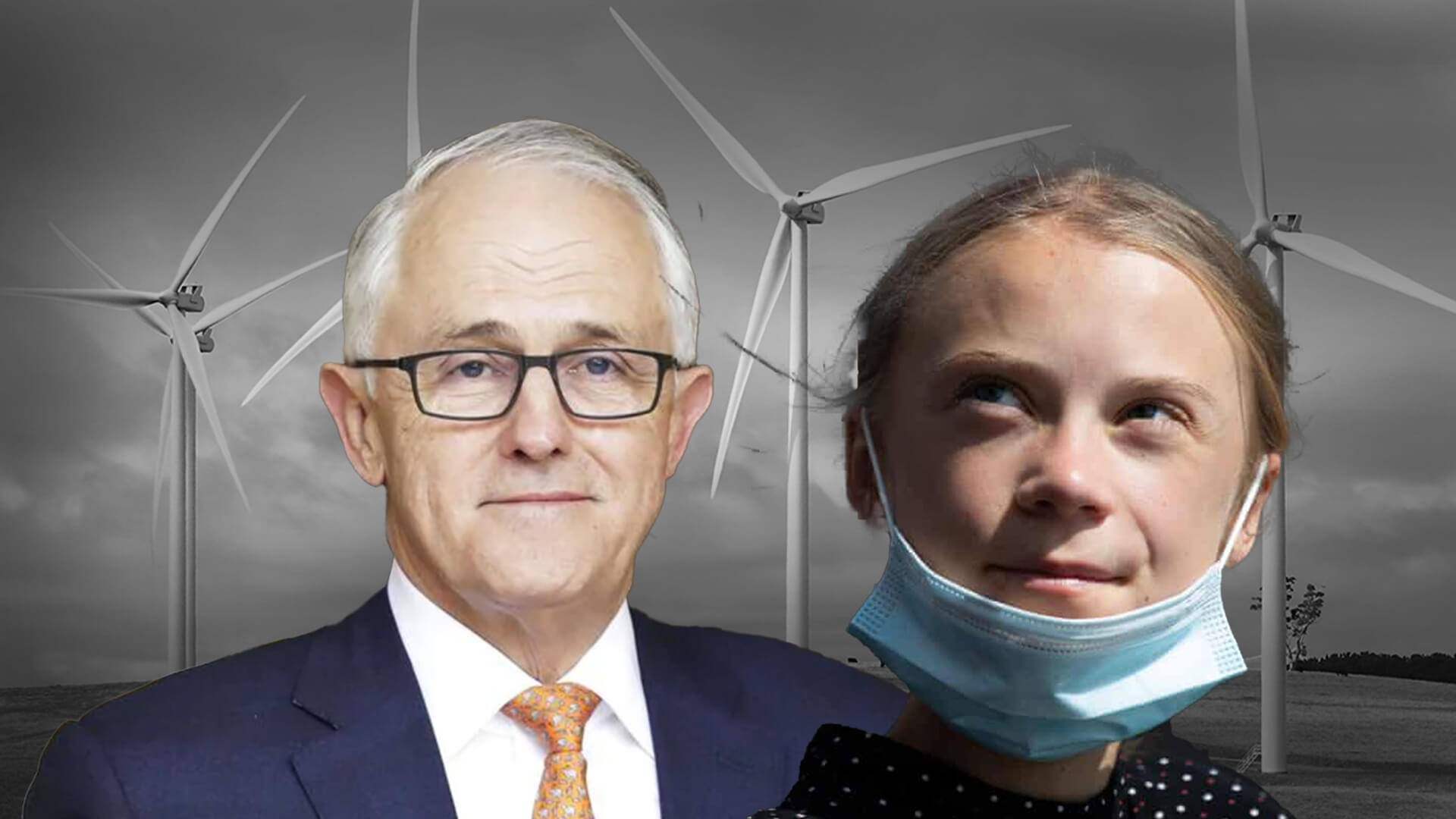 Malcom the “miserable ghost” Turnbull has come back to haunt Scott Morrison in a bid to spook the PM into “more action on climate change”.

The Australian reports that “Malcolm Turnbull has predicted Australia’s Prime Minister Scott Morrison will cave to international pressure and sign up to a net zero emissions target by 2050 after clinging too closely to Donald Trump’s rhetoric”.

Dancing on the President’s political grave (that’s what ghosts do), Turnbull has accused Morrison of a bit spiritualism himself.

“All the talk about being against globalism and so forth was channelling ‘the Donald’, including on climate,” the unfriendly ghost told a group of business leaders in Sydney.

In doing so Turnbull has outed the demon behind climate change – the globalist agenda to which he thinks Australia should submit.

It seems Turnbull is the one messing with evil spirits – channelling the World Economic Forum Executive Chairman Professor Klaus Schwab who is gearing up for his Covid-inspired “Great Reset” at Davos next May.

Schwab, who wants to use Covid-style restrictions on people to address climate change, says the WEF’s job is to focus on “the worsening climate crisis as well as unmasking leaders working for themselves rather than their citizens”.

It seems Turnbull and Schwab are in lockstep right there.

Forget that the “quiet Australians” rejected then Labor Leader Bill Shorten’s uncosted plans to decarbonise the Australian economy at the 2019 election, in Turnbull and Schwab’s view of the world, leaders like Morrison are not working for their citizens.

This is despite the fact that those same citizens voted for coal jobs and cheaper and more reliable electricity.

Turnbull goes on to say that Australia had better get on board with the globalist climate agenda or “we will pay a heavy price in international trade.”

That’s right folks, the Davos elites and the European Union will punish us if we don’t throw the coal industry and our competitive advantage on energy under the climate bus.

And how’s this for some gratuitous advice from a former PM suffering from relevance deprivation syndrome.

“We’re absolutely kidding ourselves and I can see the Americans making that (yet more emissions reductions) a condition of trade agreements right around the world. What Scott has to do now is pivot or dismount - whatever you want to call it. Whether it’s done elegantly or not it doesn’t really matter - as long as he does it.”

Turnbull, who lives in a Sydney harbourside mansion, doesn’t care who loses their jobs or how much people in Western Sydney have to pay for their electricity.

Then there’s the ultimate get square against former Finance Minister Mathias Corman, who is seeking the top job at the Paris-based Organisation for Economic Cooperation and Development (OECD).

Remember, Corman withdrew his support for Turnbull’s prime ministership during the 2018 leadership coup, effectively paving the way for ScoMo to take the crown.

“You can imagine the concerns, in European capitals particularly, saying ‘Hang on these are the Australians who want Mathias to be secretary general of the OECD and where do they stand on climate?’” Turnbull told the business leaders.

“It’s not a good look. So if we want to be taken seriously in the global community as a strong and committed voice of conviction then we’ve got to be able to step up at least to the targets and commitments that all of our trading partners have done.”

You heard that right. We are being blackmailed, egged on by Turnbull, to get on board with globalists and shoot our economy in the foot.

“The Trump era is over - at least for four years - and we don’t want to be looking like a Trump-lite refuge in the southern hemisphere,” Turnbull gushed, forgetting that allegations of widespread electoral fraud are still being tested in the courts.

So there you have it – the globalist gospel according to Malcolm Turnbull.

Oh, and any new gospel has to have an evangelist.

But don’t worry, our former PM turned spiritual guide has that covered too with this glowing comment about Joe Biden, ,whom he hopes will be inaugurated on January 20.

“He’s announced John Kerry - who is a real climate action evangelist with huge global credibility - will be the climate tsar and so Australia has to get on board.”

The climate cult is real folks. From child high priestess Greta Thunberg to channelers of spirits, ghosts and evangelists, it’s all about keeping the globalist faith.