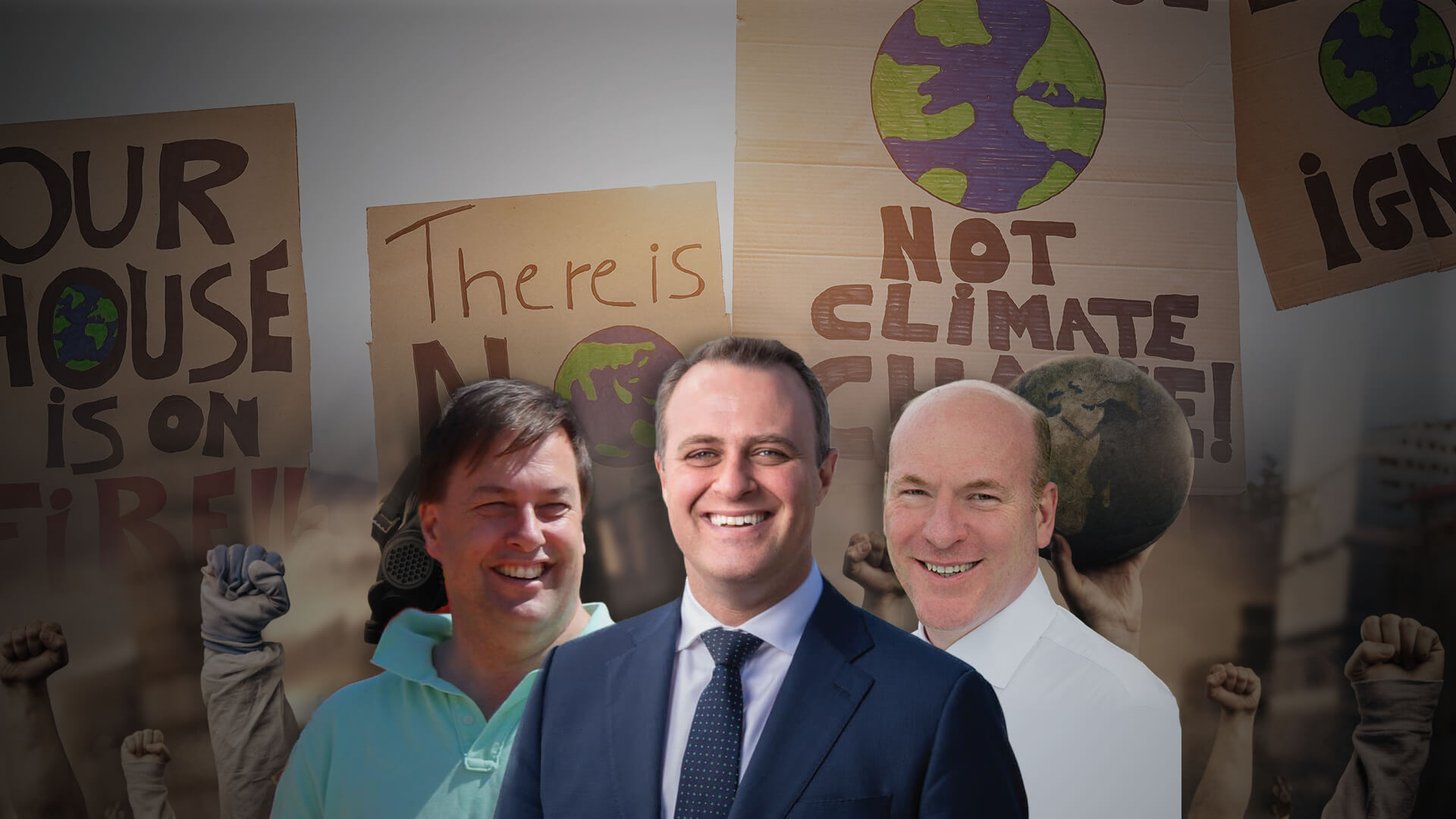 A cluster of “moderate” Liberals have jumped into bed with the Greens’ Adam Bandt, Get-Up!’s Zali Steggall and other leftists…  To change the climate.

The group aims to serve as a safe place for climate action, away from the “partisan politics”.

“Climate action should be an issue that crosses the political divide. Managing risk is actually quite a conservative approach to take,” said Sharkie.

Steggall, known for speaking without saying anything, said it was a way of bringing ideas together with tangible action.

“I’m calling for a sensible approach to climate change that is bipartisan and productive, which I hope this group will bring.”

This latest collaboration of Liberals who belong in other parties with members of actual other parties is a poke in the eye for Prime Minister Scott Morrison and Energy Minister Angus Taylor who are dutifully trying to fix our electricity supply and power price crisis.

Did these Libs not hear Morrison tell the United Nations two weeks ago that Australia has done more than its fair share for “climate action”?

Australia’s pensioners, working families and small business people know it better than anyone, struggling to pay their super-sized electricity bills.

What are the heck are these Liberals doing using their position in parliament to undermine the aspirations of mainstream Australians?

The Green-GetUp! alliance believe the same as the Extinction Rebellion anarchists – there’s an imminent “climate catastrophe” and they are prepared to trash the economy to ‘help’.

The adults in the Liberal Party should hear warning bells at this latest foray with their ideological enemies.

The Left’s recent radical policy gains are due to their collaboration with rogue Liberals such as these.

How leftists must just laugh when they see Libs signing up to cooperate with them on their favourite causes.