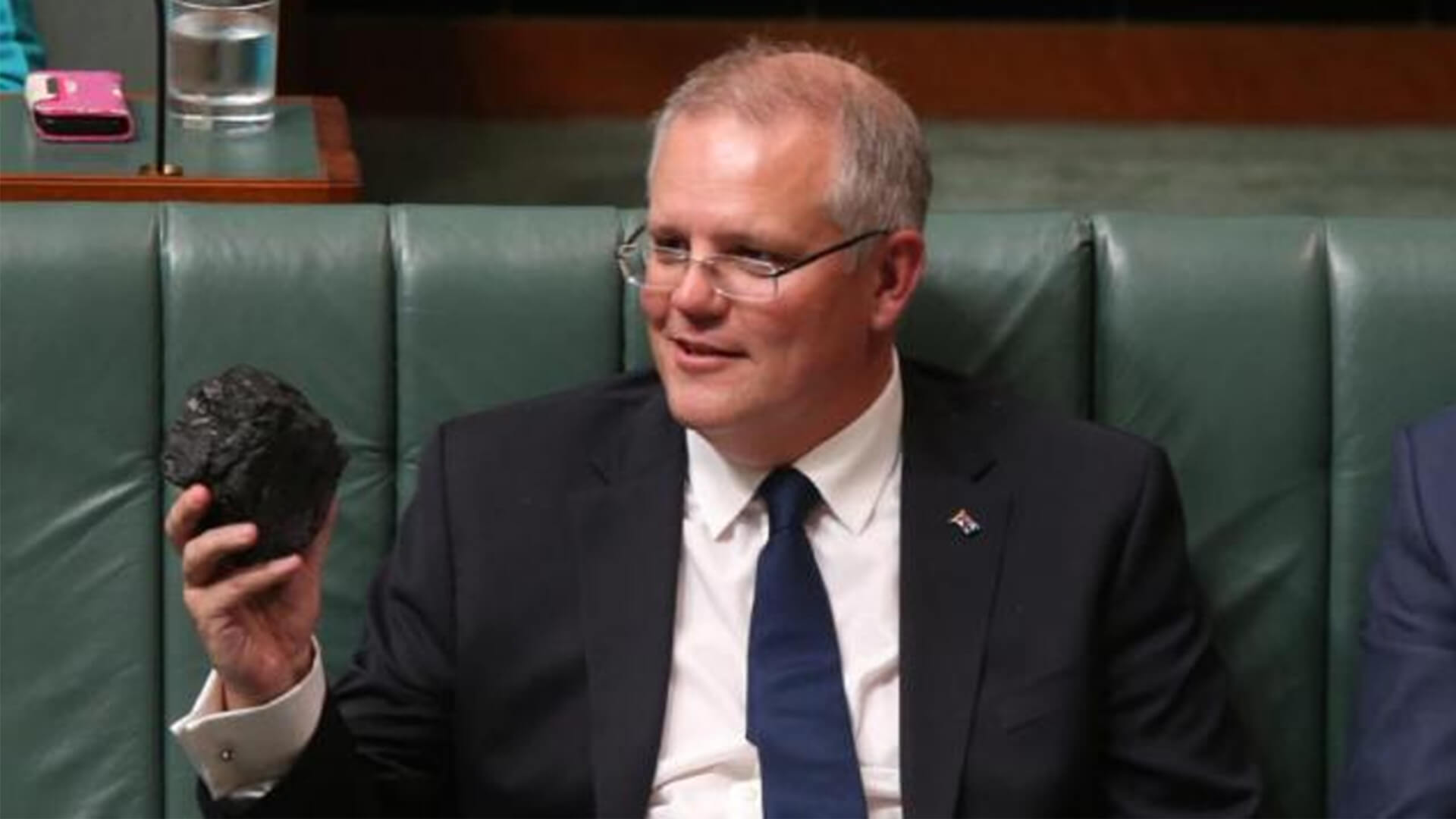 As the old adage goes, “there ain’t no such thing as a free lunch.”

Yesterday Prime Minister Scott Morrison revealed his government’s intention “to reach net-zero emissions as soon as possible, and preferably by 2050.”

Unlike the Labor party though, the Coalition won’t be going down the expensive path of carbon taxes and emission trading schemes.

Rather, Scomo has pledged not to “tax our way” to net zero emissions by focusing instead on investment in new renewable technologies such as hydrogen.

Whatever happened to the Scott Morrison, who took a lump of coal into Parliament?

Any Australian who’s worked in manufacturing or an energy-intensive industry can tell you they’ve already suffered under significant tax hikes derived from the hype about renewables and net-zero emissions.

Although the bureaucrats at Treasury would disagree, surely a 91 per cent increase in electricity prices for our manufactures over a decade is representative of a huge tax on our small businesses?

Or how about our households which, according to economist Alan Moran, face an extra cost of $1300 a year because of climate change policies?

Is that not a tax?

At the very least it’s a hidden tax, and they sure don’t end there.

In his latest report, Moran found that for every subsidised “green” job created, 2.2 jobs are lost elsewhere in the economy, meaning higher unemployment, greater welfare costs, and ultimately increased taxes, debt and money printing to fill the void in the long-run.

And speaking of welfare costs, the worst dole bludgers in this country are our Chinese-made wind turbines, which enjoy subsidises of over $600,000 a year while only working 40% of the time.

Weren’t we told by our media, educators, and corporate overlords that renewables are the cheapest form of energy in the world?

Remember when they said, “all we need to do is invest more money into renewables, and they’ll become so cheap, we’ll have free energy from the sun and wind forever?”

As ScoMo said at the National Press Club yesterday, “if we can produce hydrogen…at $2 a kilo, then, we can get there” to net-zero emissions.

That’s a big if Prime Minister.

After the debacle with renewable energy, one can’t blame sceptical Aussies for assuming hydrogen can only be so “cheap” if our households and business pay for it via a web of hidden taxes.

9.5% of Australian salaries go to super, and what do the funds invest in?

And then there’s the big global tax: the Paris Climate Accord, which requires Australia to reduce its emissions by 26-28 per cent by 2030 while allowing China to increase its emissions until 2030.

While Australian manufacturing and industry suffer under record-high energy prices due to the over-zealous uptake of renewables to meet our Paris obligations, China and other Asian nations import our world-leading HELE coal to affordably power its industries which Australians are now dangerously reliant upon.

Net-zero emissions will be expensive, and taxpayers will be forced to pick up the tab.

To say there’ll be no new taxes to pay for it, just because higher electricity prices, increased subsidies for wind turbines and solar panels, and worsened unemployment in manufacturing and mining, doesn’t have the word “tax” in it is utterly misleading.

It's time our politicians faced up with the Australian people and explained to them the real cost of net-zero without resorting to spin and promises fulfillable in no less than three decades.