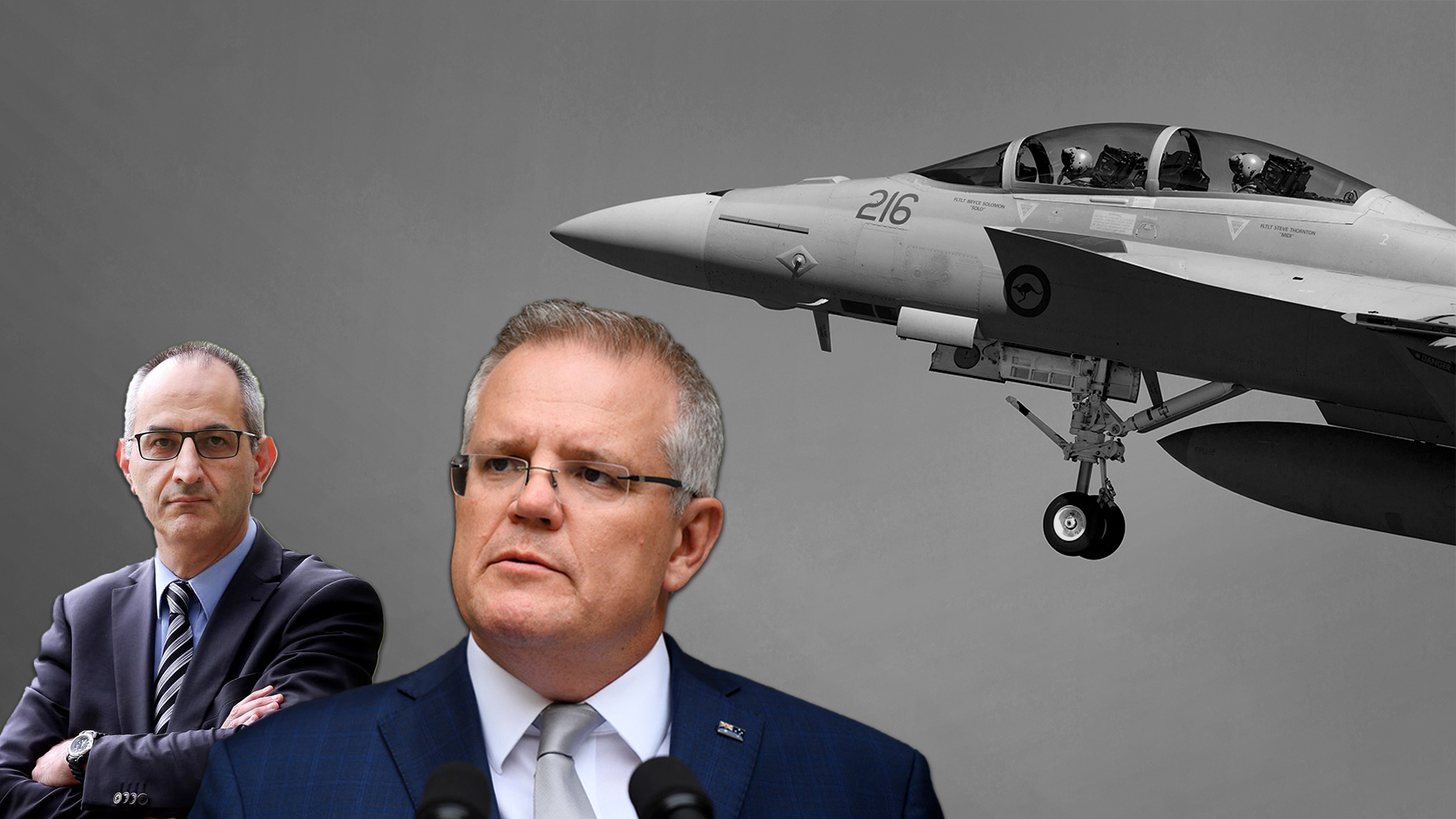 Today the Prime Minster announced a $747 million investment in key Northern Territory defence facilities after Home Affairs Department secretary Michael Pezzullo warned the “drums of war are beating” and Australia must be prepared “to send off, yet again, our warriors to fight”. 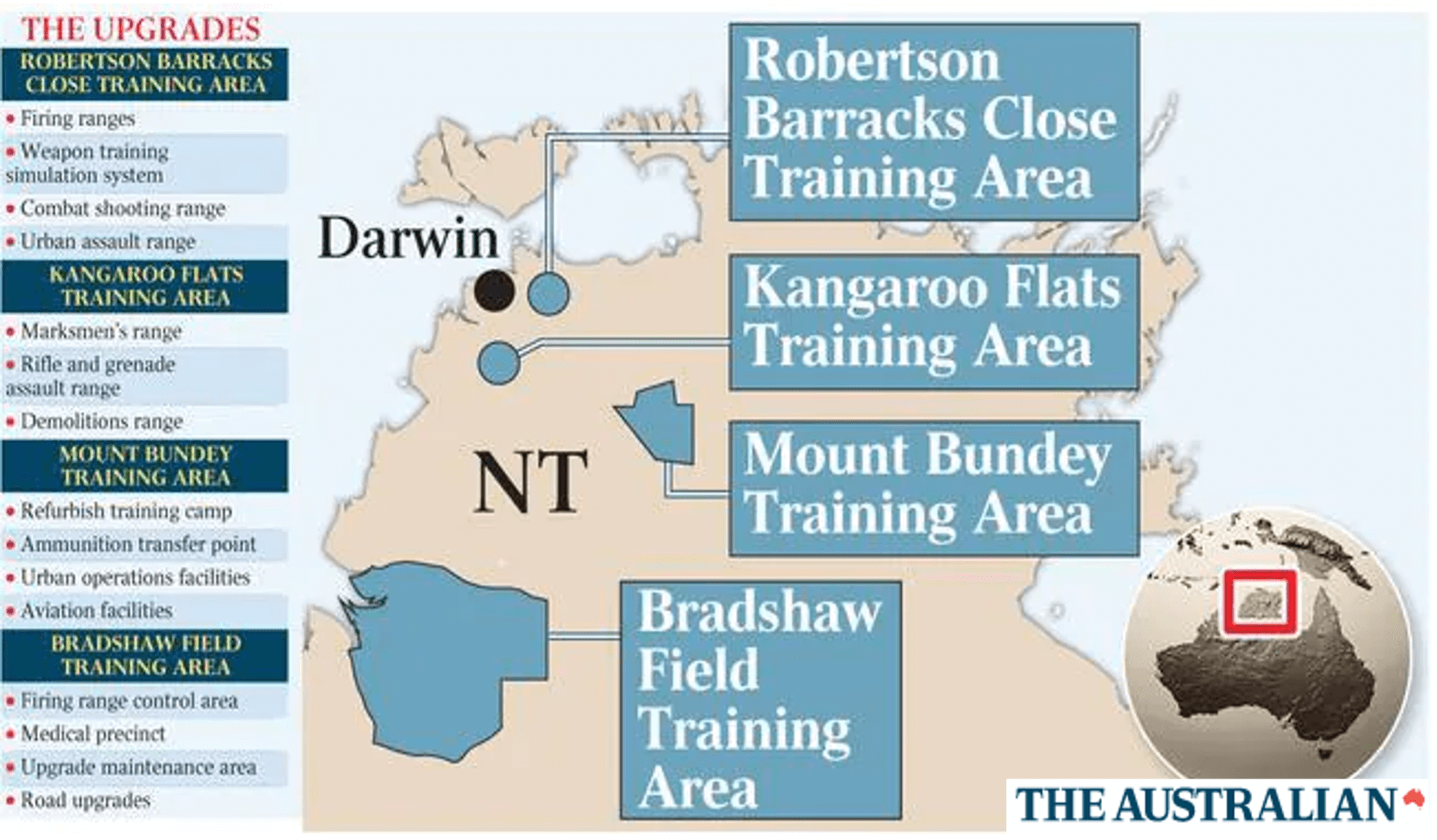 The Bradshaw Field Training Area airstrip will be lengthened so heavier aircraft can be supported. Improved facilities will enable expanded conduct simulated and reality-based war games and military training exercises with major allies, especially the United States and its Marines.

Most notably, this new investment comes only months after the Morrison government announced a $1.1 billion upgrade to the Northern Territory's RAAF Base Tindal where it plans to base the Air Force’s new F-35 Joint Strikers.

As the Prime Minister said, “our focus is on pursuing peace, stability and a free and open Indo-Pacific, with a world order that favours freedom.”

“Working with the United States, our allies and Indo-Pacific neighbours, we will continue to advance Australia’s interests by investing in the Australian Defence Force, particularly across Northern Australia.”

Although the Prime Minister has taken a brilliant step in the right direction by investing in Australia’s northern defence capabilities, far more needs to be done to ensure Australia has a chance of defending itself, especially if American support can’t always be guaranteed.

For example, why bother spending money on upgraded training grounds and airstrips around Darwin, when the Port of Darwin is still owned by the Chinese Communist Party? Will the US Navy be forced to lease port space from the CCP when they bring their troops down for military exercises?

Why would any young Australians be inspired to join the Defence Force after Defence Chief Angus Campbell demonised hundreds of our elite SAS soldiers for being loosely associated with unproven war crimes in the brutal battlefields of Afghanistan?

As former President of the anti-communist Chinese Republic, Chiang Kai-Shek said, “war is not only a matter of equipment, artillery, group troops or air force; it is largely a matter of spirit, or morale.”

How does Australia have any hope when our government is still invested in diesel submarines which will be technologically obsolete when they enter service after 2035, particularly since the CCP just launched multiple cutting-edge nuclear powered submarines into service?

Afterall, defence expert after defence expert have declared Australia’s military mindset has been stuck in a complacent post-Cold War mindset for too long.

Director of the Lowy Institute's International Security Program, Sam Roggeveen, has said although Australia could rely on the deterrence of the “US nuclear umbrella”, in conflicts short of nuclear war, “we need to be more prepared to look after ourselves”.

ASPI senior analyst, Marcus Hellyer, argues “the US would expect a far more substantial contribution in any war with China over Taiwan” and is worried about how we don’t have a single armed drone in our arsenal, even though Azerbaijan (a country with a GDP 30 times smaller than Australia’s) mastered unmanned precision strike capabilities in Armenia, using off-the-shelf Israeli drones.

ANU Professor of International Security, John Blaxland even labelled the 2020 Defence Strategic Update as “relatively limp”, declaring the days “where the US did the heavy lifting and all we had to do was provide some niche contributions on occasion …are quickly passing, if not gone”.

With the establishment always telling us to “trust the experts”, it’ll be interesting to see whether the same principle carries through to our increasingly insufficient defence policies.