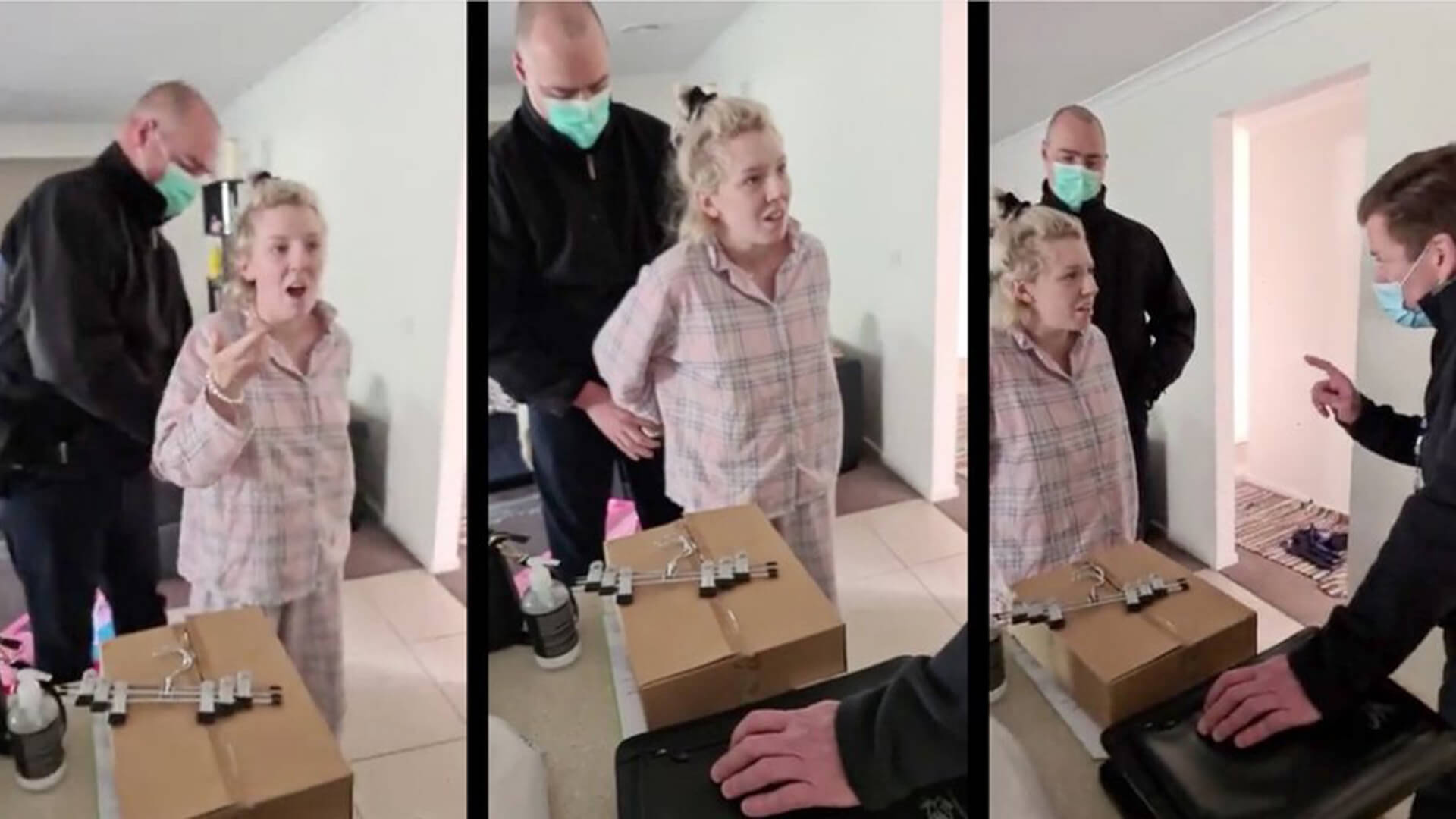 Just when you thought Victoria’s lockdown couldn’t get any more communist-like, Premier Dan Andrews’ regime has made headlines around the world.

Ballarat mum Zoe Lee Buhler was arrested on Wednesday in her own home for promoting opposition to Victoria’s emergency lockdown laws on Facebook.

“As some of you may have seen the government has gone to extreme measures and are using scare tactics through the media to prevent the Melbourne protest,” her now-deleted post read.

“Here in Ballarat we can be a voice for those in stage four lockdowns. We can be seen and heard and hopefully make a difference!”

It was an invitation for people to attend “Freedom Day Ballarat” – a “peaceful protest” calling for an end to Victoria’s Stage 4 coronavirus lockdown.

For this police came to her house, seized her mobile phone and computer, handcuffed her in front of her children, and took her away like a common criminal “for incitement”.

Overkill is an understatement.

"My two kids are here, I have an ultrasound in an hour. I'm happy to delete the post," she tells police on the now viral video of the arrest.

Turns out the state Labor government’s six-month extension of its state of emergency powers means you can be arrested if you promote anything other than 100% compliance.

According to their Public Health and Wellbeing Amendment Bill, you can’t even vent your frustration on social media.

Thought you had freedom of thought, speech and expression in Australia?  Not in Victoria.

In the words of Liberal party backbench MP Craig Kelly, “Every politician that voted for laws that allows a pregnant mother to be handcuffed for a Facebook post (that criticises government policy) stands condemned for eternity.”

Buhler, who lost her job due to the lockdown, said she was aware protests weren’t permitted in Melbourne but thought Ballarat’s lighter stage three restrictions would allow one with mask wearing and social distancing.

The event has now been removed from Facebook, and Buhler says she won’t attend as she’s “too scared”.

There’s only one word for a government happy to arrest and charge someone for a Facebook post objecting to their decisions: tyrannical.

This is the kind of thing you’d expect to see in Nazi Germany – not in Australia over a virus with a 99% recovery rate.

And yet rather than admit, as any reasonable person would, that this action was over the top, Victoria Police Assistant Commissioner Luke Cornelius defended it.

That’s nice, mate – where the heck was this lack of discrimination when Andrews allowed 10,000 Black Lives Matter protestors to march through Melbourne in June??

But it’s not just a pregnant mum in little old Ballarat Victorian police are cracking down on.

Her arrest comes just days after a group of anti-lockdown protesters in Melbourne’s north clashed with police.

On Wednesday AFL great Sam Newman took to Twitter to reveal police had also visited him to advise "against protesting" after he tweeting suggesting residents “take back the city”.

And earlier this week two men were arrested and charged with incitement for allegedly encouraging others to take part in an anti-lockdown protest in Melbourne’s CBD this weekend.

In the words of George Orwell, “We know that no one seizes power with the intention of relinquishing it.”