Labor and the Unions have been making all sorts of claims about hospital and schools funding. They want Australians to believe that funding has been ripped out of the health and education systems, but how does this claim stack up against the facts?

And importantly, how have the State Governments funded these two crucial essential services in recent times?

We all know that hospitals and schools are run by the State Governments and jointly funded, with main responsibilities falling to the States.  So if Labor is so committed to health and education, surely State Labor funding growth would outstrip Commonwealth funding growth. (Yes, there’s been growth in funding every year – no cuts.)

Otherwise Labor and the Unions would surely be protesting against or at least pressuring their State Labor governments, right?

Here’s a quick graph showing how Commonwealth funding has increased since 2012-13. Under the current agreement, hospital funding contribution from the Federal Government to states and territories is growing from $13.3 billion in 2012–13 to an estimated $29.1 billion in 2024–25. 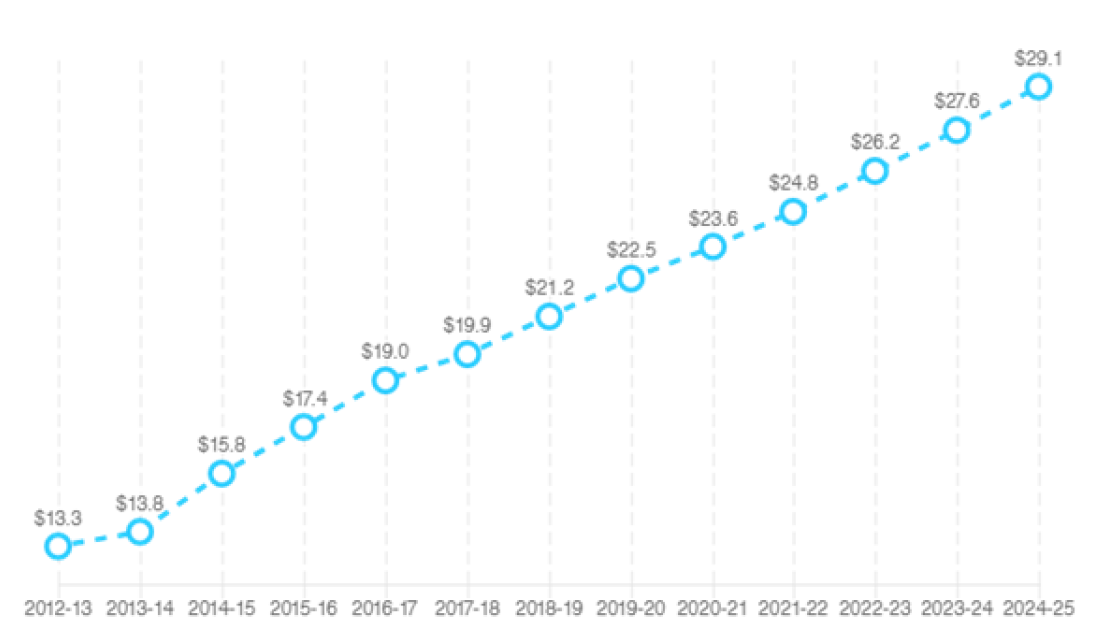 As you can see, substantial increases over the past 5 years, with ongoing increases planned for the next 6 years.

Now, let’s take a look at how much the States have increased funding over the past 5 years:

Wow!  Growth in State government funding of hospitals is just 17.3% and is less than half that of the Federal Government at 51.8%.

Looks like it’s State Labor who the Unions ought to be directing their campaigns against! 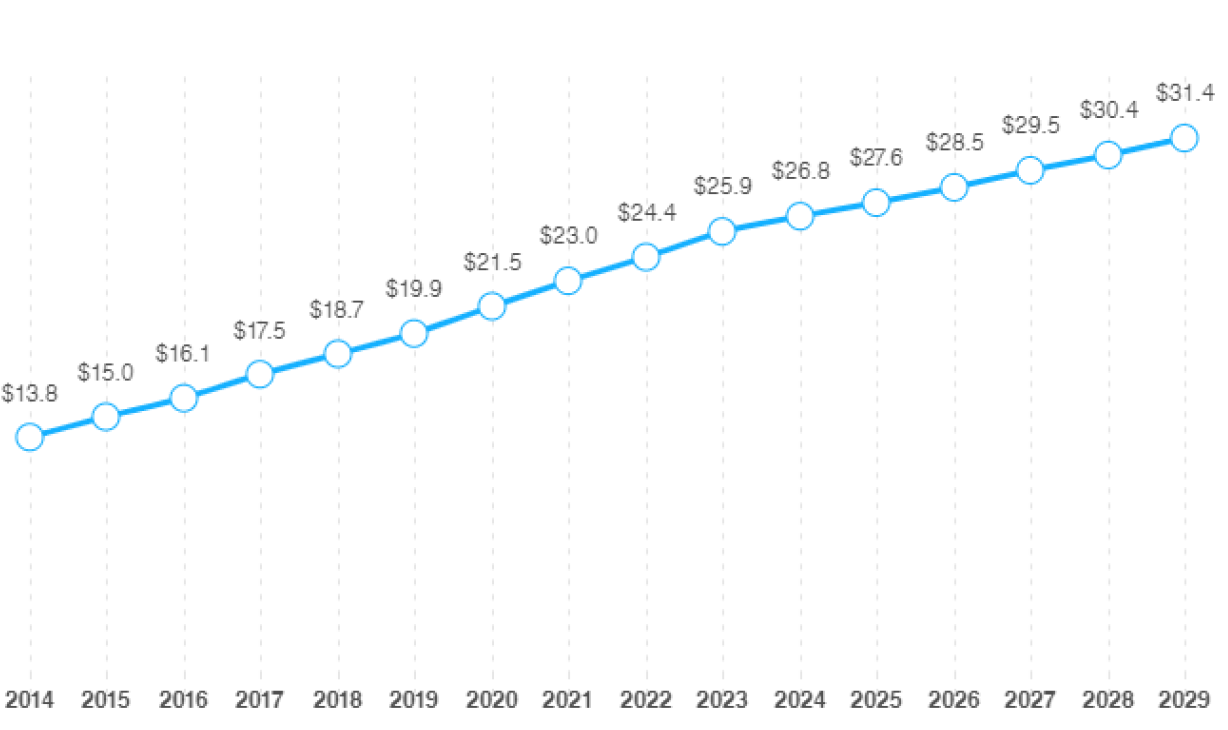 So, how have the States fared when it comes to increasing funding for public schools in recent years? Here’s the per student funding increases comparison: 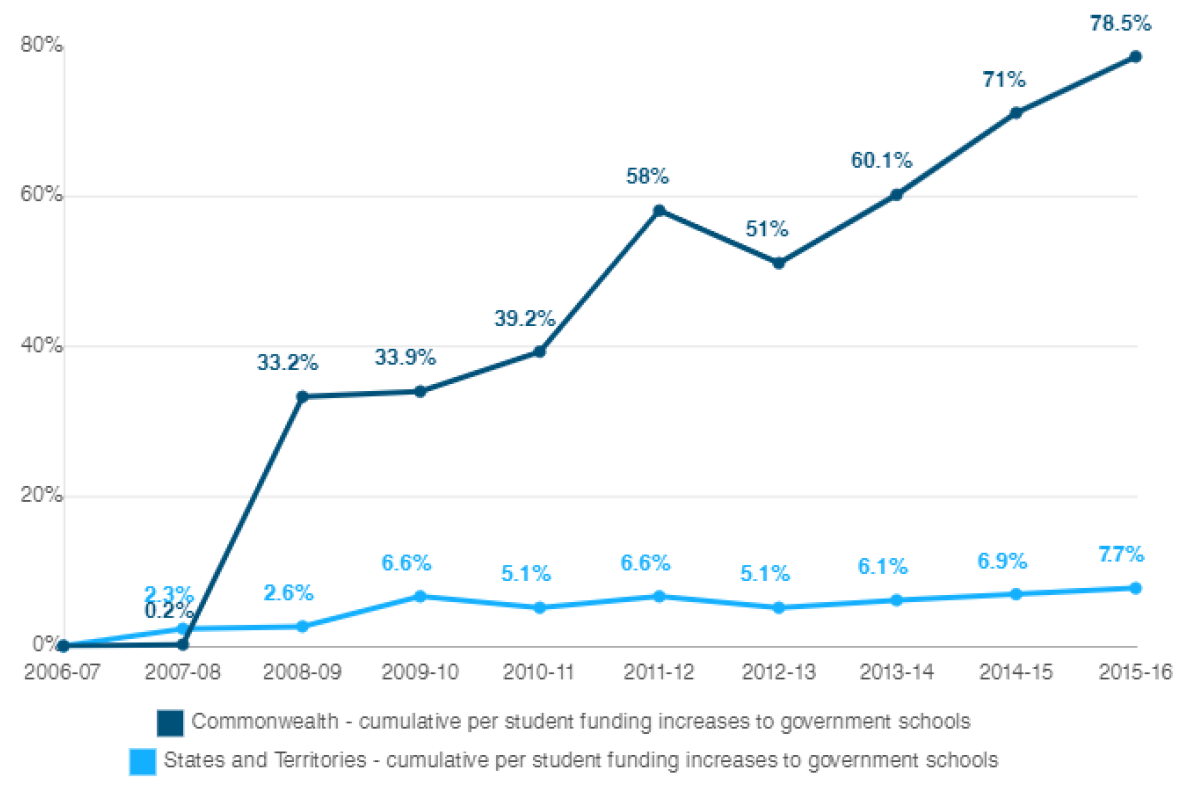 At Advance Australia we actually believe that successful outcomes are more important than expenditure.

Discussions about literacy and numeracy, quality of health care, hospital waiting lists, and the long term well-being of students and patients are far more relevant than just the bottom line funding figures.

But Labor and the Unions seem pretty obsessed with convincing people that funding has been “ripped out” of the public hospital and schools systems – and that “cuts” are planned. It’s part of their divisive class warfare strategy, and their justification for their wild spending plans.

We are determined to call out blatant political deception when we see it. And the fact is, the Labor and Union campaigns on these issues are ideologically driven and not based on reality.

As the figures plainly show, the Federal Government has actually been doing the heavy lifting when it comes to Hospital and Schools funding.

Don’t just take our word for it.

You can check out Federal funding figures for your local hospital at the Department’s Health Funding Facts website.

And you can check out how much funding your local school receives at the Schools Funding Estimator website.