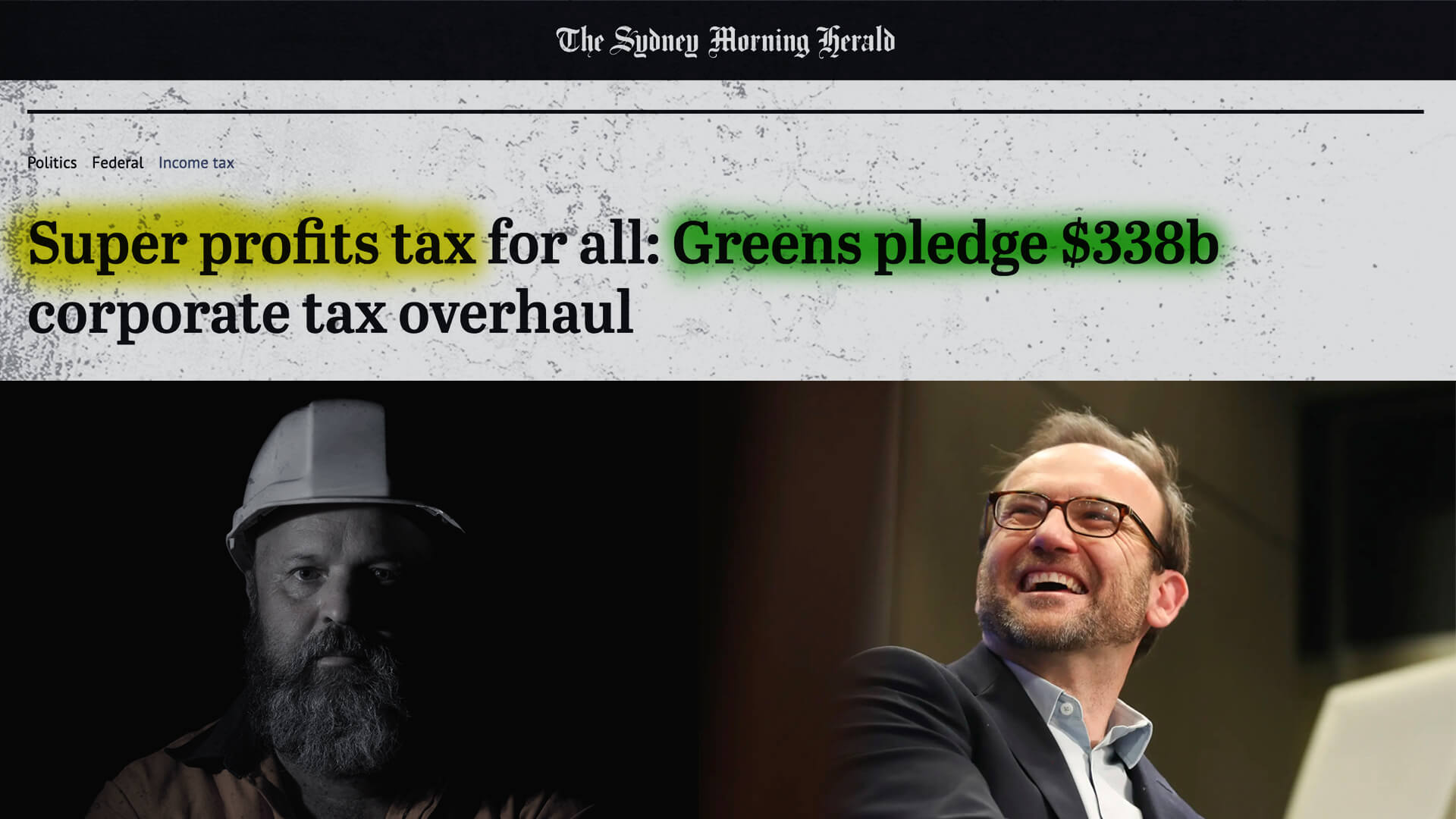 It’s incredible how little the Greens know about Australia and its history.

Although there’s no doubt they think otherwise, this country was not built by Big Government.

It was not built by public servants.

It was not built by the new “expert” class of academics and paper-pushers.

And it certainly wasn’t built by Gaia-worshipping Greens members from inner-city Melbourne like Adam Bandt.

Australia was built by the ingeniousness of its own citizens who took mind-boggling financial risks to build the world’s most efficient and competitive mines – a risk no rational person would take if the Greens got their way and implemented a 40 per cent mining super profits tax on the super profits of individual Australian mining projects.

After her father, Lang Hancock passed, Gina acquired the Roy Hill tenements in the early 1990s after being told by the best and brightest advisers, bureaucrats and geologists the tenements were of little value.

Fast forward three decades later, her Roy Hill mine alone employs 50,000 people; marks the largest ever-commercial deal between Australia and South Korea entered into in history; and has loaded 3874 loaded ore trains delivering over 123 million tonnes to port since 2019.

To get there, Gina had to achieve over 4000 government approvals, permits and licenses prior to construction with all of the associated costs, delays and risks.

She had to secure the world’s largest debt funding package for a mainly Greenfields, land-based mining project, from nineteen of the largest banks in the world and five Export Credit Agencies, gaining international acclaim.

Perhaps even worse, she had to deal with a press who relentlessly slandered her and her family from all angles they could get their dirty hands on.

Do the Greens seriously think any serious investor would jump through all these hoops to get a new project up, only for the shareholders to be taxed into oblivion?

As Gina said herself: “Our mining industry cannot operate sustainably if we are not internationally competitive. One area that has not improved and significantly hampers our international competitiveness is government red tape and the costs of this and the compliance burden.”

“Time-consuming and expensive government regulation and tape, and uncertainty of policies, uncertainties of extra government caused costs, such as whether a carbon tax in some unknown form or some form of emissions tax will be introduced, increasing taxes, such as in West Australia, make it very difficult for mining projects to be financed and to be able to proceed.

“It’s important and should be a priority that we speak up for our industry and its need to be internationally competitive.

“We rode on the sheep’s back, but now we’re riding off the back of the miners and associated industries.”

That’s right Gina, and if it wasn’t for the vision of you and your father, we’d probably be riding off the back of a pile of nothing.

Just as the geniuses at the CSIRO said there wasn’t enough coal in Queensland to satisfy the demand of the Japanese in the 1960s, Australia’s politicians and bureaucrats of the early 20th century mistakenly believed there was no iron ore in Australia.

Thankfully, it was only when Gina’s father, Lang Hancock, flew over the Hamersley Ranges with his wife and spotted “a gorge in the Turner River… (with) walls that looked to be solid iron” in 1952, Australia’s iron ore story began.

Within a decade of his remarkable discovery, Hancock entered into a deal with Rio Tinto Group to develop his new find, naming the new project “Hope Downs” after his wife… and the rest is history.

Although it's so easy to scorn billionaires like Gina Rinehart as “selfish”, “greedy” and “inhumane” and slap gargantuan taxes on them and their businesses, we must realise that if it wasn’t for visionaries like her father, this country wouldn’t have a coal or iron ore industry – the only two sectors that have paid this country’s bills since Keating destroyed our wool trade…