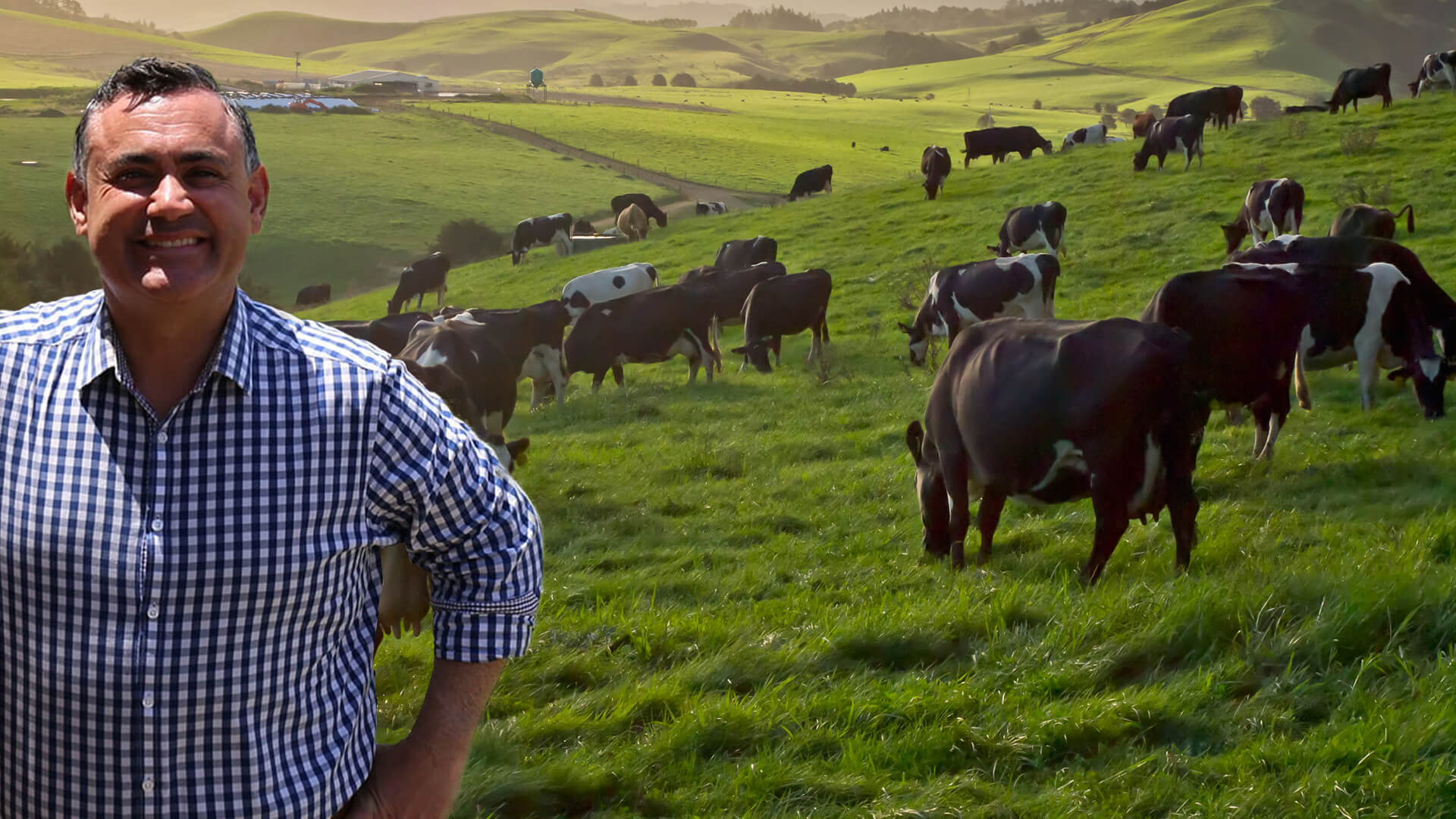 The New South Wales Deputy Premier has just twigged to the consequences of his own government’s zero CO2 emissions by 2050 policy.

“Climate policy ‘to kill mining, agriculture’, says John Barilaro” reads a headline in today’s The Australian (arguably the only media source in the country not peddling climate alarmism daily).

The Nats MP was speaking on Sky News about his government’s Environment Minister Matt Kean – remember him?

He’s the bloke Prime Minister Morrison said no one had heard of when Kean unhelpfully started telling the world that “modern Liberals” in Morrison’s cabinet wanted more “action” on climate change.

Because doubling our electricity prices isn’t enough for them.

Kean’s been out spruiking the Berejiklian Government’s climate policy which means no fossil fuels and, presumably, no cows by 2050.

“Matt’s had a lot to say in this space and I don’t agree with him totally and how he’s selling the message,” Barilaro said.

“He talks about net zero emission targets by 2050, yet that would mean the end of agriculture … what does that do to regional and rural communities?  That is the end of mining.”

Shame Barilaro didn’t mention this around the cabinet table before his government signed off on said climate policy.

Either he just worked out what we’ve known for years or he’s just discovered the NSW Farmers and Fishers Party.

Either way, we’re happy about it.

“Our resources are important to the economy and jobs; our coal is the best and cleanest coal in the world and that’ll just be replaced by dirty coal out of India and Indonesia,” Barilaro said.

“And actually, that will have a more detrimental effect on the climate globally.”

Canavan says the future of the Nationals resides in leading the cultural, economic and climate-change fight against the progressive movement that is mounting an unprecedented attack on Australia’s “wealth-producing industries like farming, mining and manufacturing”. He sees a campaign of sabotage by green activists and “rich, city-based whingers who threaten and bully law-abiding businesses”.

This is the message Nats like Barilaro need to be giving to “modern Liberals” like Matt Kean around the cabinet table – not on Sky News.

We can only hope that it won’t take the mining and agriculture wealth ceasing to flow into the cities to wake up the likes of Kean and his comrades.

For now, we can take hope from politicians such as these Nats who aren’t in the climate-induced comatose affecting so many of their parliamentary colleagues.