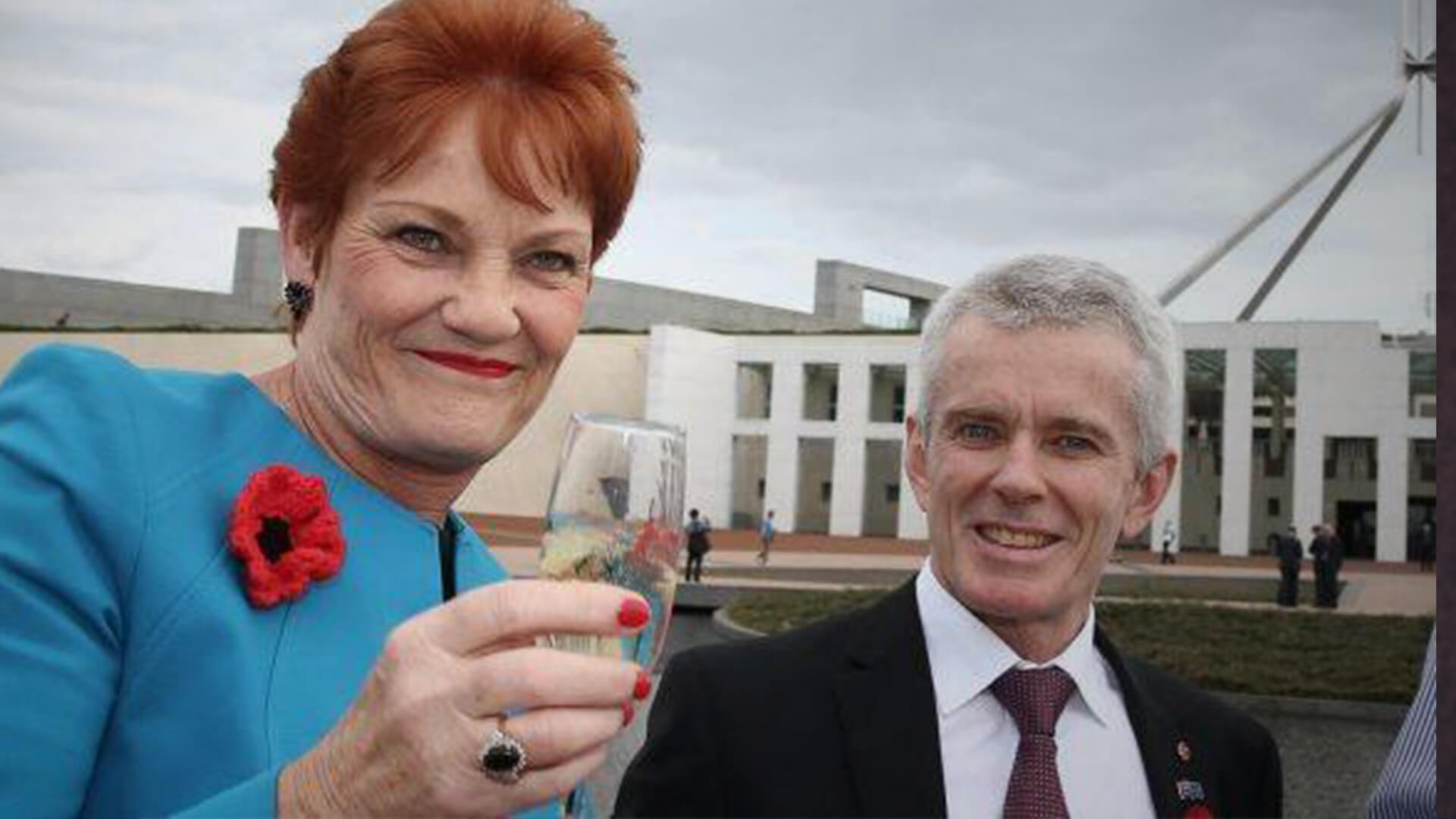 In the months and years to come, Australia is going to need all the help it can get to crawl out of the Chinese Community Party created economic quagmire we find ourselves in.

To do so, we will need to take every handbrake off business we can.

Our federal and state governments have got their work cut out for them to improve the economy, create jobs, attract investment.

Already we’re seeing bold ideas being tossed about – like the NSW government’s push to abolish stamp duty and payroll tax in a bid to revive the state’s economy.

“We are not going to tax our way back into prosperity,” NSW Treasurer Dominic Perrottet declared on Saturday, laying out a plan to scrap ‘inefficient taxes’.

But at a time when we need to be thinking of and pushing for such measures, Pauline Hanson’s One Nation is resisting one of the very best ways to create jobs for Australians: a reduction in company tax.

Australia has the highest rate of company tax in the world at 30%.

This means money goes to big government instead of wages for struggling Australians.

We’d do well to take a leaf out of the US’ books on this score.

Before Xi Jinping unleashed the plague upon us all, the US economy was humming and unemployment was at a record low.  This was in no small part due to President Trump having reduced company tax to 21%.

So why is Pauline saying “no” to proposals for cutting company tax to make Australia more attractive to businesses who want to employ Aussies?

One Nation and Centre Alliance have already rejected the push to reduce the company tax rate to 25 per cent for businesses with an annual turnover of more than $50m, declaring there would not be a compelling case even following the coronavirus pandemic.

No surprises that Centre Alliance, which is really a lefty outfit, is opposed.

But Pauline?  Hers and Malcom Roberts’ are two crucial Senate votes…  And they’ve been solid on so many other issues of concern to mainstream Australians.

“If we have to give tax cuts to corporations, it’s not going to give us any guarantee that they’re going to increase their businesses (here),” Senator Hanson said.

But even the socialists in Sweden understand that in order to create jobs in their country they must be competitive for corporations.  Which is why their company tax rate is lower than Australia’s.

The ever-sensible Tony Shepherd, who headed the Abbott government’s 2014 National Commission of Audit, says red tape needs to be radically reduced to get business firing again.

“The big things that would get things moving would be deregulation that reduces the cost of doing business,” said he, recommending the Morrison government pursue a company tax rate lower than 25% so we’re internationally competitive.

And the proof is in the pudding that such a move would be advantageous for Aussies.

The question is, will Pauline & Co get onboard?