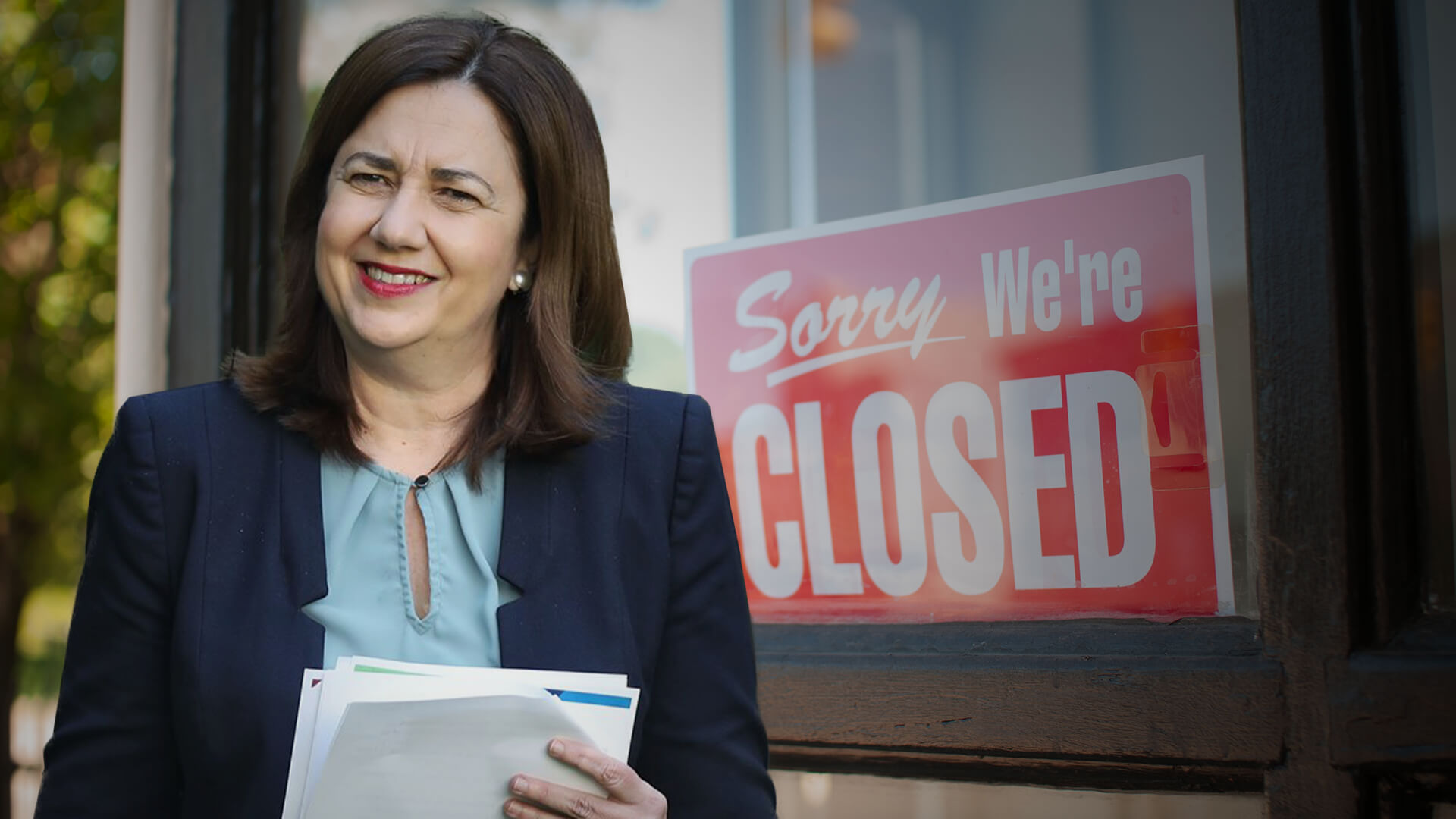 This is the state leader who sanctioned a ban of a flyover of WWII planes this Anzac Day because “the health risk is if one person does that, then someone else will say 'well maybe there's no health risk if I go on a drive through, if I do this'.”

Having won two elections on the back of her affable “aunty Anna” persona, the virus crisis has seen Palaszczuk morph into Miss Nanny State – at an eyewatering cost to everyday Queenslanders.

What is she thinking?

She and her Labor government seem oblivious to the human cost behind this number as more people lose their jobs and futures by the day.

Interstate visitors normally make up a whopping 47 per cent of QLD’s visitors.

But as southern states are loosening up and international travel is still off limits, southerners choosing Queensland in lieu of going overseas can’t get into the state.

Palaszczuk is depriving the emaciated industry of a lifesaving injection of tourists.

As Prime Minister Scott Morrison keeps pointing out, there is no medical advice that supports closed state borders.

“It’s not good for the economy, particularly as we go into this next school holiday season. Those tourism businesses need that support,” he said.

“So those individual states, they’ll have to justify those decisions themselves because it wasn’t something that came out of national cabinet.

“We don’t have any medical expert advice that has come through the national process which recommended that...”

Read his lips – he’s not taking the rap for this – it’s squarely on the little dictators’ shoulders.

Tourism operators, hoteliers, and anyone with a coffee machine from Coolangatta to Cooktown are rightly screaming while Palaszczuk remains ensconced in 1 William Street’s “tower of power” with her sweeping vista over the Brisbane River.

The premier’s attitude to QLD’s tourism industry and the workers who rely on it for a living is “let them eat cake”.

In fact last week she resorted to the Left’s playbook of emotivism to justify the unjustifiable – because feelings trump facts, right?

Asked how the tourism industry would be impacted by her decision, she got testy.

“Well you obviously have a family,” she snapped.

To suggest that someone who wants a barista in Bundaberg to be able to earn a living this winter doesn’t care about their family and the families of others is ridiculous.

But as always, the left’s tactics are to demonise – not debate.  You can’t factcheck them because they don’t deal in facts.

With the curve flattened, plenty of personal protective equipment on hand, testing availability and loads of hospital capacity, the virus is more than manageable.

But the consequences of not opening the Queensland border to cashed up interstate tourists are massive.

At this rate Palaszczuk risks more people dying of suicide on her watch than Wuhan virus as livelihoods go up in smoke.

It’s time to get off the power trip, premier.

Mark our words this is going to cost you at the election in October.