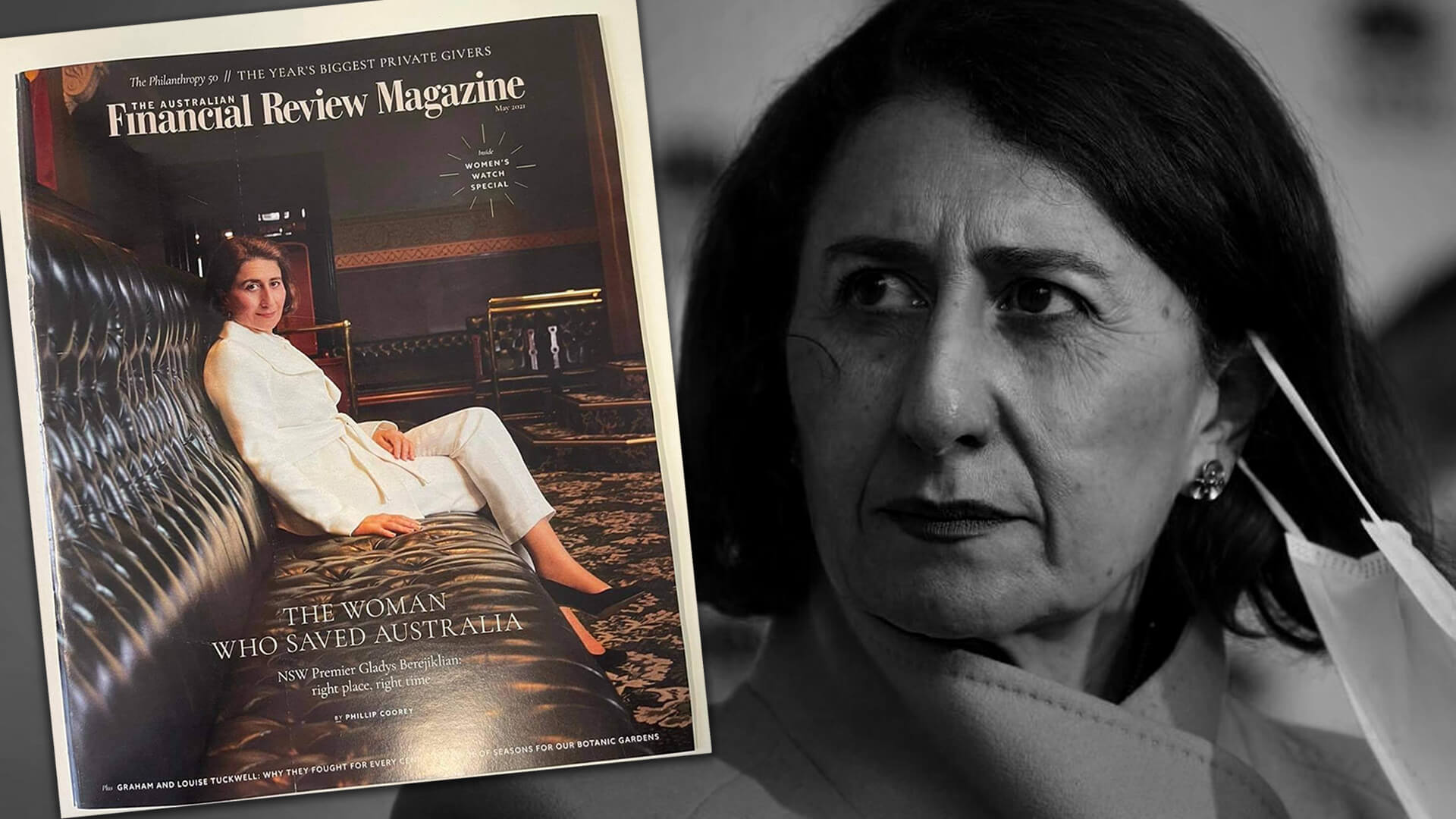 After tens of thousands of struggling Aussies turned to the streets over the weekend to protest lockdown laws, mask mandates and mandatory vaccine passports, Australia’s elites revealed how utterly out-of-touch they truly are.

Dictator Dan Andrews said protesters “should be ashamed of themselves”, “we can’t vaccinate against stupidity”, and declared he doesn’t “know what half of them were protesting against”.

Wake up, buddy! They were protesting against you and your government.

Premier Gladys Berejiklian said she was “utterly disgusted by the illegal protesters in the city today whose selfish actions have compromised the safety of all of us”.

Gladys, the thousands of construction workers in western Sydney who can’t pay their mortgages and put food on the table for their families are “utterly disgusted” you selfishly refuse to take a cut to your $407,980 salary after locking them down.

So much for “we’re all in this together”, Premier.

ABC radio host Patricia Karvelas revealed she is “genuinely shocked that there are that many people stupid enough to protest and spread a virus that might kill them. My brain hurts.”

Well Pat, our “brain hurts” seeing ABC journalists who work from home in their pyjamas and live on cushy taxpayer salaries and Uber Eats call people who are upset their entire livelihoods have been stripped from them “stupid”.

Perhaps it’s time you took some “empathy training” somewhere outside of your padded Ultimo studio, Pat!

And of course, the Greens had to stick their two cents in, with Senator Sarah Hanson-Young calling protestors “dangerous, anti-science whack jobs…who put everybody’s health at risk”.

Is that right, Sarah?

Where was your concern about “everybody’s health” when you lashed the Berejiklian government for cancelling a “peaceful” Black Lives Matter protest while COVID community transition was mounting back in June 2020?

To quote your inspiration Greta Thunberg: “how dare you” refuse to practice what you preach and sneer at lockdown protestors when you’re sitting on your six-figure taxpayer salary with a menu of parliamentary perks and privileges.

As James Macpherson so lucidly wrote in The Spectator today, “what astonishes me is not so much that people protested, but that our cultural betters seem genuinely clueless as to why the patience of citizens has finally run out.

“1. You told us to stay home for two weeks to “flatten the curve”. We did as you asked. And 18 months later we are still locked in our homes.

You treat the public like mugs for the better part of two years, and then wonder why they take to the streets effectively saying, ‘screw you’.

Well, of course it’s a mystery…”