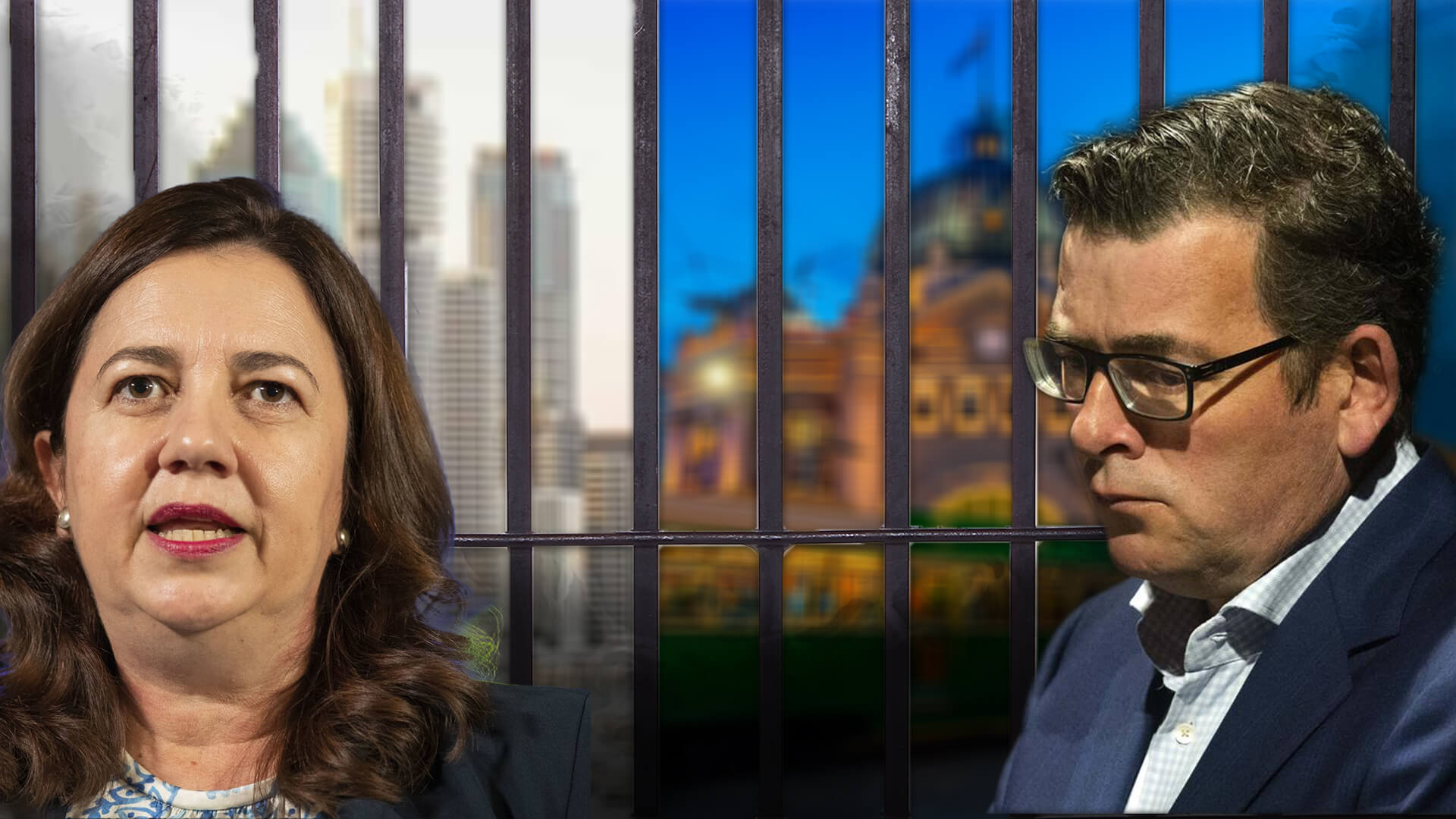 Keeping people safe from the Wuhan virus has now morphed into heartbreaking high farce with power-tripping premiers burning the economy and trashing democracy.

Queensland’s Annastacia Palaszczuk and Victoria’s Daniel Andrews are out of control and they are dragging the nation down as it has become clear new policies to manage Covid-19 are desperately needed.

Continued lockdowns and border closures are ruining us for no good reason when lives can  be saved by looking after the aged and vulnerable.

In Palaszczuk’s case, she thinks her border blockade is the ticket to re-election after six years of incompetent government.

Bugger the jobs lost in tourism and hospitality, it’s all about keeping hers.

Palaszczuk’s refusal, despite an impassioned phone call from Prime Minister Scott Morrison, to allow Sarah Caisip to attend her father’s funeral yesterday has to be one of the most dog act un-Australian decisions ever made by an Australian political leader.

She backflipped on refusing to let dying cancer patient Mark Kean see his four kids after a public backlash.

The PM has chipped in $1000 to a crowd funding page to help pay for their quarantining costs.

Meanwhile in Victoria, it emerged this week that Andrews' Martial Law-style curfew from 8pm to 5am was imposed not on the advice of medical experts or the police.

They ran a mile when asked by journalists who are finally starting to show a modicum of curiosity about Dictator Dan’s decisions.

This is the authoritarian socialist Dan Andrews drunk on power and trying to pass buck.

Again, not even the PM and senior ministers have convinced him to unlock the Victorian economy which is worth 40 per cent of Australia’s GDP.

Andrews is not just smashing Victorians, he’s throwing us all over an economic cliff with a giant anvil tied around our collective ankle.

Like Andrews, Palaszczuk also tried to pass the buck for her heartless decisions.

She accused the PM of bullying her – as if she is the victim when people are desperate to see their dying loved ones. Cry me a river. So she did.

It was left to the Morrison Government’s senior minister in Queensland, Peter Dutton, to call her bluff.

He said Palaszczuk was making her decision “not based on health advice, but based on the fact that we have an election coming up at the end of October”.

This week’s high farce in Victoria and Queensland should cause a collective re-think of the coronacrisis.