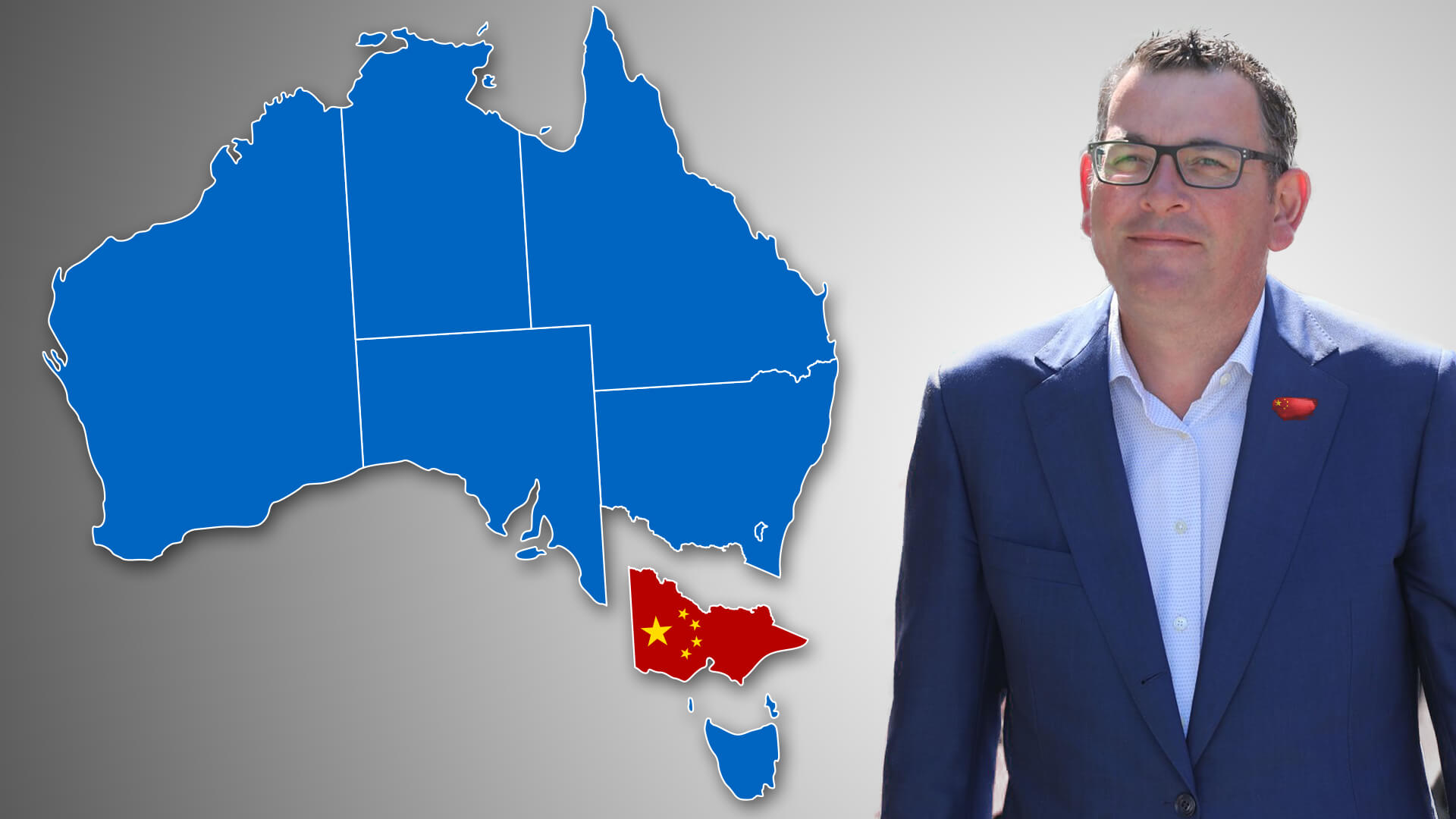 But yesterday Daniel Andrews’ Government being joined at the hip with the Chinese Communist Party (CCP) hit the fan afresh.

U.S. Secretary of State Mike Pompeo warned the US would cut Australia off from vital intelligence sharing if the deal compromised telecommunications.

He warned that the Belt and Road agreement increases the Chinese communist regime’s ability to do “harm.”

“We will not take any risks to our telecommunications infrastructure, any risk to the national security elements of what we need to do with our Five Eyes partners.”

“We are going to preserve trust in networks for important information. We hope our friends and allies, especially our Five Eyes partners like Australia, do the same,” he said.

If only Andrews were half as fierce about Australia’s national sovereignty.

Needless to say the Victorian Premier had nothing in terms of a comeback.

“Surely we have to concede, we all have to recognise, that a good strong partnership [with China] is in everybody’s interests,” he said.

Exactly how is it in Australia’s interests for our national sovereignty to be radically compromised, beholden to a communist superpower, Andrews?  Do tell.

Pompeo warned Victoria that its continued insistence on signing up to China’s BRI will build the ability of the communist regime to “do harm” and that each BRI project would have an economic and security cost for Victorians.

… every citizen of Australia should know that every one of those Belt and Road projects needs to be looked at incredibly closely.

Nearly every one of them has a cost. There is often money loaned at conditional rates or conditions placed in the debt documents.

Or government concessions that have to be made to the Chinese Communist Party to get those Belt and Road initiatives built.

That proposes real risk. Real risk to the people of that region, real risk to the country, and quite frankly it builds the capacity of the Chinese Communist Party to do harm.

“We didn't support that decision at the time they [the Andrews’ government] made it,” he said yesterday.

“National interest issues on foreign affairs are determined by the federal government.

“I respect their jurisdiction when it comes to the issues they are responsible for and it's always been the usual practice for states to respect and recognise the role of the federal government in setting foreign policy.

“And I think that's been a good practice.”

So do we, Prime Minister, so do we.

Minister for Home Affairs Peter Dutton has rightly called on Victoria to explain to the nation why it is signing up to “a propaganda initiative from China.”

“Victoria needs to explain why it is the only state in the country that has entered into this agreement.”

Dutton said “there is an enormous amount” of foreign interference “below the surface… that we are aware of” and that Australia must stand up for its values.

Signing up to the BRI is against the advice of all of Australia’s security and intelligence agencies, but Premier Andrews thinks he knows better.

Victoria is reportedly running to a mid-year deadline to sign up to the next stage of the BRI with the CCP.

The fine print is enlightening.

Article 1 of the deal states Victoria and China must: “Adhere to the principle of mutual consultation, joint efforts and shared benefits. Bearing the Silk Road spirit of peace, co-operation, openness, inclusiveness, mutual learning and mutual benefit.

Only a fool would believe a communist dictatorship would operate in the “spirit of peace, co-operation, openness, inclusiveness, mutual learning and mutual benefit”.

But it seems China has already purchased the souls of Andrews and his Treasurer.

Last week when they were asked in Parliament whether or not the money for Victoria’s $24 billion Wuhan virus rescue package was being borrowed from China, Andrews and his Treasurer Pallas ducked the question.

It begs the question: if Victoria’s $24 billion is coming from China, what more does China get?

Which also begs the question…  When is the next Victorian election?

The CCP has put Australia through hell by covering up the escape of a deadly virus and torching economies the world over.

Victorians won’t be quick to forget where the loyalties of their leaders lay at a time when they needed them most.