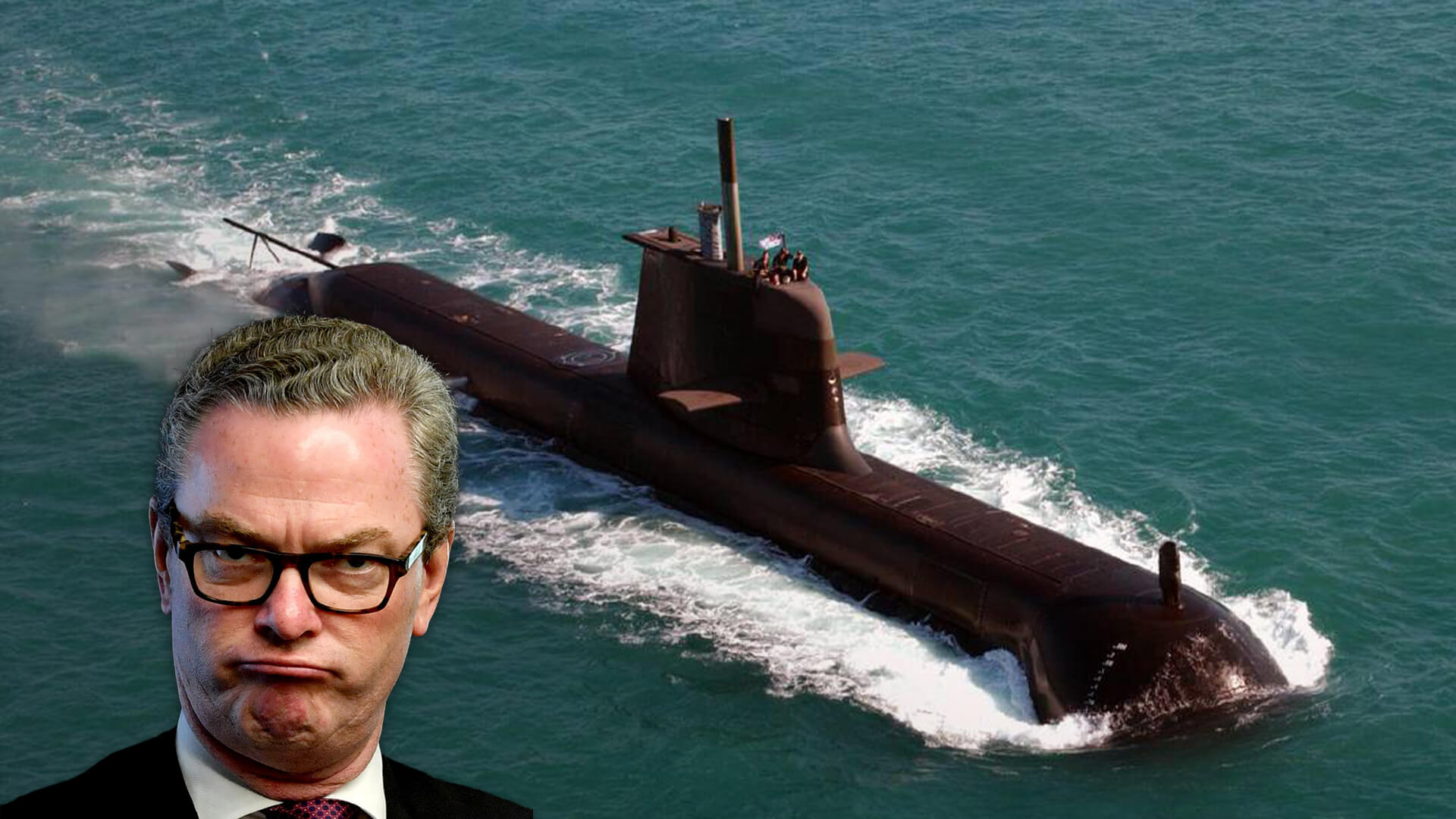 On Monday night, former Defence Minister Christopher Pyne told students at the University of Adelaide that a “real war involving loss of life, destruction of military platforms, with aggressors and defenders on different sides…is something you and I may well have to confront in the next five to ten years.”

Where was such foresight when you disregarded Tony Abbott’s idea to purchase twelve affordable, cutting edge, off-the-shelf Japanese Soryu submarines deliverable by the mid-2020s?

Perhaps then when the “real war” comes “in the next five to ten years” as you say, we wouldn’t have to rely on six technologically-obsolete Collins Class submarines (two of which are in maintenance) while waiting for the overpriced, French diesel subs you ordered for delivery by around 2035?

As Greg Sheridan said, the whole submarine saga has “been a national disgrace” with Pyne’s French submarines set “to take so long” for delivery.

Even worse, is how there’s no easy answer.

According to Sheridan, although “there is no doubt nuclear subs would be more capable and better…there is not the slightest chance that we could get one in the next several decades.”

“Those who want a larger number of short-range European subs really want to make sure we can never join the Americans, our real defenders, in any regional operation.”

“And those sublimely dotty folks who think subs are already obsolete technology should break that news to every significant navy in the world, all of which are building subs at a great rate.”

However, what we do know is that the United States and Japan are very upset Australia’s Soryu submarine deal was derailed by Turnbull and Pyne after Abbott was ousted as PM.

After the Turnbull government announced the French won the contract even though Japan was the leading contender since 2013, Greg Sheridan revealed that “many Japanese believe Malcolm Turnbull kowtowed to the Chinese, folding under their unsubtle pressure.”

“Some influential Japanese are even starting to publicly question Australia’s reliability as a strategic partner. There is a sense of Australia not being altogether a serious country.”

Even Japan’s Minister for Foreign Affairs, Seiji Kihara, weighed in, declaring “it is very disappointing that we were not chosen…because the submarine was the symbol of Japan-Australia defence co-operation, and Japan brought both the civilian and government (sectors) together on the project.”

As if it couldn’t get any more embarrassing, it appears the United States agrees.

According to a paper launched by the US Assistant Secretary of Defence Robert Scher, “subject to being satisfied that the Japanese submarine proposal will meet capability requirements, minimise risks and provide value for money, Australia’s final decision on its replacement submarine capability should reflect the substantial strategic and operational benefits of partnering with Japan (which do not exist in the case of France or Germany).”

Well, considering the Soryu submarines are cheaper than the French diesel-subs (with a unit cost of around $800-900 million) and feature cutting edge high-speed discharge energy cells increasing range, speed and tactical movability, one can assume the US was on Japan’s side.

Hence why former senior Asia director at the US National Security Council, Mike Green said “senior US officials and military officers are in no doubt both as to the superior capability of the Japanese Soryu class and to the long-term strategic benefits to the US and the region of an interoperable fleet of Australian and Japanese conventional submarines.”

Thanks Malcolm Turnbull and Christopher Pyne.

Not only has the reputation of Australia as a strategic partner been undermined in the eyes of our Japanese and American allies, but now we’re likely to have no submarines in the early-mid 2030s with the Collins Class set to retire and the French subs scheduled for delivery around 2035 at best.

No wonder Pyne is beginning to admit a “real war involving loss of life, destruction of military platforms, with aggressors and defenders on different sides…is something you and I may well have to confront in the next five to ten years”.