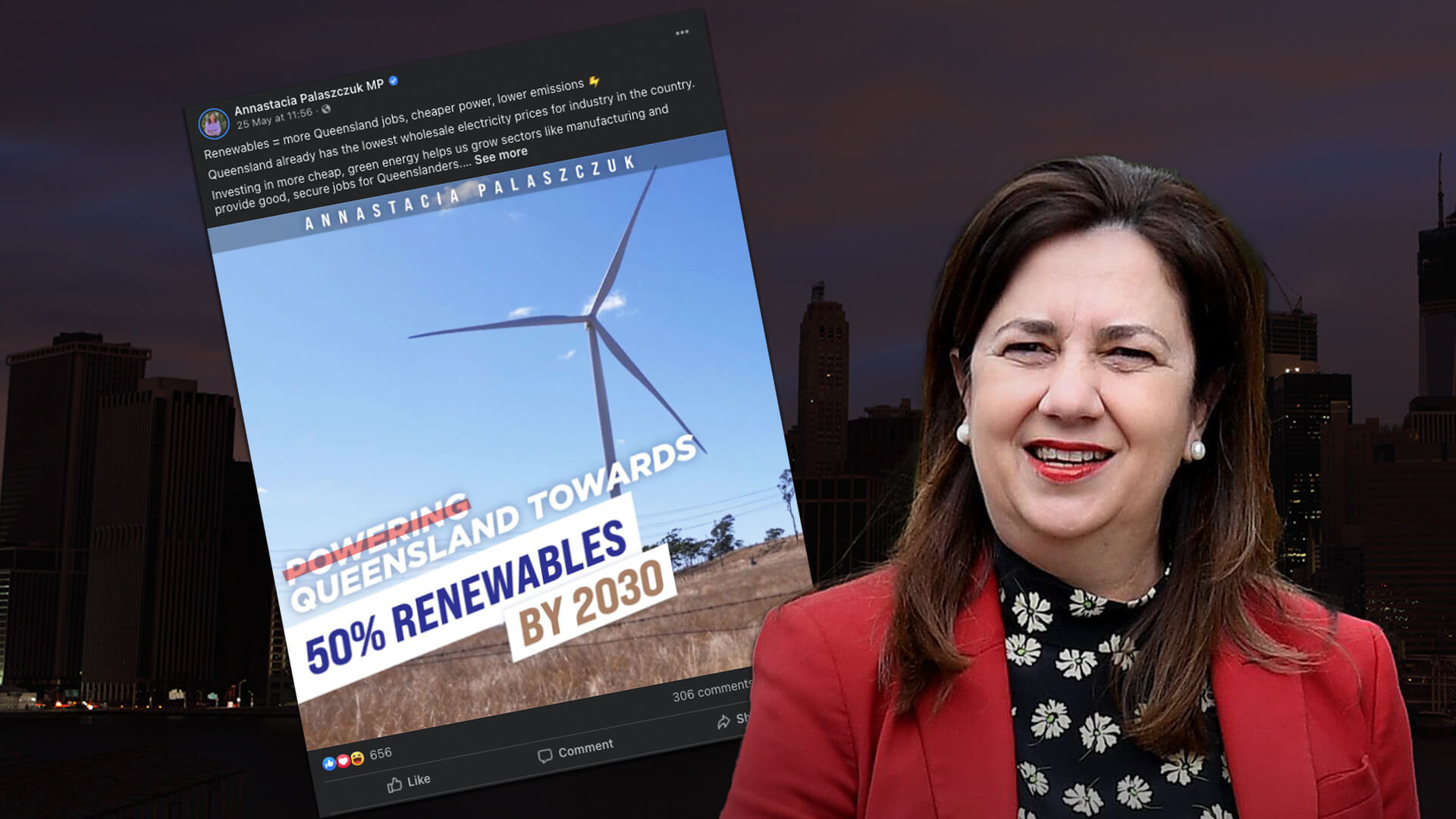 The timing couldn’t have been more perfect.

“We’re charging towards our target of 50 per cent renewables by 2030 – and reinforcing our position as the nation's renewable energy superpower.”

But then, hundreds of thousands of homes lost power after a hydrogen-filled generator at Queensland’s Callide C coal-fired power station exploded.

According to Ms Palaszczuk: “Our power network faced a tough test, and I’m proud of the way it responded”.

Although you’re right to say Queensland’s grid faced a tough test, you weren’t exactly upfront about how it responded and how poorly your renewables performed.

While your beloved wind turbines and solar panels cut their energy output after the Callide C power station incident at 2pm; the reality was that gas, liquid fuel and hydroelectricity brought Queensland’s lights back on.

According to the Australian Energy Market Operator (AEMO):

However, Palaszczuk’s renewables were nowhere to be seen. The AEMO found:

Hundreds of thousands of households as well as “commercial and industrial users” were asked to “contribute to the effort by reducing energy use where it’s safe to do so”. 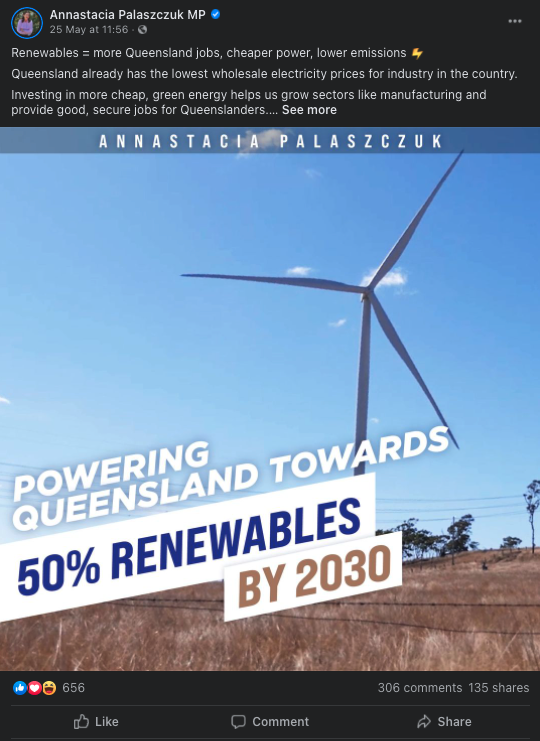 And what was behind the Callide C incident that cut power to half a million Queenslanders? We’ll have to wait for the investigation to be complete, but it’s true that coal-fired power stations were meant to run constantly, not switched on and off as unreliable renewable energy waxes and wanes.

Is this what Annastacia Palaszczuk’s so-called “renewable energy future” for Queensland boils down to? A once great industrial economy now begging users to reduce energy use because the grid has become so saturated with unreliable, intermittent, Chinese-made renewable energy that when something goes wrong, prices skyrocket by over 5000 per cent.

Even more concerning, is how this problem will only get worse.

In the next decade, the National Energy Market’s biggest coal-fired power stations, Eraring (which produces 20 per cent of NSW’s daily power needs), Victoria’s Yallourn coal power plant and Liddell will close. Meanwhile Palaszczuk refuses to back the new Collinsville coal power plant, which has attracted the support of both George Christensen and Bob Katter.

At the end of the day, one can only hope that after Tuesday’s escapades, the Palaszczuk government will wake up and realise renewables only put downward pressure on power prices when wind and solar conditions are in perfect sync with energy demanded by Queenslanders – an unstable state of affairs which condemns the sunshine state to the dangers of deindustrialisation and energy insecurity.

However, as we keep saying here at Advance Australia, we’re not holding our breath…