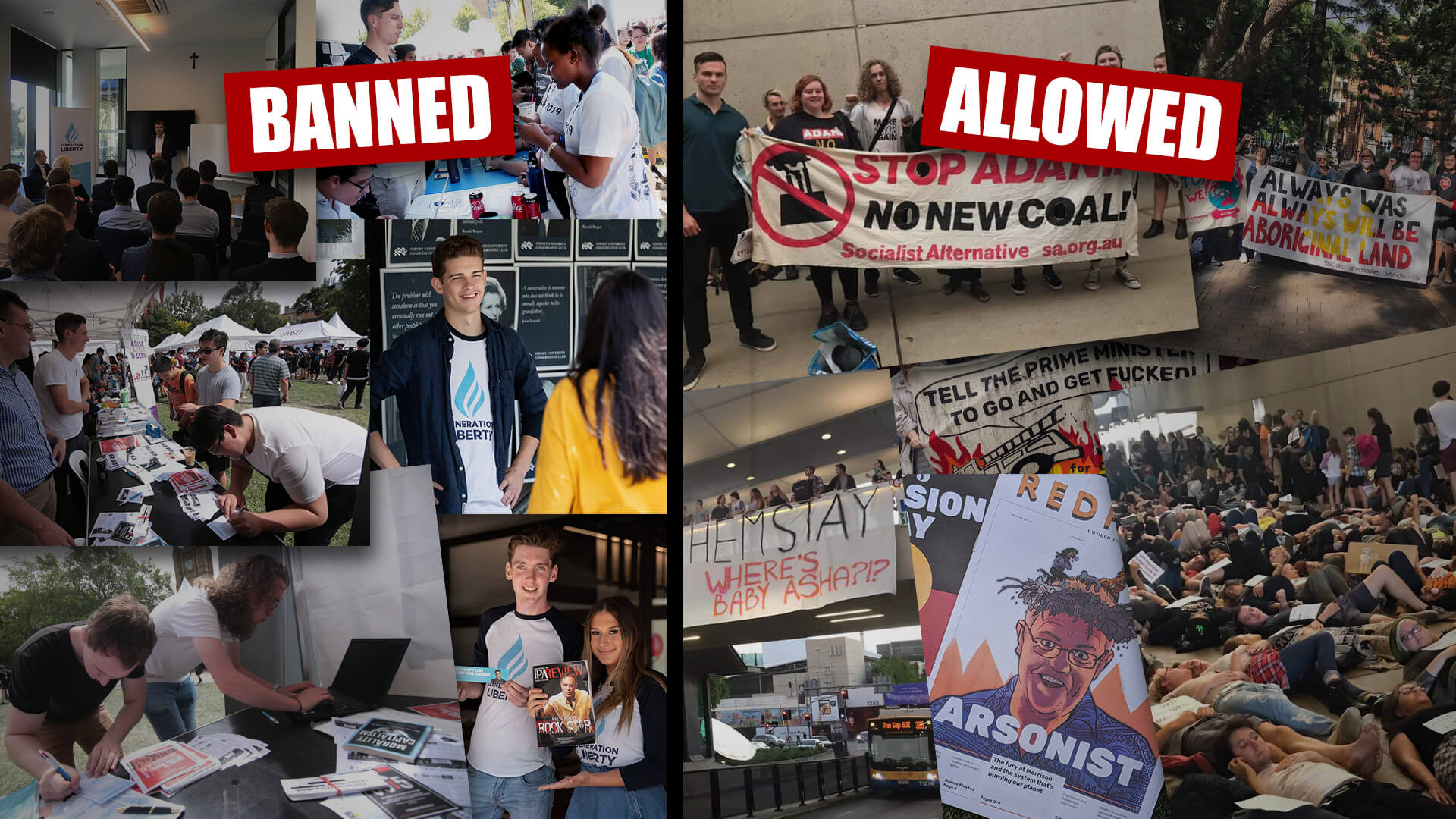 Queensland University of Technology (QUT) has provided us with the latest example of the left using power and money to silence dissenting opinions.

QUT’s Student Guild has banned Generation Liberty from setting up a stall at O-Week.

Targeting those up to the age of 25, Generation Liberty “bridges the gap between the next generation and the ideas of free markets, individual responsibility, capitalism, and democracy”.

These freedom-loving students hold events and debates on topics such as capitalism vs socialism, the positive contribution mining and coal makes to our nation, and western civilisation...

So why were they disallowed?

QUT’s Student Guild had no problem waving through the Socialist Alternative Club to set up a stall at O-Week – a group self-described as “a revolutionary Marxist organisation”.

“We stand for the overthrow of capitalism and the construction of a world socialist system,” their anti-mainstream values website proclaims.

Their radical stances, some of which call for violence and anarchy, are “approved” by the university’s Student Guild while Generation Liberty’s are not.

“If QUT want to develop students with the intellectual rigour to take on the world, they should start by allowing it on campus,” she said.

“The anecdotal evidence I regularly hear about bias on uni campuses is proven real when the sensible, mainstream Generation Liberty isn’t allowed at O-Week, but the extremist Socialist Alternative have been allowed time and time again.”

Perhaps it is time the Morrison Government stepped in to break the left’s monopoly on ideas and speech at Australian universities.

Cutting taxpayer funds to universities unless they can demonstrate a commitment to free academic inquiry and speech on campus would be a good start.