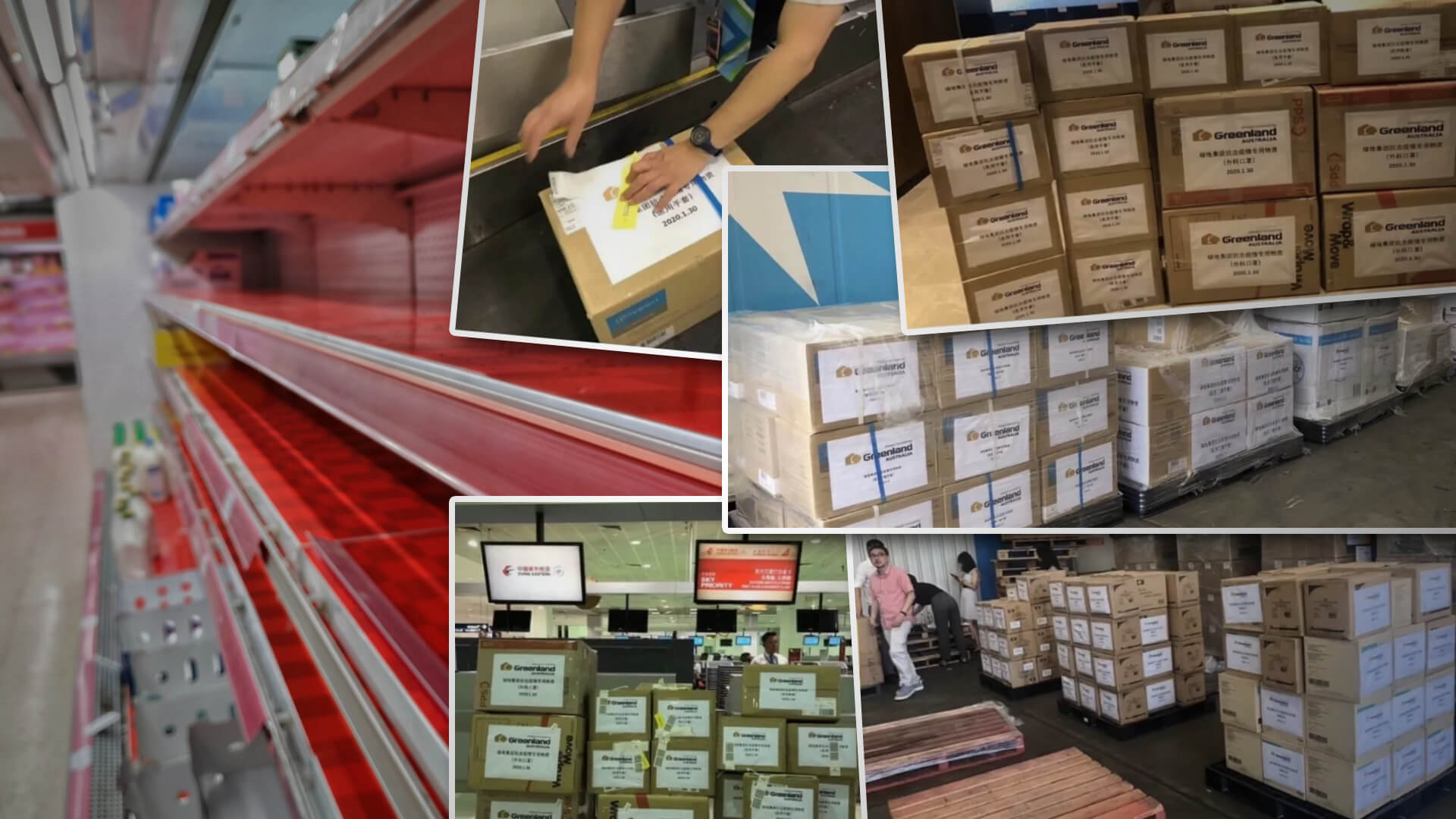 Just when we needed them most, communist-backed Greenland Group in Sydney bought up pallet loads of our Wuhan virus fighting supplies and sent them to China.

During January and February, the Sydney office ceased their normal business of managing property to raid Australia’s much-needed medical supplies instead.

According to their company newsletter, the Greenland Group sourced 3 million protective masks, 700,000 hazmat suits and 500,000 pairs of protective gloves from "Australia, Canada, Turkey and other countries."

Context: Aussie medical experts were worried about our lack of available materials as early as late January.

At a time our local doctors and nurses were already struggling to stay safe, these guys were fleecing us…  And they weren’t alone.

A second Chinese property company based in Sydney flew more than 80 tonnes of medical supplies on a corporate jet to Wuhan in late February.

Risland, formerly known in Australia as Country Garden, is a totally owned subsidiary of Country Garden Holdings, one of China’s largest property developers.

Having started the Wuhan virus and covered it up for weeks, the Communists in Beijing clearly left no stone unturned in trying to fix their mess at home – even if it meant leaving the rest of us in the lurch.

In a cutthroat move, these Communist-backed property groups literally changed their business models to snatch up medical supplies from a host country about to need them.

They ("the majority of whom [employees] are Chinese…") put their motherland first – not us.

And it’s high time we started doing the same.

How was this even allowed to occur?  You’d think someone at Border Force might have twigged.

The companies didn’t do anything to hide their pillaging efforts.

Greenland Australia even posted its efforts of packing pallets in the company’s Sydney headquarters on social media.

And Risland Australia posted on its LinkedIn page: "The chartered plane with 90 tons (82 tonnes) of medical supplies, including 100,000 most needed protective coveralls and 900,000 pairs of medical gloves, has successfully departed from Sydney and arrived in Wuhan on 24 Feb."

Australia’s supply lines are already compromised because of our dependence on China – surely a shipment like this during a looming pandemic should have been picked up and stopped??

It wouldn’t have taken a genius to have commandeered all local supplies at the outbreak of the crisis.

When a nation is on a war footing, they don’t allow supplies needed to fight the war to be shipped to the country that started it.

Australians are now paying $150 for a pack of 20 facemasks and $20 for a bottle of hospital grade hand sanitiser (if they’re lucky enough to find them) because we allowed tonnes of vital supplies to slip through our fingers.

No one begrudges helping sick people anywhere in the world, but in times of national emergency nations have a duty to secure the safety of their own people first.

And once we lick this virus – and we bloody well will – every facet of our relationship with the Red State must be reviewed.