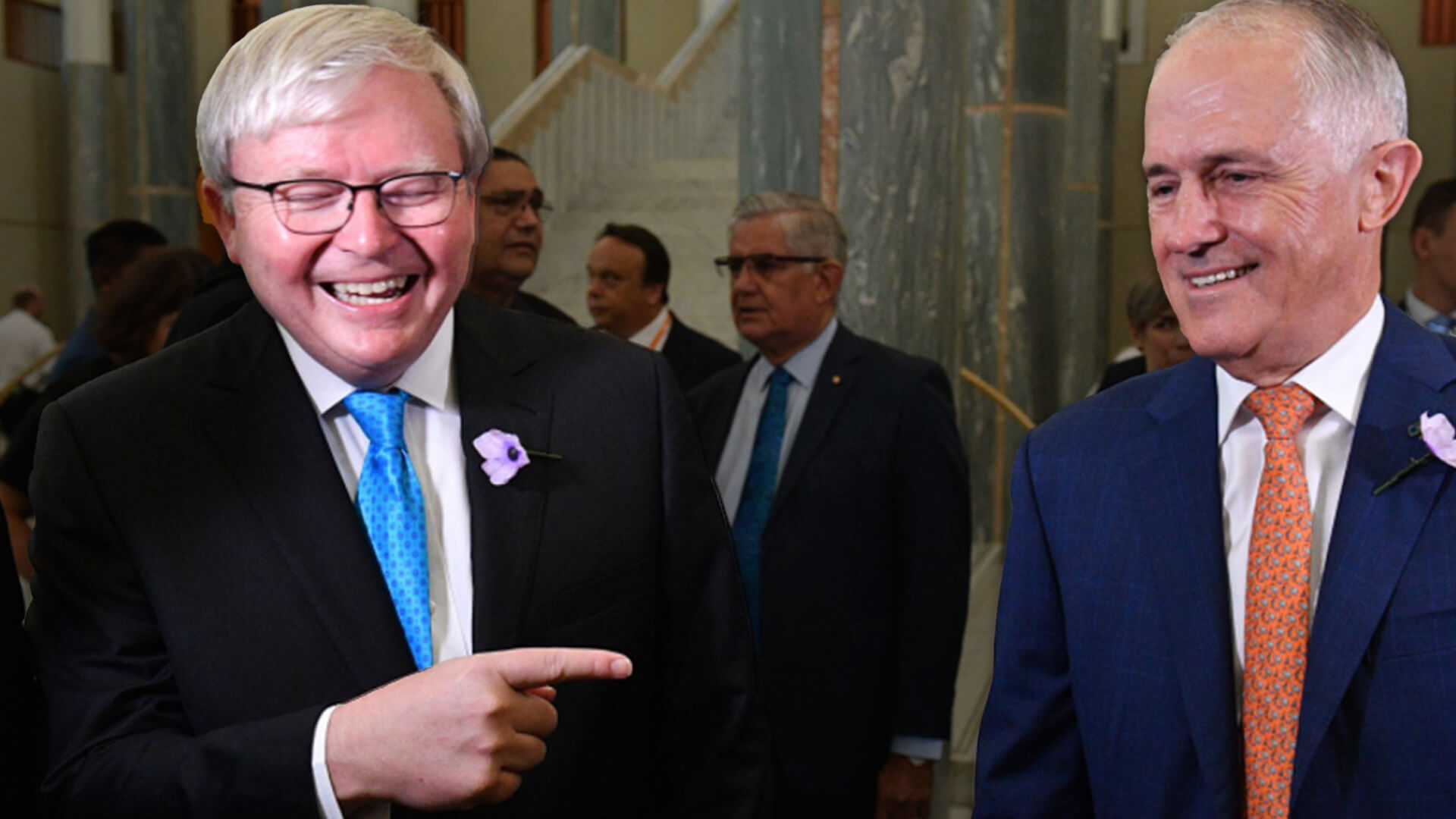 This week, two of Australia’s worst Prime Ministers – Kevin Rudd and his buddie Malcolm Turnbull – have proven they’re still in the business of shallow political opportunism.

Surprise, surprise. As so many of us already know, once a politician, always a politician.

However, instead of obsessing over the coming climate crisis and conspiracies about Rupert Murdoch covertly running the country, this time Rudd tried to take credit for the PM’s vaccine rollout with the support of miserable Malcolm and the ABC.

Here’s how it played out:

What’s the point of Scott Morrison? Why is it up to others to step in and help fix his vaccine rollout mess? https://t.co/ndYvB9oGHE

How did this work out for Rudd, miserable Malcolm and their supporters over at the ABC?

“Recent media reports suggesting that any third party or individual has had any role in contractual agreements reached between Pfizer and the Australian government are inaccurate.

“The only two parties involved in these agreements are Pfizer and the Australian government.

Although this sort of behaviour from Rudd shouldn’t be surprising to anyone, it does reveal the true extent of his suffering at the hand of attention deficit syndrome – a disorder Pfizer unfortunately can’t yet inoculate against.

Afterall, Rudd is working to reverse his mounting unpopularity by falsely taking credit for the Prime Minister’s belated success with the help of the ABC. Note this is while they rally against the Murdoch media for disseminating fake news about the impending “climate catastrophe” and the pitfalls of renewable energy. The irony.

Rudd and Turnbull are campaigning against ScoMo for his failure to get vaccines onto Australian shores without acknowledging we’ve had one of the lowest case and death rates in the entire world – all while the government has been forced to contend with unhinged state premiers from both their political factions.

And neither of them have joined calls for the ABC to apologise for propagating false information about Rudd’s role in getting more Pfizer vaccines to Australia.

These men are an utter disgrace.

With over $1 billion of taxpayer money going to the ABC every single year, the Prime Minister needs to stand up for himself and demand our “national broadcaster” apologise for giving Rudd and Turnbull a platform to spout their self-serving nonsense and inflate their increasingly fragile egos.

As Advance keeps saying: it can’t be too much to ask for…