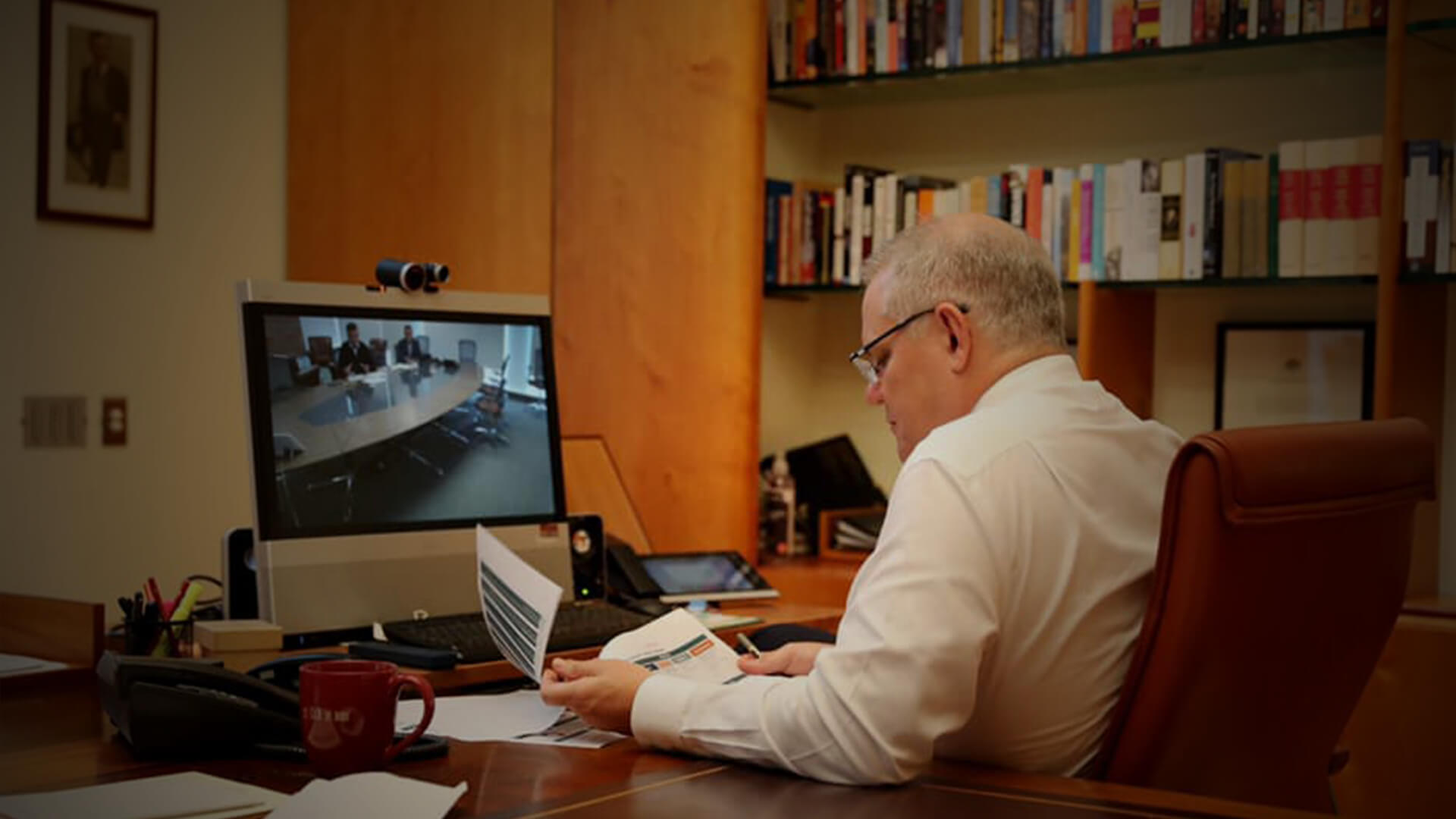 And after watching the world body systematically fail us at every stage of the Wuhan virus pandemic, we couldn’t be happier about it.

The world needs and deserves answers.

And so, in an effort to ensure the virus-induced mess we’re in never happens again, this week ScoMo got on the blower and floated his idea for WHO’s reform to world leaders.

His proposal could ensure WHO disease inspectors have the same authority as UN weapons checkers to enter countries and investigate outbreaks.

Right now, this would be the Chinese Communist Party’s worst nightmare: experts entering China and tracing the source of the pandemic outbreak as the world looks on.

At a time when faith in the world body is at an all-time low, weaponizing the WHO may not initially sound like the best idea.

Which is why Home Affairs Minister Peter Dutton has been adamant that any such push for the WHO to be given said powers must be predicated by the farewell of WHO Director-General and Beijing puppet Dr Tedros.

Indeed, ScoMo’s idea just might prove to be the vaccine needed to cure the toxic secrecy of rogue states like China.

How else are we supposed to get much-deserved answers?

In the Prime Minister’s own words:

There are immediately things that can improve.

One of the things that would have been very helpful to the world was if there wasn’t that delay and if there was the ability to get this information very early on that could have alerted the rest of the world to the greater risk that was occurring there.

It did take a while….  [and] if there is a virus of this nature that is believed to be of pandemic potential and very dangerous to the world we need to know what is going on and fast.

Very fast and if we have that ability that could potentially save thousands if not hundreds of thousands of lives and we need to have that sort of ability.

The old adage “you can trust a Communist, to be a Communist” was proved true once again in December of last year when Xi Jinping prioritised saving face over saving human lives.

In the words of Holdman W Jenkins Jr, “At the very least, choosing at every stage to indulge its [the CCP’s] preference for secrecy was tantamount to a decision to let the world become infected. That much is hard to dispute.”

Even Labor leader Anthony Albanese is on board with ScoMo’s idea.

“It’s the only structure that could possibly get to the bottom of this … I support Scott Morrison’s call for the WHO to be able to go in un­fettered. It should have access to any records that it wishes to see,” he said.

Great to see bipartisan support for turning the WHO on its head after it’s proved to be nothing but Beijing’s lapdog at a time we needed them most.

The WHO has outright undermined free countries like Australia by helping the CCP cover their tracks.

Thankfully, Scomo may have just kick-started the reformation necessary to see the WHO serve the rest of its nation states.