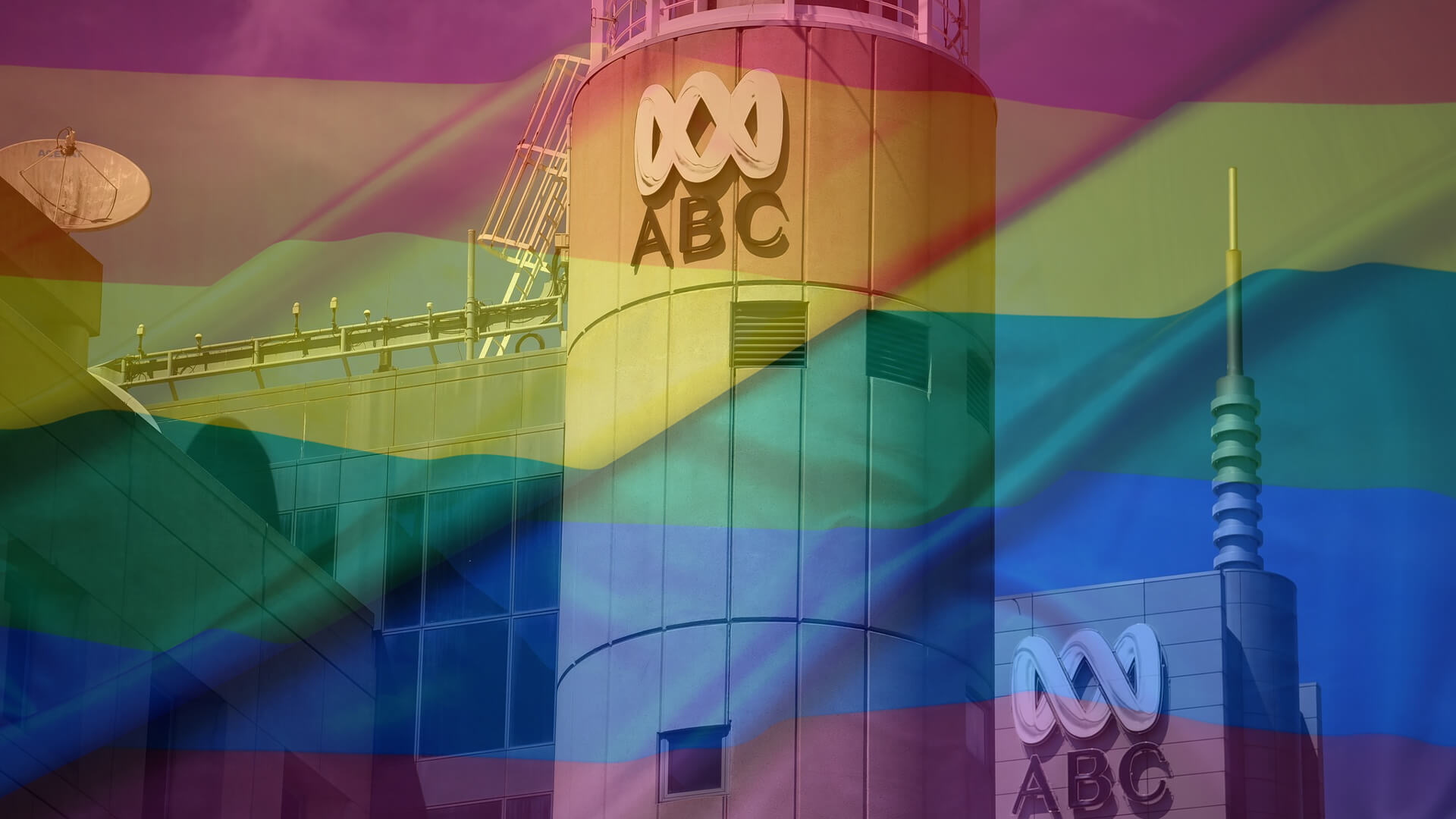 The ABC’s strategy for “diversity and inclusion” probably doesn’t include you, unless you’re a member of the LGBTQ+ alphabet community.

To demonstrate why, below are several programs the nation’s taxpayer-funded broadcaster has recently signed their employees up to.

According to FOI documents released last month, the ABC has signed up to the “Pride in Diversity” program – an initiative of the Aids Council of NSW – that acts as “a national not-for-profit employer support program for LGBTQ workplace inclusion, specialising in HR, organisational change and workplace diversity”.

ACON is part the International Lesbian, Gay, Bisexual, Trans and Intersex Association (ILGA) – a global federation of LGBT organisations that enjoys consultative status at the UN’s Economic and Social Council (ECOSOC) and is pushing an agenda for worldwide “social change”.

The ABC pays $10,250 per year to participate in the Pride in Diversity program and the LGBTIQ Inclusion Awards are dangled as a carrot for businesses that have spent their working year striving to satisfy a dizzying range of requirements laid out in something called the Australian Workplace Equality Index or AWEI. The total cost to the Australian taxpayer in terms of staff hours can only be imagined.

The ABC’s 286-page submission to AWEI for 2020 boasts of the following “big-ticket” diversity and inclusion initiatives for 2019–22:

On top of this, all HR documents need to be redrafted to make it “explicitly clear” that they apply to gender and sexually diverse employees. And LGBT-specific support services need to be provided, such as paid gender transition leave, counsellors trained specifically in the unique challenges of LGBT relationships, “all gender toilets”, “inclusive” dress codes, and diversity and inclusivity training days.

According to the FOI documents, the ABC believes it’s important to ensure staff are repeatedly encouraged to donate to LGBT causes and to gather evidence that they have donated because all that feeds into the ABC’s Australian Workplace Equality Index score total at the end of the year.

The Pride Committee has advised the ABC to “to ensure that LGBTIQ+ inclusion is achieved within our workforce but also within our content”.

According to the FOI documents, Christopher Nelson (the ABC’s Pride in Diversity support person) wrote to congratulate the ABC on a radio interview with Ed Ayers about the importance of Wear it Purple Day. “Ed spoke beautifully about why it is important for young LGBTQ people and about her own journey as a trans man. I think this is AWEI worthy.”

You’re paying for this, Australia.

While 116,000 Australians sleep rough every night, the latte sippers at the ABC are too busy worrying about their gender identity and the next Mardi Gras pride float.

No wonder more than 52.6 per cent of those interviewed said, if they had a choice, they wouldn’t be prepared to pay anything for access to the national broadcaster’s television content in its current form…