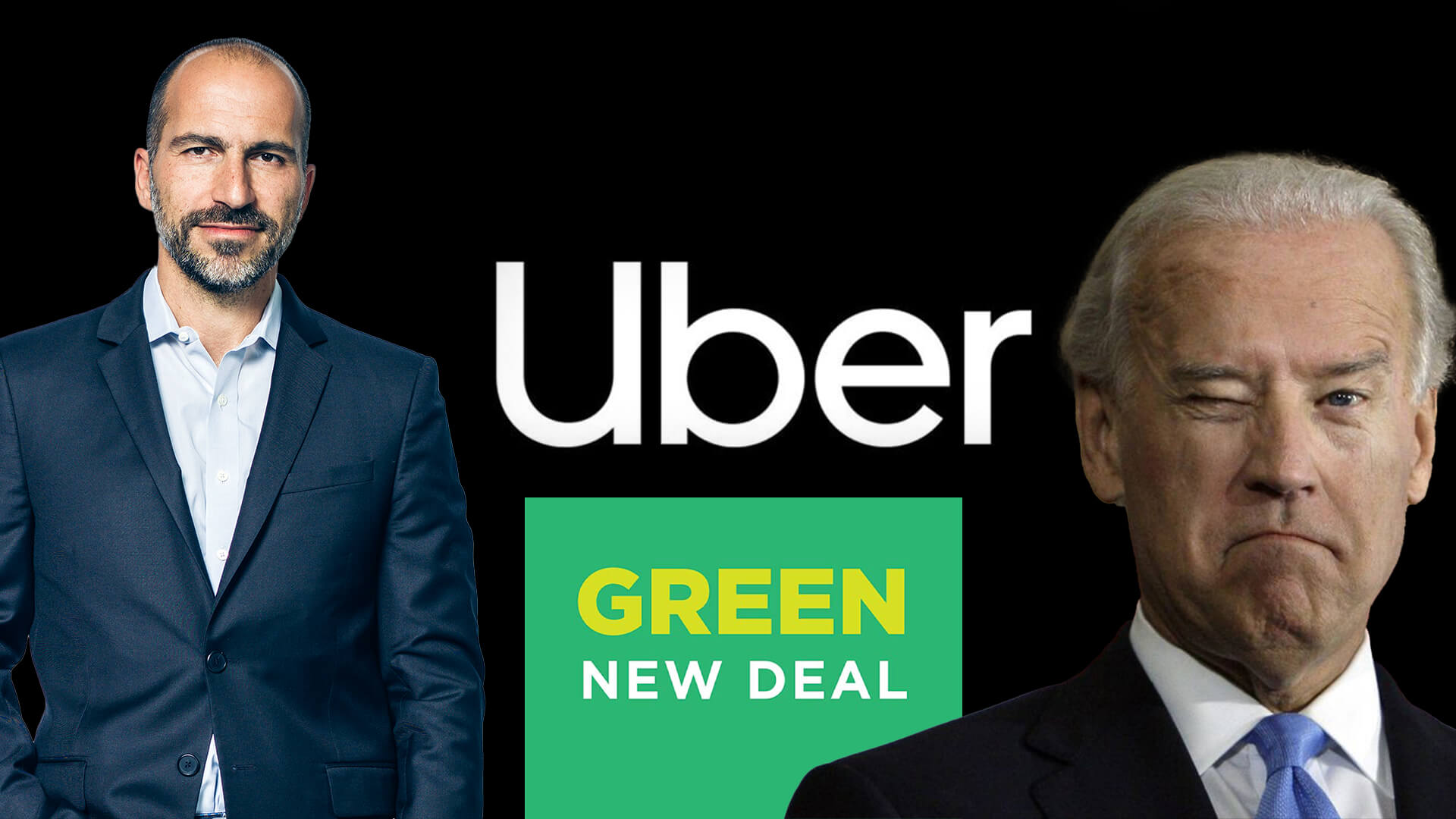 It has become increasingly clear corporate elites are using left-wing activism to cover up their mistreatment of workers and radical political agendas.

A 2018 study conducted by MIT found 74% of Uber drivers earn less than the minimum wage, and 30% lose money when all expenses are taken into account.

Instead of addressing this gross mistreatment, Uber CEO Dara Khosrowshahi is more interested in preaching about ‘driving a green recovery’ post-COVID-19.

In a letter posted on Uber’s website, Khosrowshahi borrows Joe Biden’s campaign slogan ‘build back better’ to announce his company is ‘committed to becoming a fully zero-emission platform’ with ‘100% of rides to take place in electric vehicles in US, Canadian and European cities by 2030.’

How out of touch is this bloke?

Does Khosrowshahi consider the fact his workers are more concerned about putting food on the table for their families than reducing carbon emissions to stop climate catastrophe?

Does he understand how many of his workers will be unable to afford purchasing an electric car to satisfy his green dreams?

How about the tens of thousands of child miners in the Congo who toil away day after day in cobalt mines to satisfy the West’s insatiable demand for batteries and electric vehicles?

Then again, who cares?

Khosrowshahi has better things to worry about – like how to spend his $45 million dollar paycheck.

Khosrowshahi brings to mind the Vice-Chancellor of Sydney University, Michael Spence – a man who lectures his students and staff on ‘inclusion and diversity’ and ‘the responsibility to call out racism’ while pocketing half a billion dollars every year from Chinese students alone.

I wonder where the Vice-Chancellors love of ‘diversity and inclusion’ was when he blocked the ‘Dalai Lama’ from visiting campus because it was ‘in the best interests of researchers at the university.’

I am sure there is absolutely no correlation whatsoever between Michael Spence’s 56% pay rise to $1.56 million a year, his decision to ban the Dalai Lama, and the universities dangerous reliance on students from red China.

Funny how once his business model imploded during COVID-19 (with the Chinese students going back home), it is announced he is scurrying off to the UK to work for another university.

A rat deserting a sinking ship.

Speaking of sinking ships, the Reserve Bank of Australia (which is currently engaged in the biggest bout of money printing in Australian history), now claims global GDP could fall 25% below the expected level by 2100 if the world doesn’t act to reduce global greenhouse gas emissions.

Why is a bank tasked with a simple mandate of keeping inflation between 2-3% butting in on the climate debate?

I’m sure these people already have enough on their plate, such as their new project to release a digital currency in alliance with the cashless world the global elite have planned for the Great Reset.

Perhaps they are taking tips from ANZ which last week announced it would refuse credit to businesses uncommitted to carbon neutrality.

Does this include China ANZ?

Will you pledge to not do any business with China until it shuts down its 1,077 operating coal-fired power plants and cancels the 104 under construction?

Or are you only interested in targeting Australian energy producers, industry and farmers?

I think we know the answer.

These corporates have an agenda to deindustrialise Australia through the vandalization of our energy grid in the name of climate change.

And they now have the gall to conflate climate change with COVID-19 – just like the World Economic Forum and their mates at the United Nations.

Pradeep Philip, the lead partner at Deloitte Access Economics and the policy director of the Rudd government during the GFC, said last week that ‘by 2050, Australia will experience economic losses on par with COVID every single year if we don’t address climate change.’

It will be the end of the Australian way of life according to this man.

Sounds a lot like what happened during the COVID lockdowns doesn’t it?

All over warming of a fraction of a degree.

These corporates know if the public understood the truth about their ridiculous overcompensation, their risky decision-making and their blatant disregard for the interests of average Australians, there’d be riots on the streets.

As such, they resort to cowardly virtue-signalling about the climate change bogeyman and the importance of diversity and inclusion in the hope that they can extract enough from our economy before they’re forced to scamper away to their gated mansion communities.

This is the state of 21st-century progressivism.