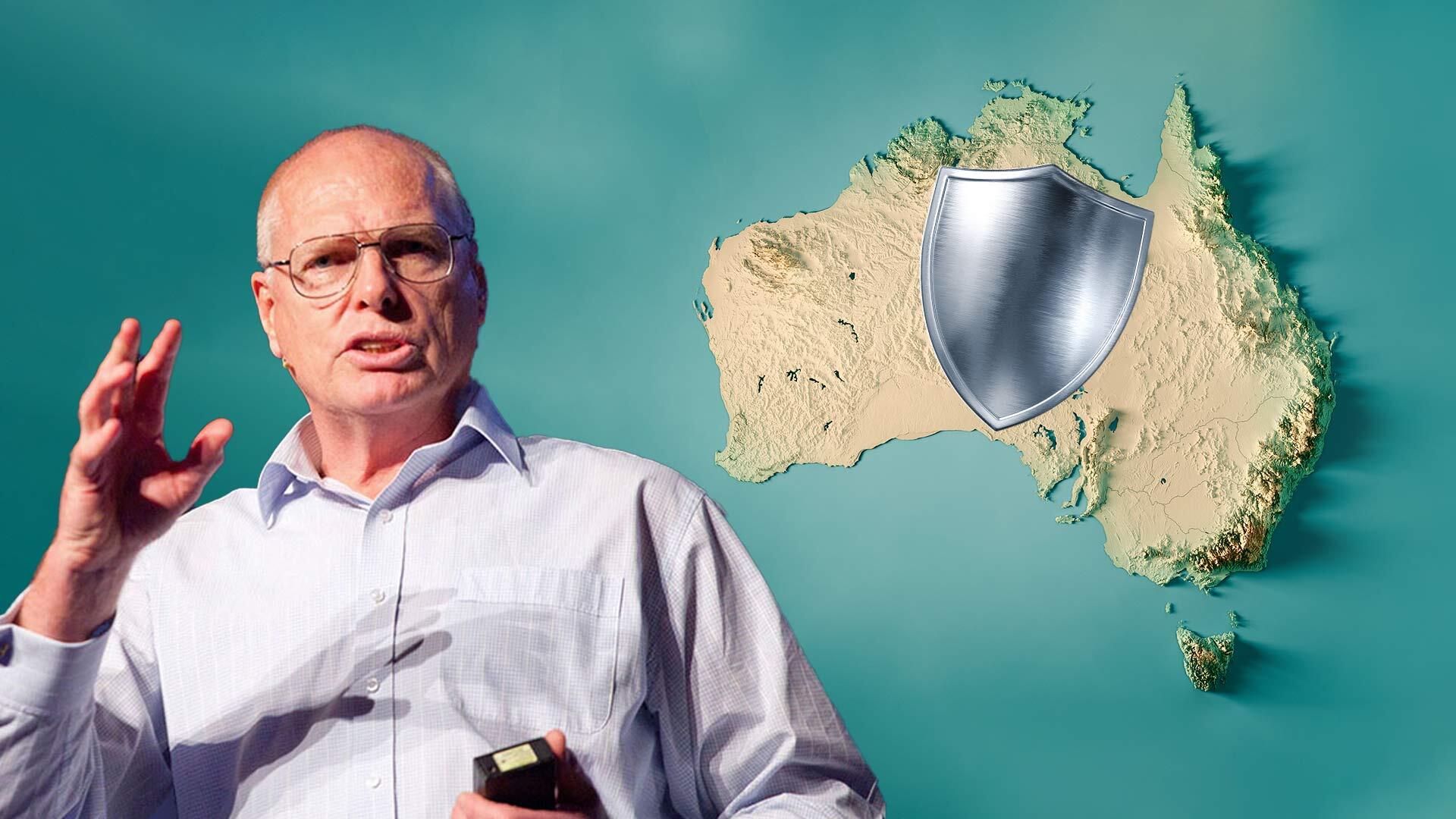 Australia needs to have a serious chat about national security and the man to do it is Senator Jim Molan, the Former Chief of Operations for the Headquarters of Multinational Force in Iraq.

With an increasingly unstable United States to work with, Senator Molan has ramped up his calls for Australia to become more secure.

He’s admitted “the American military is 30 to 50 per cent weaker than it was at the end of the Cold War,” meaning “we can’t expect it to come and rescue all its allies as it has over the past 75 years.”

He argues “we need to be independently strong; we need to be self-reliant and then we can contribute healthily to any alliance that may arise.”

And to prove its possible, he points to Israel which “became secure after having fought any number of successful wars, with a total population of 6 million Jews and 2 million Arabs.”

So why hasn’t Australia become self-reliant and defendable like the Israelis?

Well, according to Senator Molan, it’s because “at the moment we elect not to,” and the evidence is everywhere.

For example, how can any politician mindful of our future national security allow 90% of our crude oil, petrol, aviation fuel and diesel, 90% of our medicines and 90% of our fertiliser to be imported?

Why haven’t our politicians done anything about how per capita water storage is predicted to fall by more than 30% by 2030? And why hasn’t any courageous politician managed to build new dams in response?

Although so-called “expert” Tim Flannery says new dams will never fill because of climate change, anyone who’s in touch with this land knows it has no shortage of water. The issue is it falls in all the wrong places.

Between 80-90%of the continent’s water falls north of the Tropic of Capricorn, in the largely unsettled Top End areas of Western Australia, Northern Territory and Queensland, and more than 50% of it runs to evaporation and the sea.

Why not dam it and send it south to our struggling farmers? The idea has only been around for a century.

According to Bob Katter, Australia used to have 172 million sheep. Now we have only 66 million.

We used to have 32 million cattle. Now only 22 million.

And while we were a net exporter of seafood and processed fruit and vegetables for decades, we’re now a net importer.

How can this be?

Australia was once an agricultural and industrial powerhouse with the resources to defend itself.

We made Australian weapons like the Cruiser Tank, CAC Boomerang fighter aircraft and Owen submachine gun during WW2.

Now we hardly make 0.3% of the world’s steel and import more weapons than any other country in the world bar Saudi Arabia.

This trend has to stop.

For if we don’t get the fundamentals right, there’s no point in funding a military which couldn’t sustain itself on the home front for more than a few weeks.