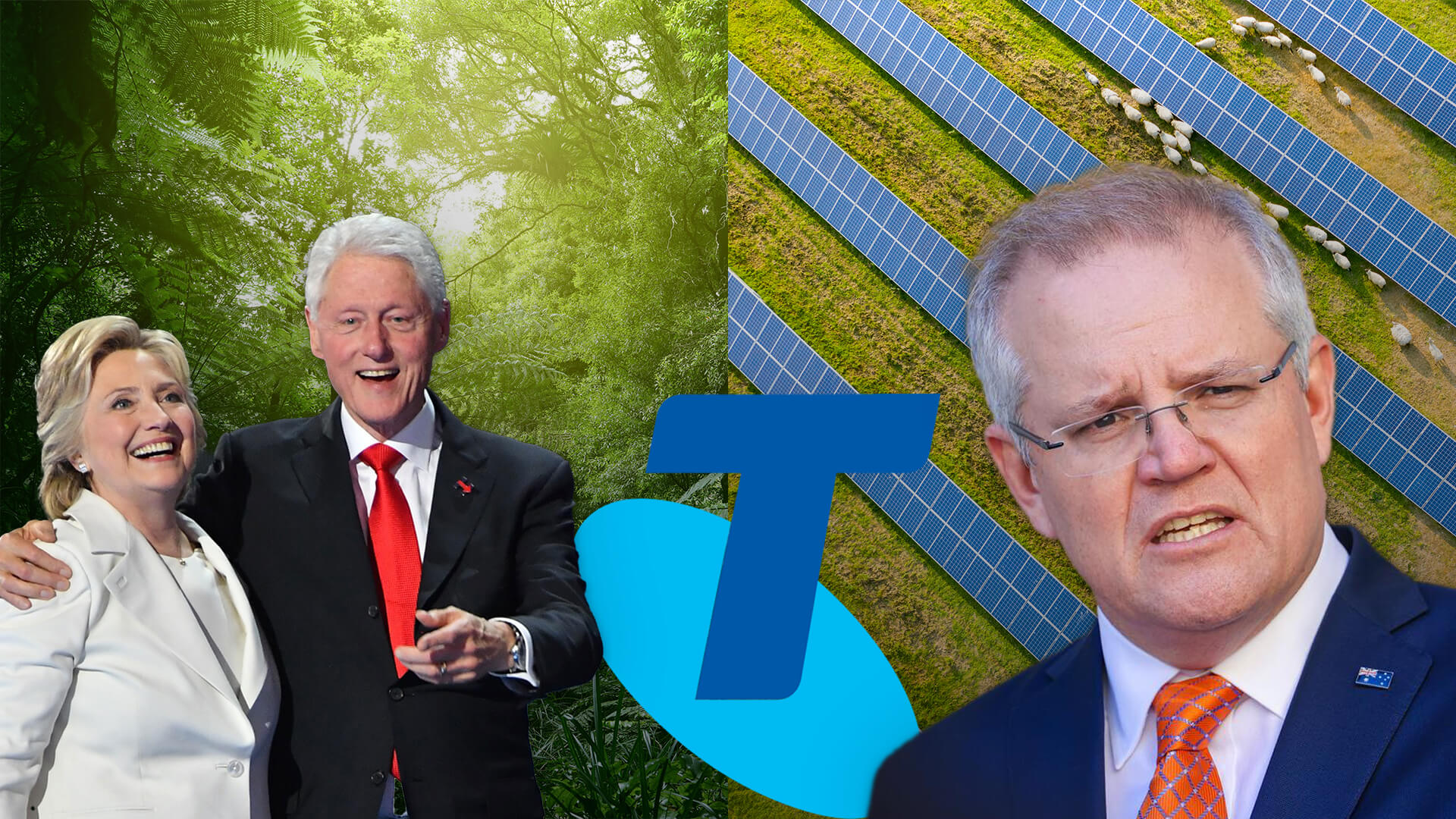 With all the hype floating around about net zero emissions following ScoMo’s announcement his government will commit to a 2050 target, it’s worth pausing to reflect on what net zero actually means.

Although the “experts” tell us reaching net-zero is about saving the planet, the reality is totally different.

One of the central ways by which businesses and government reach net-zero is via the purchase of “carbon offsets” issued by renewable energy generators or “carbon farmers” from around the world.

As Telstra’s annual emissions are around 2.3Mt of carbon dioxide, the cost of “carbon neutrality” was $6.9 million a year – a mere fraction of its full-year profit of over $1.8 billion.

Sounds too good to be true, doesn’t it?

That’s because it is too good to be true.

India’s booming wind turbine manufacturing industry is powered by the cheap, stable energy derived from their growing fleet of over 300 coal-fired power plants, while the raw materials used to make the turbines include hundreds of thousands of tonnes of coking coal and iron ore every year.

Doesn’t sound too green, does it?

Then there are the “carbon offsets” derived from forestry projects.

The idea is that governments, businesses and individuals can offset their carbon consumption by paying to preserve trees which otherwise would have been cut down.

However, it doesn’t always work out as planned.

Ahead of the 2014 Soccer World Cup in Brazil, FIFA bought carbon credits covering 331,000 tonnes of carbon dioxide to offset the entire carbon footprint of the matches.

Although the credits purchased went towards a reforestation project in the Brazilian state of Rondônia, the project was suspended last year amid reports loggers destroyed more trees than all the credits sold.

After the Clintons supported a Cambodian forestry project to generate carbon credits by planting trees, environmental journalist Lisa Song proved via satellite imagery that almost half the area designated for preservation was deforested.

Even the Norwegian government, one of the biggest purchasers of carbon offsets, smells a rat.

According to Norway’s Office of the Auditor General, despite a decade’s work and $3 billion, results of the country’s carbon offset purchasing regime for emissions reduction were “delayed and uncertain”, resulting in a “considerable” risk of “leakage” (when protecting one patch of land leads to deforestation somewhere else).

Besides, the whole idea of planting trees to offset carbon is unscientific itself.

According to Abigail Swann, an ecology professor at the University of Washington, one should think of trees as “hiding the carbon for a while.”

Well, when trees take in CO₂, the gas doesn’t magically disappear. The trees simply store the carbon, incorporate it into their living tissue as they grow, and when destroyed, release the accumulated carbon back into the atmosphere.

At the end of the day, none of this matters to our big corporates hellbent on reaching net zero.

Lucky for them, the purchase of carbon offsets are tax-deductible in most cases, meaning their bottom lines are left unscathed.

As usual, however, the taxpayer is left with the bill of reaching net-zero, which is estimated to cost 16% of GDP per year by New Zealand’s government.

As Senator Matt Canavan revealed last year, “the main reason we met our Kyoto targets was because we stopped farmers from clearing land.”

What did that lead to?

The accumulation of fuel loads, which contributed to the severity of the 2019/20 bushfires, and the millions of animal deaths and millions of tonnes of carbon dioxide emitted as a result.

This is the problem with green dreams.

Although they’re underwritten with good intentions, their ridiculous schemes are taken advantage of by rent-seeking corporations and banks who care not for the environment, but their profit margins and manufactured public image.

As the saying goes, “the road to hell is paved with good intentions.”

Listen up ScoMo - we don’t want you to become Bill Shorten 2.0…