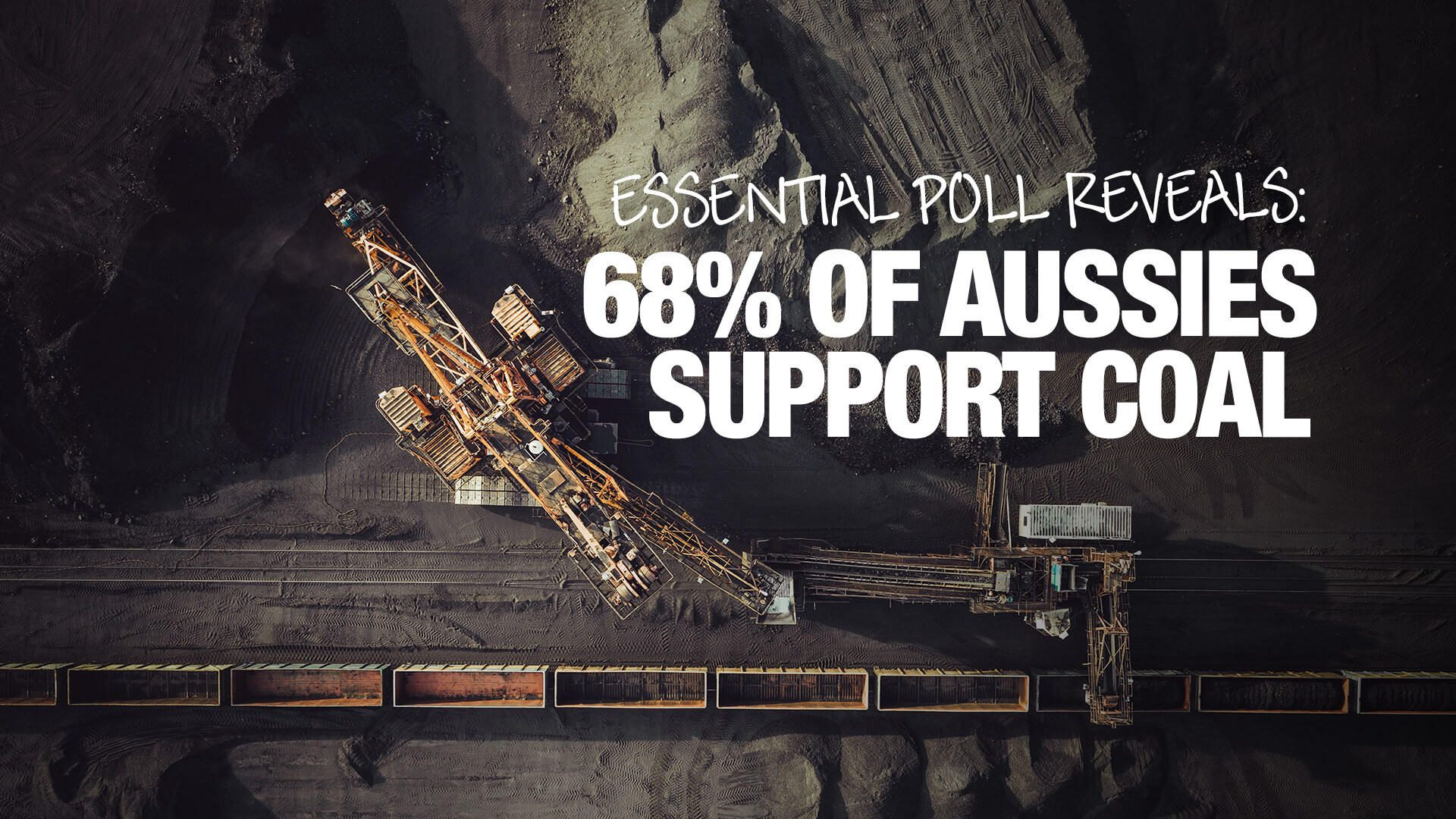 Despite the rolling hysteria in the mainstream media about the evils of coal, the lefties are still losing the battle for the hearts and minds of Australians.

Recent opinion polling by Essential Media reveals 68 per cent of Aussies actually like coal and want the industry to continue providing export dollars and reliable electricity.

Imagine how much higher that percentage would be if the media was telling the truth about what wind and solar is doing to our electricity prices and reliability of supply.

Sensible Senator Matt Canavan reminded us of this again recently.

Every wind turbine you pass when driving along the road is getting $600,000 per year from the taxpayers’ pocket.

But the wind only blows on average 40 per cent of the time.

And yet the left yell from their high horses about how immoral it would be for the taxpayer to subsidise coal-fired power stations.

Give us a break.

It is the rivers of cash from our pockets that have laced the renewables sector and bastardised our electricity market.

Aussies are seeing through the hype.

47 per cent said “The government should let the coal mining industry and coal-fired power plants continue operating as long as they are profitable, but not subsidise them or support the expansion of the industry.”

A further 21 per cent said “The government should subsidise coal-fired power plants to keep them going and provide financial support for new mines and other projects in the coal industry.”

These figures are a big tick for coal.

With 68 per cent of Australians overwhelmingly pro-coal, it is time the media started telling the truth.

Imagine if Australians were asked: “Do you support every wind turbine receiving a $600,000 a year subsidy from the taxpayer?”

The fact that Canavan’s revelations had to be sourced from a blogger rather than the mainstream media says it all.

Australians are not being given the full story.  Yet Essential’s poll proves we’re not stupid despite the constant fake news.

Thankfully, even while the anti-coal fever rages amongst climate alarmists, the Morrison Government is working hard to keep the lights on, virtually begging AGL to keep the massive Liddell coal-fired power station in the NSW Hunter Valley going.

Perhaps there’s hope yet for the future of black gold in Australia.