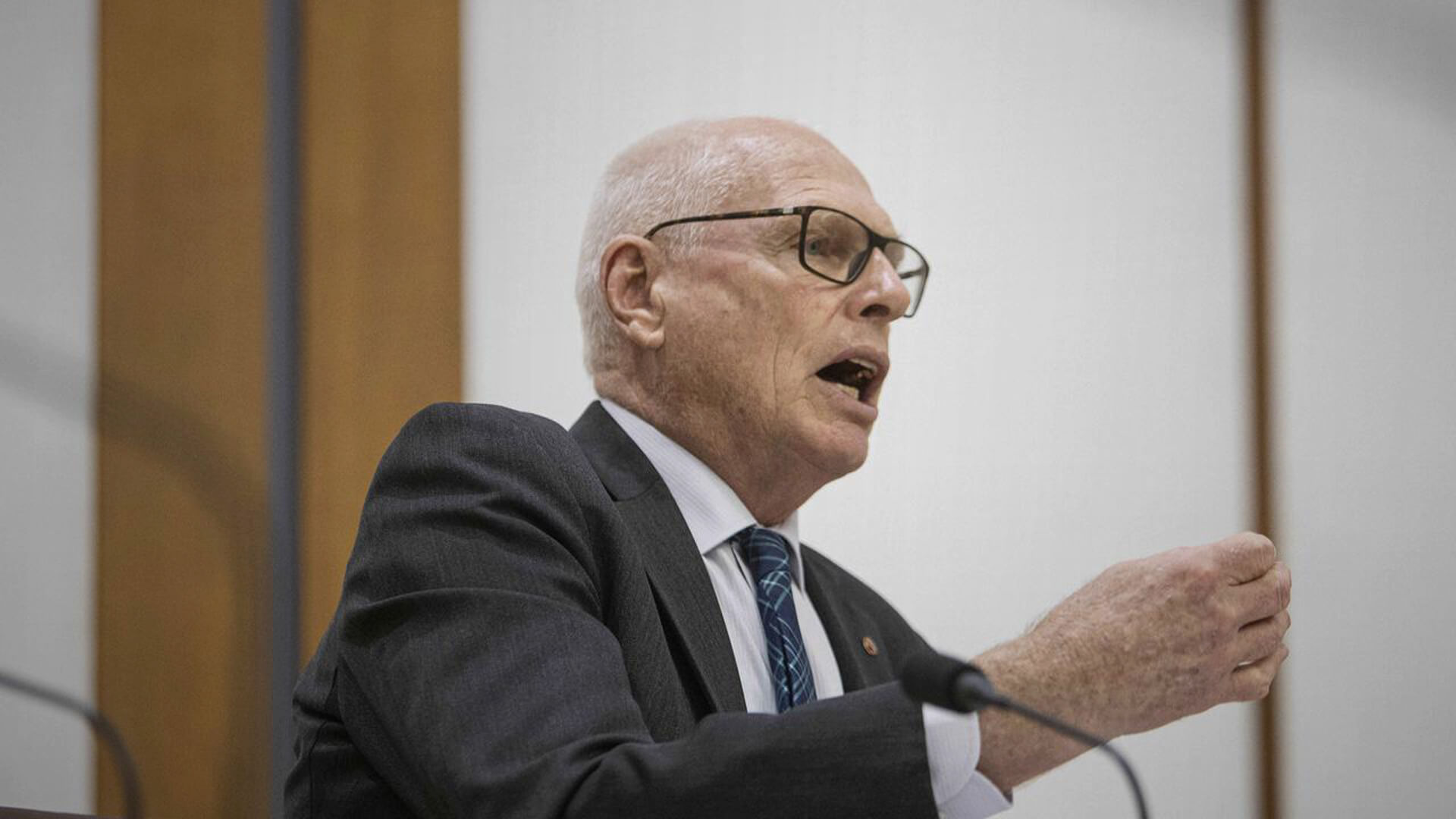 Nine MPs are “open” to backing the 2050 target if the Energy Minister’s plan shows it can be achieved without harming the economy and regional jobs.

While the rest refused to reveal their position after the Chief Government Whip sent out a message on Monday saying, “Hi Colleagues, The Australian is ringing around for views on Net Zero, please do not respond to surveys. Thank you, Bert.”

While it’s by no means surprising to see the “modern Liberals” back net zero and the Queensland Nationals reject it, there was one response that really caught our eye at Advance; and it was Major-General turned Senator Jim Molan’s.

For although Senator Molan acknowledges that Australia “can have little to no impact on the world climate” and the “poor predictive track record of alarming model-based climate change scenarios”, he told The Australian he is “open” to a net zero emissions target by 2050.

As Senator Molan said after the ABC crucified him for questioning whether the world would end if Australia didn’t shut its coal industry down, “we cannot make decisions that do not align with reality and the very real constraints that Australia faces”.

“Australia should seek to lead the world in developing the advanced technology that can offer other benefits for the environment including lower emissions, and for people.

“Much of that has to do with the generation of cheap energy. Because I have an open mind, I personally have been a very early adopter of solar and battery technology, and an advocate for the adoption of nuclear power.”

Senator Molan could be on the money here.

With the world’s banking elites threatening Australia with financial collapse if we don’t commit to net-zero emissions, perhaps the “pragmatic, intelligent, and balanced” approach is to legalise nuclear energy and then commit to net zero emissions by 2050?

Just open the papers in the United Kingdom today and you’ll see what we mean.

As reported by the Daily Mail, “Britain’s Business Secretary Kwasi Kwarteng is poised to approve funding for British engineering giant Rolls-Royce to create a fleet of mini nuclear reactors”.

“Ministers are understood to have adopted a 'change of focus' towards nuclear power amid the current crisis caused by rocketing global wholesale gas prices.

“Rolls-Royce believes its plans to install at least 16 plants could create 40,000 jobs by 2050 in the Midlands, the north of England and other parts of the country.

“According to the Sunday Times, a consortium led by the engineering firm has secured the necessary £210 million to get matching funding from the taxpayer.

“Chancellor Rishi Sunak is said to have made clear in a meeting on Friday that he thought nuclear should play a more prominent role in future energy policy.

“A source close to Mr Sunak said his general view was that Britain should have had a weightier focus on nuclear ‘ten years ago, when it was cheaper’ but added that the country ‘can't rely’ on wind and solar power.”

This could be the only way for the Coalition to win the next federal election.

Commit to net zero emissions by 2050 but pave the way for an Australian nuclear power industry.

Acknowledge there’s no “climate crisis” but focus on how Australia has one-third of the world’s uranium and could establish a small nuclear reactor manufacturing industry as large as our coal industry.

Promise the coal mining industry isn’t going anywhere and build a new coal-fired power plant in the Hunter, Collinsville and LaTrobe Valley to get use through the next decade, while we transition to small modular nuclear reactors like the Brits.

And admit intermittent wind and solar power can’t keep energy prices down, especially given industrial battery storage technology is decades away and the Chinese Communist Party are largely responsible for their production.

Let’s see what they come up with…