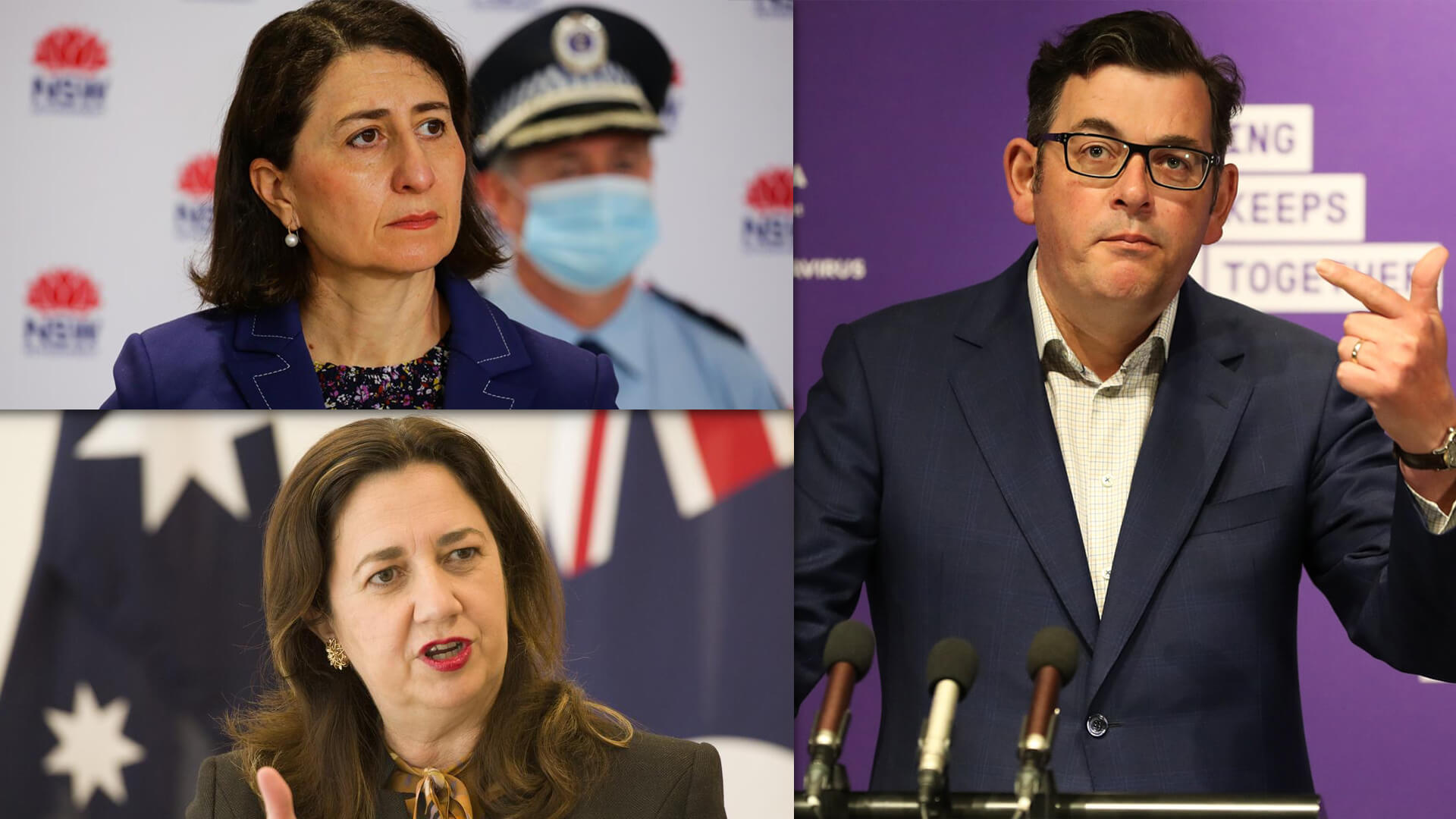 Although our politicians and bureaucrats say otherwise, we’re not all in this together.

Our small businesses and struggling families are on the brink of destruction while our bureaucrat bourgeoisie comfortably work from home in their PJs on the computers the taxpayer kindly bought them.

Our younger generations are the collateral for the billions in debt accumulated to keep people from starving during job-crushing lockdowns, while our politicians are paid up to $8,000 a week, plus an extra $1 million a year “worth of extra work perks”.

Meanwhile, the average punter can’t even see his mother to comfort her during her dying days.

What has happened to our once great nation run for and by Australians?

The short answer is that those who claim to represent us appear to be in it for themselves.

No longer are Aussies led by wise, principled and considered statesmen with both common and illustrious private sector careers before entering parliament like Billy Hughes or Robert Menzies.

No longer are our public servants serving the public by investing in our critical infrastructure, sharing the pain during recessions and avoiding politicising their work with contested, fringe political ideologies.

Perhaps even worse though is how our politicians and bureaucrats have been well aware of these common grievances throughout the community for years.

For instance, a recent poll by the Institute for Public Affairs found three quarters of those surveyed in NSW want politicians and bureaucrats on over $150,000 per year to have their pay docked by 20 per cent for the duration of the Greater Sydney lockdown; and only nine per cent disagreed!

This is exactly what Advance has been calling for over the past few weeks.

As Daniel Wild, Director of Research at the IPA said, “there must be an equality of sacrifice for the duration of the lockdowns.

“Reducing public sector pay is not aimed at public servants but ensuring they have skin in the game. Lockdowns have an inequitable impact on society based on class: the low-income working class suffer while the high-income professional elite remain in safe jobs and can work from home”.

We also need high-income professional elites in politics and our public service to sacrifice their gross decadence while so many struggle under lockdowns they impose.

Here are some of the most egregious recent examples:

Why cancel the August sittings of NSW Parliament?

Surely this is one of the most important times for all our representatives to debate, refine and pass critical legislation – not just Gladys’ “state crisis cabinet” made up of her and five of her allies?

Why pay feminist Elizabeth Broderick $400,000 for a “review of workplace culture” in NSW Parliament? Do we really need another biased report saying Aussie men are to blame for a “sexist” and “misogynistic” culture in the workplace?

Why does a special Indigenous Liaison Officer need to be employed even though there are 135 NSW MPs who are paid to consult with Aboriginal communities on a regular basis as part of their job?

And why were our politicians “told to celebrate NAIDOC week by baking Indigenous cookies” as Mark Latham wrote this morning?

You couldn’t make this stuff up if you tried.

With distrust and disillusionment at an all time high, it's time our politicians came to terms with the reality of the situation they’ve created for themselves.

They must take a pay cut when they impose lockdowns instead of a $30,000 pay rise as Premier Annastacia Palaszczuk is treating herself to.

More importantly, they must cut the waste of our taxpayer dollars on virtue-signalling rubbish when they aren’t even keeping up with the debt they created thanks to their short-term, win-elections-at-all-costs career philosophy.

With state and federal elections on the horizon, let’s see whether any of them listen. After all the chances Aussies have given them over the years, perhaps a rude shock is exactly what they need…