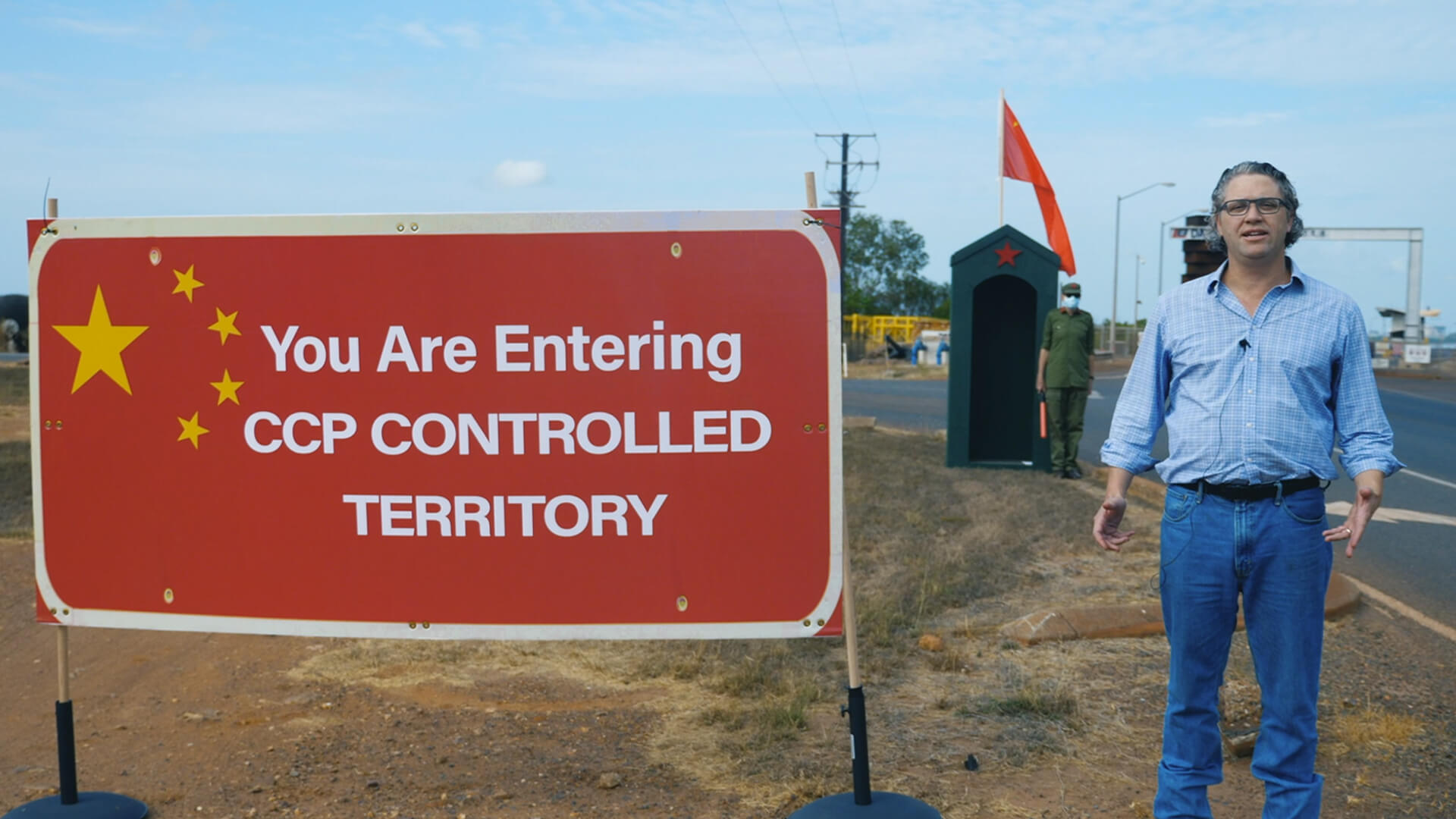 We need to take back the port.

Yesterday at the CCP-controlled 🇨🇳 Port of Darwin...

This week Advance Australia travelled to the Port of Darwin where the Chinese Communist Party has control of one of our most strategic assets.

We set up a fake Peoples’ Liberation Army checkpoint at the entrance to shine a light on what CCP control really means.

Just last week the Australian defence minister Linda Reynolds was also here and told the Australian people that there is no problem with the CCP controlling a deep-water port in our north.

I’m sorry Minister, but you must think mainstream Australians are fools to believe that.

Everyday, we are learning more and more about the hostile intent of the CCP, whether its cyber-attacks, economic sanctions or infiltration and intimidation of students and staff within our universities.

It is now obvious that we are dealing with a ruthless authoritarian dictatorship whose natural enemy is democracy, freedom and the rule of law.

And don’t be fooled, they are not content with oppressing and brutalising their own people.  You need only look at what they are doing in Hong Kong, the South China Sea and on the border with India to know that their Marxist ideology won’t allow them to sit still.

We know it wasn’t the Morrison government that created this problem.  It’s not their fault that the Northern Territory government and Malcolm Turnbull in 2015 sold us out for a few pieces of silver. But unfortunately it is now Prime Minister Scott Morrison’s problem to solve. And it is not good enough for the defence minister to treat us like idiots by telling us there is nothing to see up here in Darwin.

The CCP 100-year lease of the Port of Darwin is part of their belt and road initiative, the same initiative that Victorian Premier Daniel Andrews is desperate to sign up to.

We need to reverse what was a foolish decision made before we fully realised the CCP’s full intent. We need to now take back the Port of Darwin.