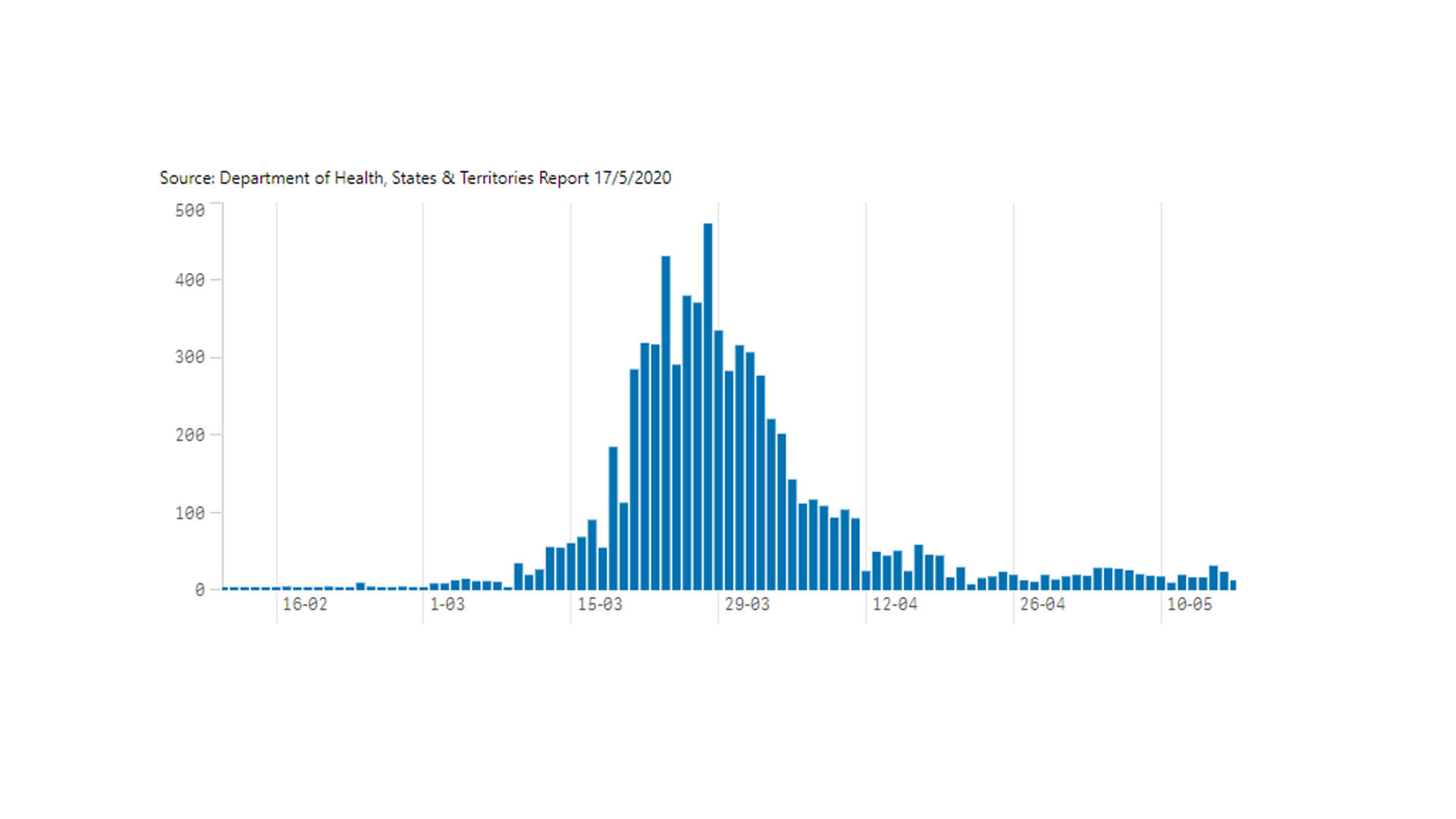 In the early days of the pandemic, world leaders across the globe dutifully flailed about in a bid to achieve preparedness for the unknown.

It was an impossible task.

Extreme measures, many based on models now proven drastically faulty, were taken to save lives, inevitably trashing economies the world over.

But now we know that the virus has a 97% recovery rate.

We have adequate Intensive Care Unit beds now in place.

Our nation is equipped with virus testing capability and has plenty of personal protective equipment stockpiled.

Aussies now have everything we need to safely come out of hibernation and handle any future outbreaks.

So why are our timid premiers dragging their feet, cautiously drip-feeding us our freedoms while our economy perishes further by the day?

The Morrison government has shelled out more money more quickly than any government in our history.

But here’s the rub:  the states determine the timing of the economic recovery, how many small businesses will live or die and how many workers will return to jobs.

Morrison will largely be held accountable in political terms despite the fact it’s out of his hands.

And so, having taken the feds’ cash, it’s now the premiers’ turns to perform…  And they’re flunking in fine fashion.

“To get Australians back into work, that is the curve we are working on now,” Prime Minister Scott Morrison said last Friday.

He gets it.  Why don’t the premiers?

Australia’s most respected political commentator, Paul Kelly, says they need a bomb under them.

The fight against unemployment must assume centre stage. This is the economic and moral obligation. It should be supported by all sides of politics, along with the essential task of containing the virus. The unemployment rate will fall in tandem with the economic reopening….  The task is meaningful recovery. The premiers, so far, have been judged by their success in fighting the virus, and the risk is they will cling to this fallback.

Kelly says the next 10 weeks are crucial to restoring 850,000 jobs by July and increasing the GDP by $9.4 billion a month.

The onus rests with the premiers. There is not a day to be lost, let alone a week. The timetable will never be achieved unless the premiers are fully pledged to the task, with its economic, health and political challenges.

Treasurer Josh Frydenberg has warned that the cost of failing to lift restrictions is a $4bn weekly hit to economic activity.

And we know that the Aussie taxpayer is shelling out $20 billion every month to fund the JobKeeper and JobSeeker programs.

Australia simply can’t afford that – so why are the premiers acting as if we can, and in the name of a virus we now to be ongoing for the foreseeable future and far from deadly??

The sooner they stop obsessing on the risks of easing restrictions and focus on their obligation to save people’s livelihoods, the better.