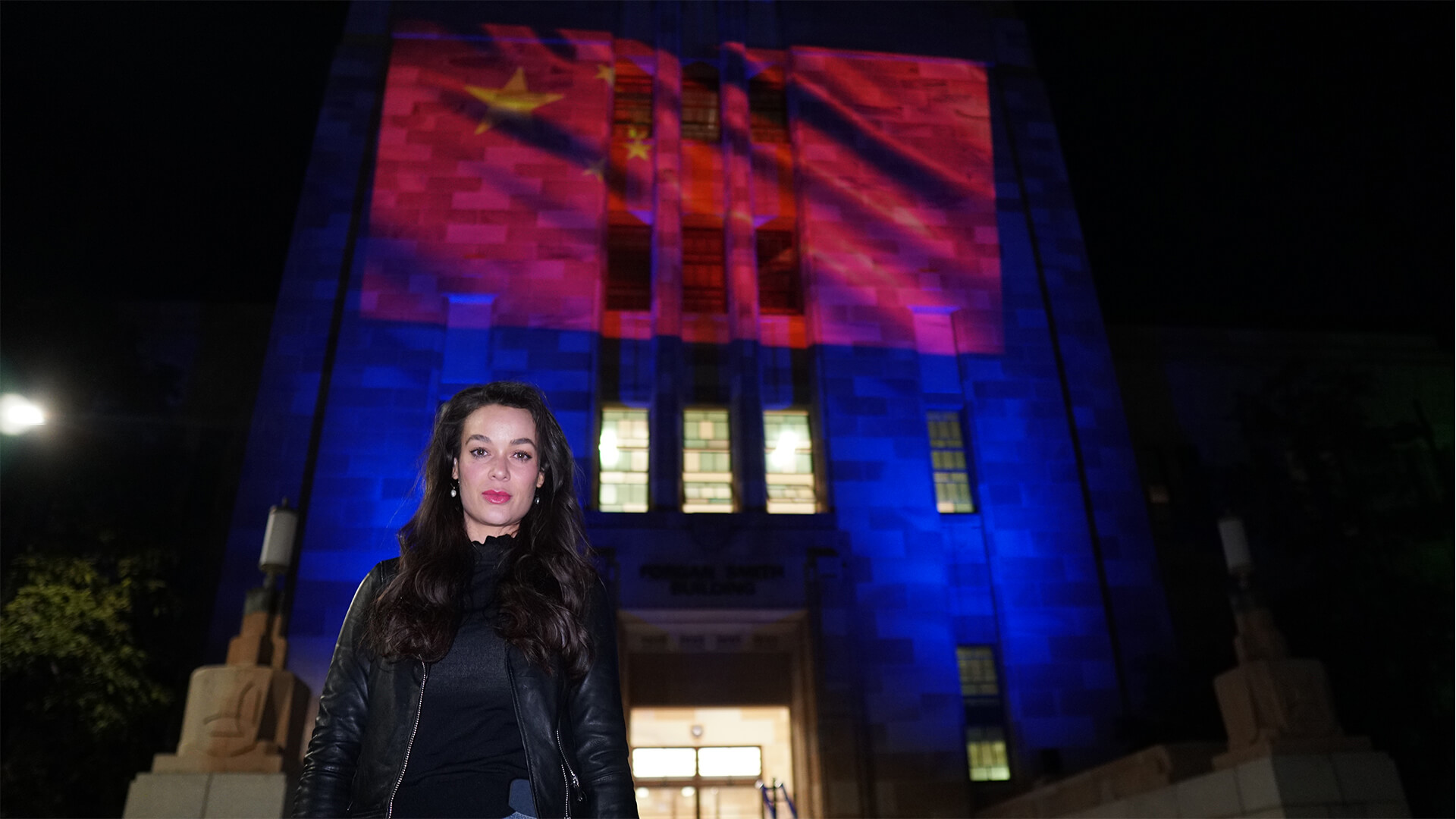 The Chinese Communist Party has no place in our universities

Last night we shone a light on the University of Queensland, one of several universities harbouring a CCP Confucius Institute. This is just the start of our campaign to expose foreign interference and influence.

Together we are exposing the extent of foreign intervention in Australia.

By shining a Chinese communist party flag on the Forgan Smith Building at the University of Queensland we sent a message to the ‘elites’ who are running these institutions that we are not going to let them get away with selling our country out.

These academic and bureaucratic elites have allowed the Chinese Communist Party (CCP) to set up their propaganda arm on campus.

These so-called ‘Confucius Institutes’ are being used to promote fascist ideology, and to coordinate and control Chinese students studying in Australia.

Under China’s National Intelligence Law enacted on June 27 2017, all 260 000 Chinese students studying in Australia are required to support, assist, and cooperate with state intelligence work.

Should we be surprised then, that when students and academic are critical of this ruthless mercantilist dictatorship (CCP) they get intimidated and coerced into keeping quite

Is it any wonder our own students get intimidated and threatened by mobs of Chinese students when they speak out about the abuses in Hong Kong?

Is it any wonder that China has been able to steal huge swaths of Australia’s intellectual property?

But what do the Vice- Chancellors of these Universities care, they get bonuses and big shiny new buildings for sucking up to this murderous tyranny

Watch the video, and wakeup to foreign interference.