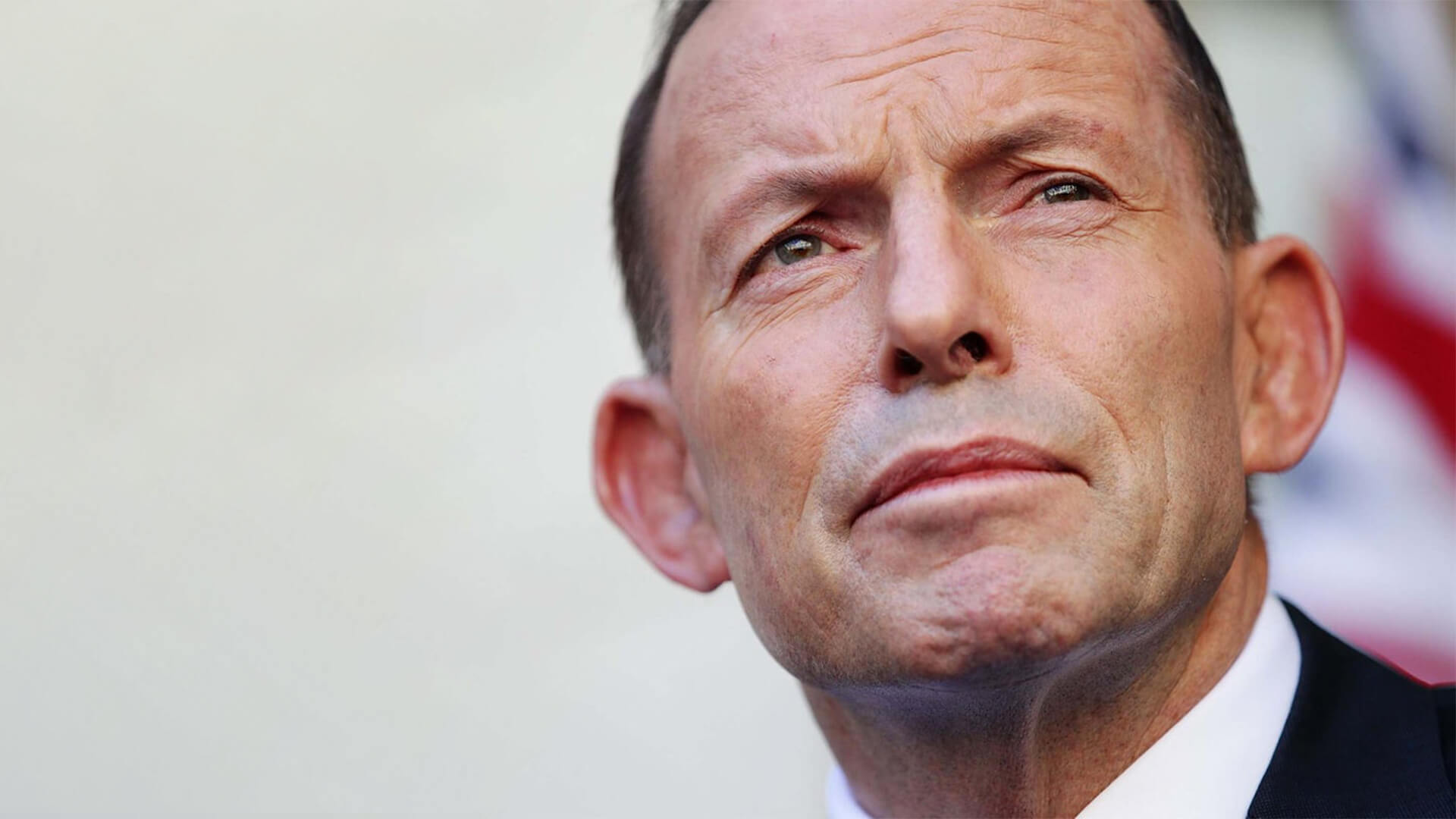 With the demise of Malcolm Turnbull as NSW climate tsar clogging up the airwaves this week, Advance thought it was fitting to reflect upon the legacy of former Prime Minister Tony Abbott.

Mr Abbott said the WA Liberal election loss was “inevitable with a leader on training wheels and policy lifted from the Greens.”

He admitted the Liberal Party was “only full of former political staffers… insulated from life in the real world.”

And he declared that “as a political philosophy, ‘if you can’t beat ‘em, join ‘em is a recipe not just for defeat but for ruination because what’s the point of a party which is hardly different from Labor”.

Advance and our tens of thousands of supporters wholeheartedly agree.

Most interesting however, was Mr Abbott’s account of his time as Opposition leader.

“When I became Federal opposition leader in late 2009, the gurus in the Canberra press gallery thought the Liberals had sealed their fate because I didn’t ‘get’ climate change,” said Mr Abbott.

“But I did get that the job of opposition was not to make weak compromises with a bad government.”

“So instead of agreeing with Kevin Rudd that climate change was the great moral challenge of our times, I said that of course we had to look after the planet but not by whacking a great big new tax on everything.”

How did this work out for the former PM?

At the next election he delivered an incredible victory for the Coalition, winning a 26-seat majority – a performance no leader has been able to emulate in over two decades.

He showed Labor, the Greens and the ABC that the vast majority of Australians aren’t interested in taxing away our industrial competitiveness to “save the planet”.

And still, Mr Abbott was forced to hand Malcolm Turnbull the keys to The Lodge only two years later.

In a speech given in September 2014, Lord Monckton told his Brisbane audience that “Tony Abbott is a very good man, and he is known to the forces of darkness to be a very good man, they hate him.”

“When Sir David King (the UK’s Climate Change Ambassador) was going around very quietly to all the nations of the world, trying to persuade them that come Paris Climate Accord they must all vote yes otherwise the world will end… he was asked by the Environmentalist Committee of the House of Commons whether all the nations of the world were ready to sign their people's rights away.”

Sir King replied saying, “Yes, but there are two stand-outs. One is Canada, but don't worry about Canada. They've got an election in the spring of 2015 and we and the U.N. will make sure that the present government is removed.”

“The other hold-out was Australia… and we can't do anything about it because Tony Abbott is in office until after the December 2015 Paris climate conference.”

As a result, Monckton told his audience they “need to guard Abbott's back, because the Turnbull faction, in conjunction with the UN, will be doing their absolute best to remove him from office before December 2015, so that they can get a one hundred percent wall to wall Marxist agreement.”

The rest is history.

And fifteen months later, Turnbull signed Australia up to the Paris Climate Accord.

If only we had the foresight of Lord Monckton.