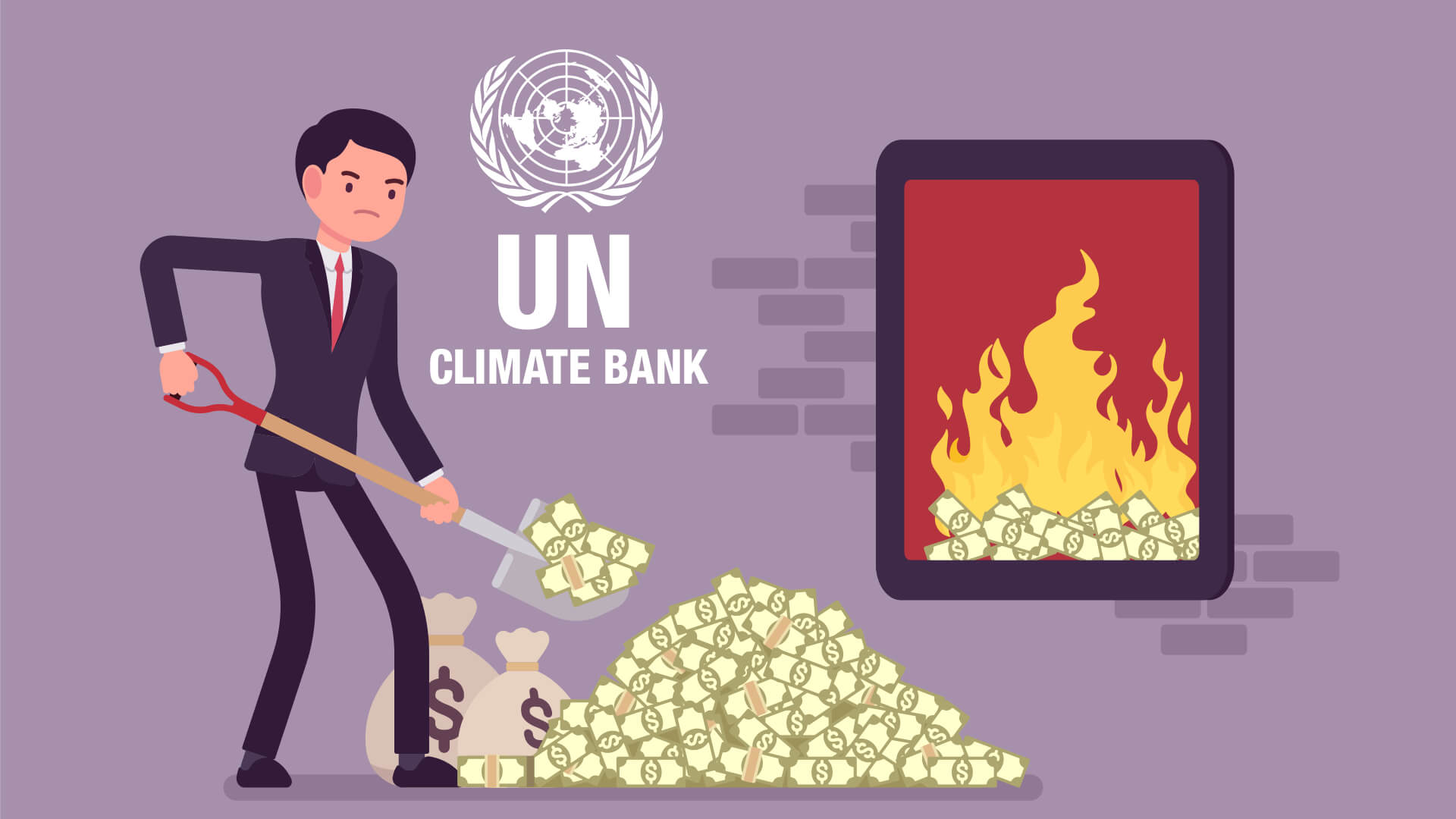 Turns out the radical left-wing nutjobs gluing themselves to our roads, baring blue armpit hair and holding up crucial projects like Adani have very affluent climate alarmist mates…

Powers combined they make up a third of the global banking industry.

Read “a butt-load of clout”.

Deutsche Bank, Citigroup, and Barclays were among the heavyweights to pledge allegiance to the UN’s no-dollaz-for-climate-baddies club, committing to enforce climate change action…  With their loan books.

It’s a genius move by the UN.

Who better to facilitate a rapid transition to a low-carbon economy than lenders?  The global economy's reliance on fossil-fuels doesn’t stand a chance.

Aren’t fighting climate change?  No loan for you.

Need financing for an oil, gas or coal project?  Get stuffed.

Ah…  Australia provides raw energy to hundreds of millions of people world-wide – what are we all supposed to do when the climate police banks close their pocketbooks to us?

"These principles mean banks have to consider the impact of their loans on society – not just on their portfolio," said Simone Dettling, banking team lead for the Geneva-based United Nations Environment Finance Initiative.

Luv, anyone with a job title that long is compensating for something…  Like relevance.

The hallowed principles, drawn up by U.N. officials and banks whilst holding hands and singing Joni Mitchell’s Big Yellow Taxi, require lenders to:

The new standards are expected to force participating banks to forego business from clients in high-carbon sectors rather than risk being accused of backsliding on the principles.

Because that’s not manipulative at all.

"Ultimately, banks that are not in line with their commitments and do not make progress [within a given timeline] can be stripped of their signatory status," said Dettling – a reputational dive she said the banks would be reluctant to risk.

Anyone else finding this “voluntary” initiative increasingly…  Involuntary?

The organization founded to prevent totalitarianism re-emerging now decides who does and doesn’t get loans…  And, by extension, how you and I get to live our lives.

So ah…  Wanna start a bank?