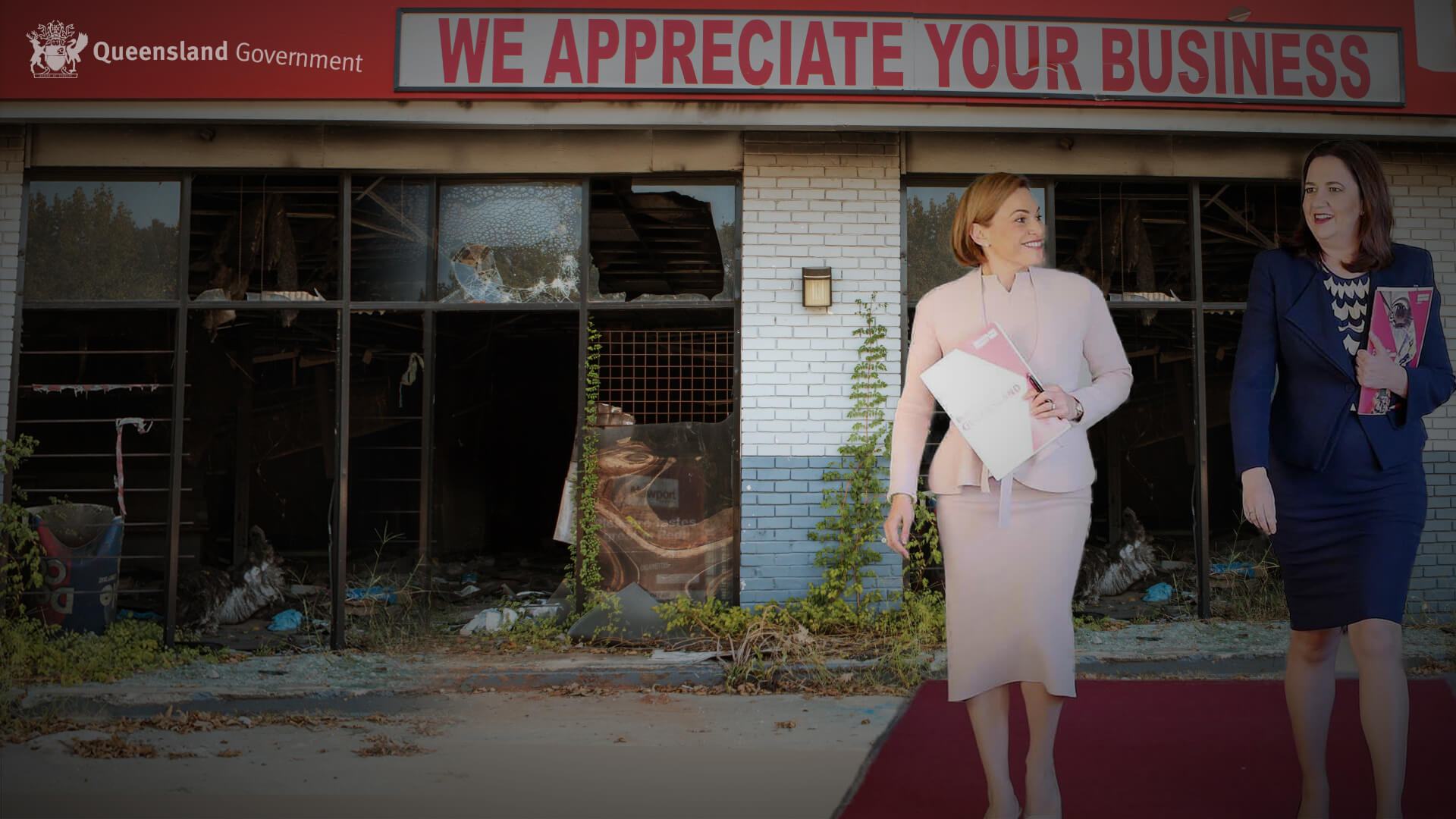 The substance keeping the debt-addicted Queensland Labor government afloat and tens of thousands of Queenslanders in work.

Coal is under threat in the sunshine state.

Until now, their plans were unknown.

But thanks to some impressive investigative journalism, we now know the Trad-Palaszczuk government are determined to see coal’s downfall, actively seeking to close down the life-giving industry by utilising “climate litigation” and swathes of suffocating green tape.

Their aim: turn Central and North Queensland into an economic wasteland by rendering Queensland coal unviable.

They want the burning of Queensland coal oversees to count towards CO2 emissions here in Australia.

Not only does this make absolutely no sense, but also such a move would see the sunshine state well on its way to becoming the Australian version of the Asia Pacific’s Venezuela.

You see, Trad would rather burn a cool $5 billion per year in coal cash royalties from the government’s coffers than allow some harmless CO2 to escape into the atmosphere in India.

How she’ll service her $90 billion debt state debt is anyone’s guess.  How her government will pay for police, schools, and hospitals no one knows.

But like all true socialists, she’ll cross that bridge when she comes to it and not before.

Like when her jobless subjects riot en masse in the streets.

At the last election, Queenslanders flipped the bird at anti-Adani crusader Bob Brown and his side-kick Bill Shorten, ultimately costing Shorten the keys to the Lodge.

That’s when Trad invented the threat to the black throated finch in a pathetically desperate bid to grind Adani and the aspirations of Queenslanders into dust.

But clearly Queensland Labor has learned nothing since.

In the words of Opposition leader Deb Frecklington, “Labor’s secret plan would destroy Queensland’s economy and leave tens of thousands out of work.”

There’s a word for a government betraying its people, Trad- Palaszczuk:  Betrayal.