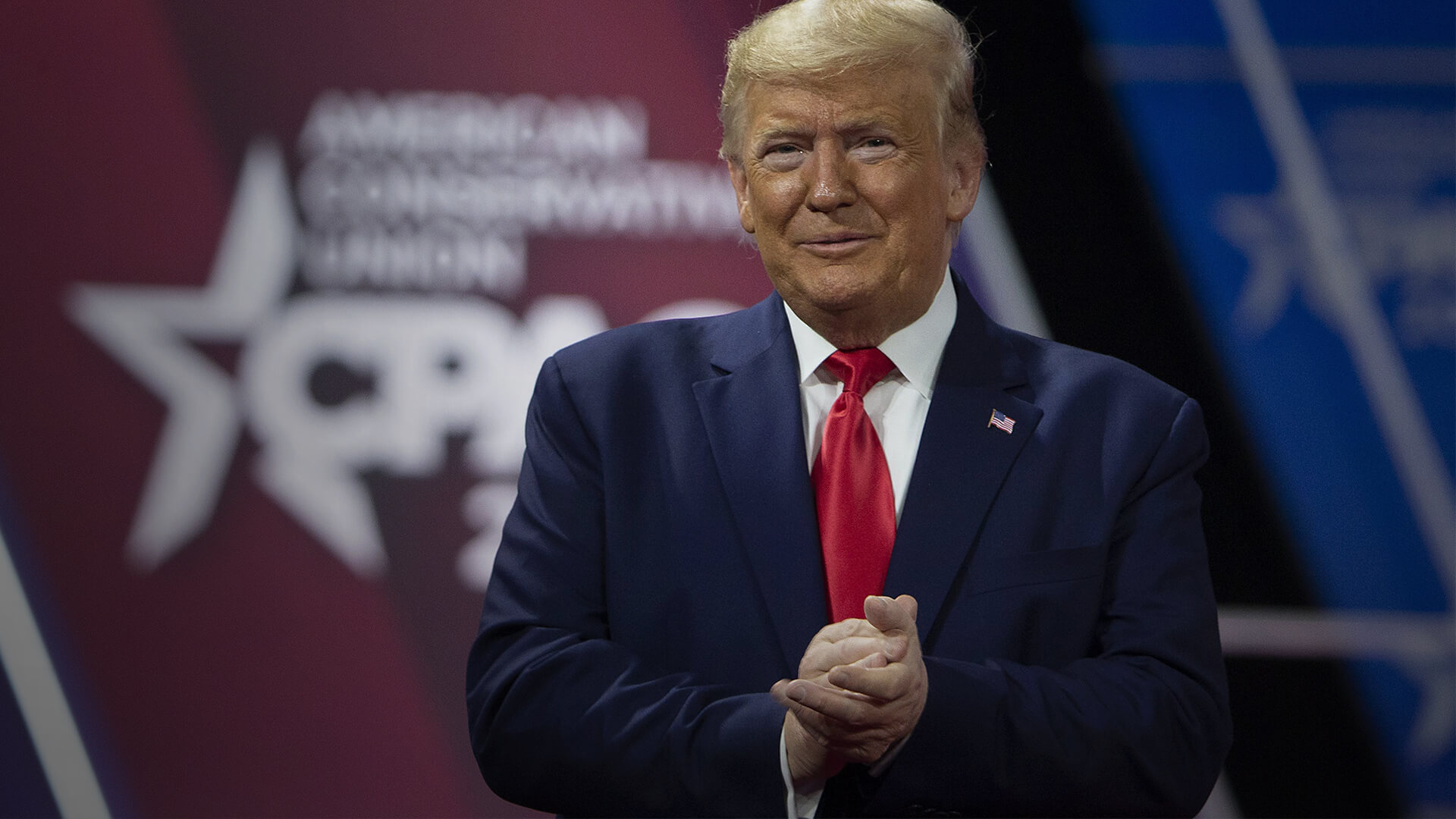 Love him or loathe him, he’s back.

Donald J Trump today outlined a clear vision to push back on the forces pulling down the West’s prosperity, freedom and security.

Whatever people think of Trump (the mainstream media hate him) his policy agenda is one that will resonate with mainstream people around the globe, including here in Australia.

Speaking at the Conservative Political Action Conference (CPAC) today, Trump declared that he would be leading the political movement to push back on the radical left, Big Tech censorship and the Washington establishment.

No one seriously expected ranking Republicans in the Congress like Mitch McConnell and Liz Cheney to do it. That’s because they are status quo establishment globalists who want Trump to go away.

Across the political landscape in the West, Trump is virtually alone in having the courage to take on this trifecta of toxicity.

His leadership from afar will embolden Australians who know these forces, which in our case include the Canberra bubble, are also undermining our nation.

Trump pointed out that after just 40 days of the Biden Administration border security has been undone, women’s sport trashed, energy security compromised and hostile actors like the Chinese Communist Party emboldened.

“No one imagined how bad he would be and how far the left would go,” Trump told the faithful.

“He (Biden) wants windmills that don’t work when we need them, he is anti-jobs, anti-family, anti-borders, anti-women and anti-science.”

Trump also essentially declared he’d be running for President in 2024.

“I may even decide to beat them for a third time,” he said in a reference to the allegations of illegal conduct and voting irregularities that plagued the November 3 elections.

“Our journey is not over, we have just started.”

It was refreshing to hear a leader speak so freely about where the battlelines are.

With cancel culture and Big Tech censorship now rife against conservative points of view, Trump said the most important priority was to secure freedom of speech.

He hit out at Biden’s cancelling of the Keystone pipeline which would have further bolstered America’s energy security and his re-entry into the Paris Agreement which makes the CCP strong and America weak.

Like Kevin Rudd did to Australian in 2007, Biden has effectively thrown the borders open encouraging massive illegal immigration by cancelling work on the border wall and providing amnesties.

Australians know how these policies worked out and Trump castigated Biden for hiding his true agenda on energy and borders during the election campaign.

He also hit out at Biden’s war on women.

“Young girls and women are incensed that they are now being forced to compete against biological males,” Trump said.

With Biden having issued an executive order banning government officials from referring to Covid 19 as the “China virus”, Trump provocatively called it the “China virus” as he excoriated Biden’s decision to re-join the discredited and CCP-compromised World Health Organisation.

He ruled out starting a third political party making it quite clear that he would drive his policy agenda through the Republican party and support candidates loyal to this agenda.

“Let’s divide our votes so we never win?” he asked rhetorically.

“I am not going to start a new party, I am going to fight by your side.”

With Scott Morrison frightened to even acknowledging that “wokeness” is a problem here, Trump’s courage stands in stark contrast.

His leadership will give hope to millions of mainstream Australians yearning for clear leadership to arise here.