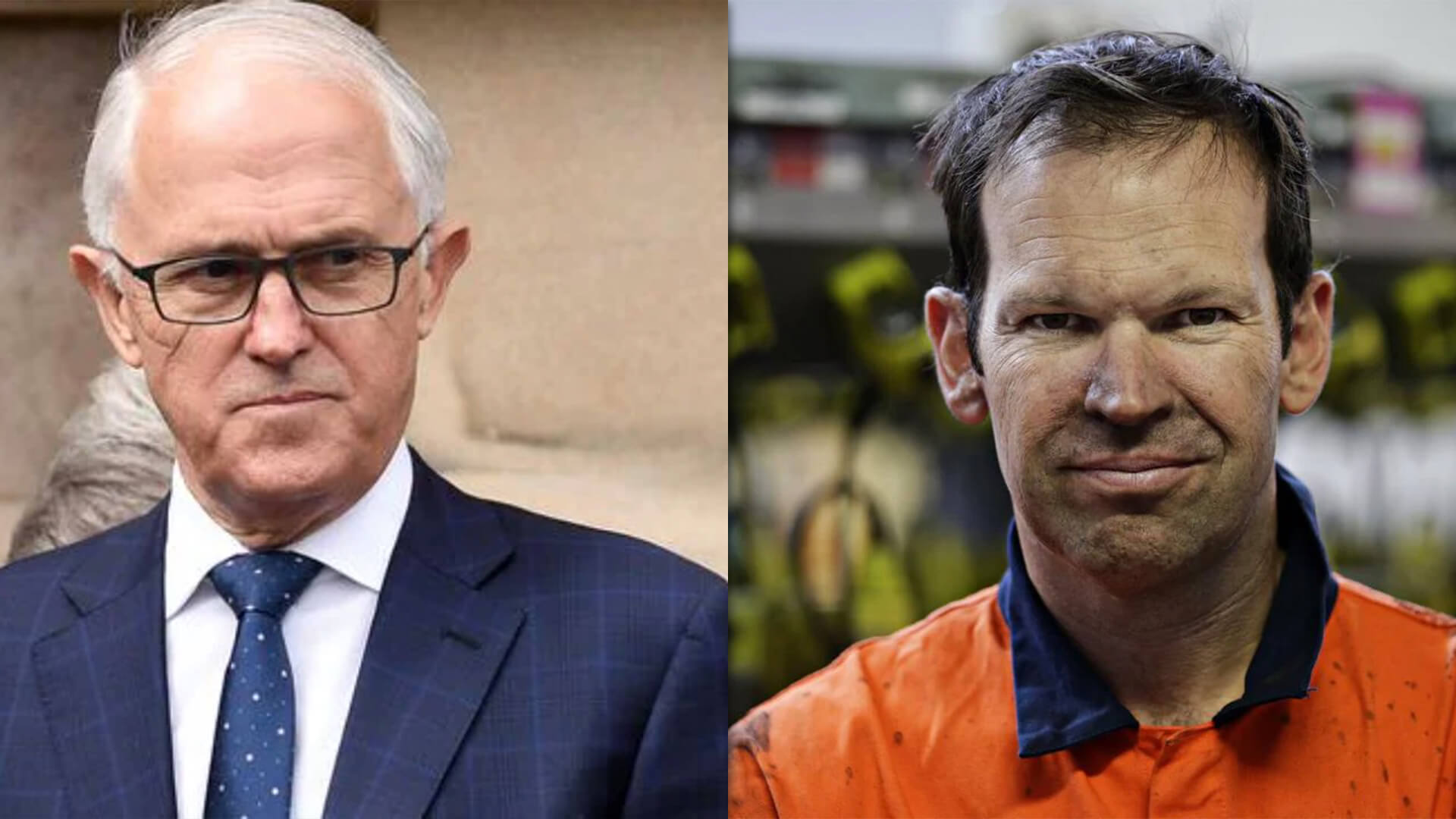 The miserable ghost is at it again and this time he has his knickers in a twist over a Q&A episode.

Mr Turnbull said the inclusion of Canavan was “shameful” and lamented how “not one climate scientist could be found to go on the show,” meaning “Canavan’s nonsense goes unrebutted by anyone with real expertise in the science”.

And all Senator Canavan had to say to trigger the increasingly sensitive Malcolm Turnbull is tell the truth about the relationship between the United Nations, China and climate change.

Here’s what he had to say for himself:

In response to a question from a bloke who is so worried about the climate crisis he’s “reduced meat consumption” and gone out of his way to “buy renewable power”, Canavan said, “one of the IPCC authors was quoted a few months ago saying he hoped the new IPCC report would scare people enough so that they would change their vote”.

“That doesn’t sound like science to me. The IPCC’s science has descended into something that’s more like spin than science. Why would a scientist want to change people’s vote?”

It’s not about “the science” – it's about redistributing industry from the West to the East and making global supply chains so interlinked national sovereignty becomes an outdated concept warranting replacement by a new global government – no doubt, run out of the United Nations.

When asked about what the government is doing to “tackle climate change”, Canavan responded by pointing out that “action is futile because China isn’t doing anything”.

“This is why we shouldn’t sign up to more reductions because it would be a free-kick to China,” he said.

“China has already stolen Australian jobs through their inability to be trusted to honour their trade agreements. Now we want to sign another agreement with them.

“The CCP haven’t co-operated with health inspectors to find the origin of the coronavirus. Why is China going to be trusted now when they weren’t in the past? The wishful thinking that we will cut all our emissions and China will follow is ludicrous. It is just empowering the CCP.”

Again – Matt is on the money.

The United Nations is allowing China to increase its emissions until 2030 even though they produce more pollution than the entire developed world combined.

“Matt is part of the problem,” she said.

“It’s devastating to see we haven’t been able to elect a parliament that can build a consensus and move forward on action on climate change. Matt is part of the problem and quite deliberately. It is frustrating that democracy keeps voting in people like you.

“Labor’s position is that we have the net-zero target by 2050. You can’t start in 2049. We need a roadmap to get there. Matt and his ilk are the ones who are holding us back,” King continued.

As the age-old adage goes, “play the ball, not the man”.

The reason “democracy keeps voting in people like” Senator Canavan is because career politicians like you have turned their back on working-class Aussies in pursuit of a radical net zero that every country apart from China and India must unconditionally commit to.

It’s not really rocket science, is it?