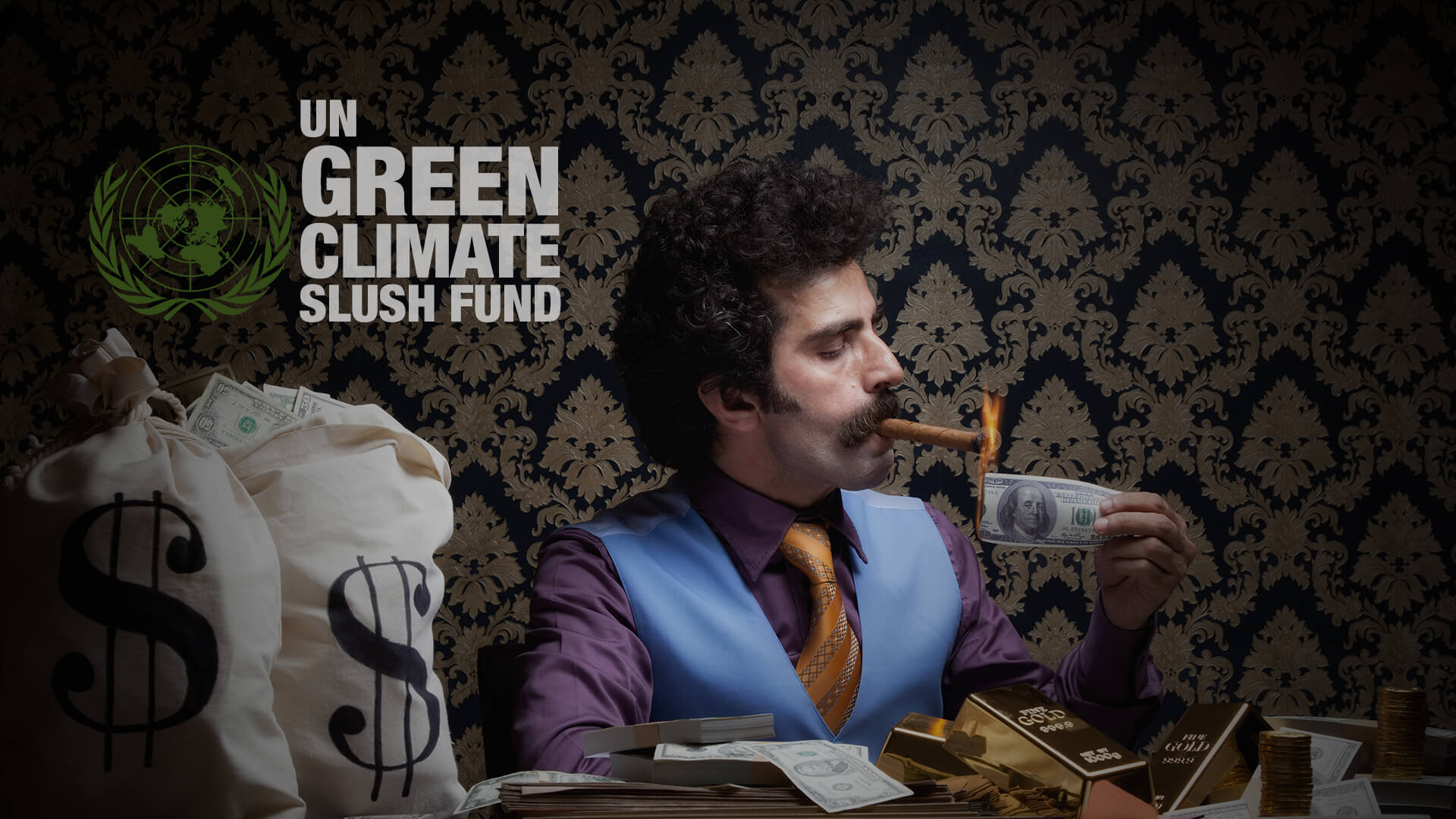 All we’ve got to do is give it more money to dial down the planet’s temperature and we’ll be in the clear, folks.

“While COVID-19 is causing untold suffering, the international response to this unprecedented health crisis in modern times offers an opportunity to direct finances towards bolstering climate action,” the UN’s GCF said.

They’ve got to be kidding us.

The idea of spending a cent on more windmills and solar panels at a time when we need all hands on deck suppressing the deadly China virus is madness.

For most, this crisis marks the end of the health and economic worlds as we knew them.

But for the GCF, it’s an opportunity to “step up our efforts to catalyse green investment to relaunch economies on low-emission, climate-resilient trajectories.”

We’d rather have affordable electricity and jobs for our kids, guys, but thanks anyway.

Suffering severe relevance depravation since ‘global warming’ fell by the wayside in the wake of a real emergency, the slush fund set up by the UN’s Paris Agreement is now grappling for significance.

“GCF will continue to make critical investments in climate-resilient water resource management, health care facilities, agriculture and livelihoods – all of which are essential to subduing and overcoming the pandemic,” the organisation wrote by way of an official public update.

“The Green Climate Fund is confident that only a united approach… will provide lasting solutions to both the COVID-19 pandemic and climate change.”

One of ScoMo’s best decisions as PM was to say no to the GCF’s plea for more money after the Liberals and Nationals had already handed over $200 million Aussie taxpayer dollars.

President Trump had already told the GCF to go jump; saving billions of American dollars by pulling out of the UN’s Paris Agreement.

Of course China has access to GCF grants despite not contributing any funds.

…the [GFC] fund sent $157.5 million (AUD) to China in December despite the country planning on increasing emissions by several thousand mega tonnes of CO2 by 2030.

China escaped having to pay a cent towards the climate change fund by hanging on to its ‘developing nation’ status even though it is a global superpower with the world’s second largest economy.

GCF’s core staffing figure has exploded to $65 million while the broader admin bill has soared passed the $200 million mark.

And last year that the GCF squandered $3.7 million flying staff around the world for climate change conferences.

As the world’s most sensible environmentalist Bjorn Lomborg puts it:

"Climate change mitigation today costs more than $US400bn ($634.5bn) each year in renewable subsidies & other costly climate policies. Yet we spend much less on making water and air cleaner for the billions with basic needs.”

The UN should stick to their knitting: focusing on helping the world’s poor.

Expensive efforts to adjust the temperature of the planet by de-industrialising and throwing Aussies out of work must be abandoned.

And more money for the GCF?