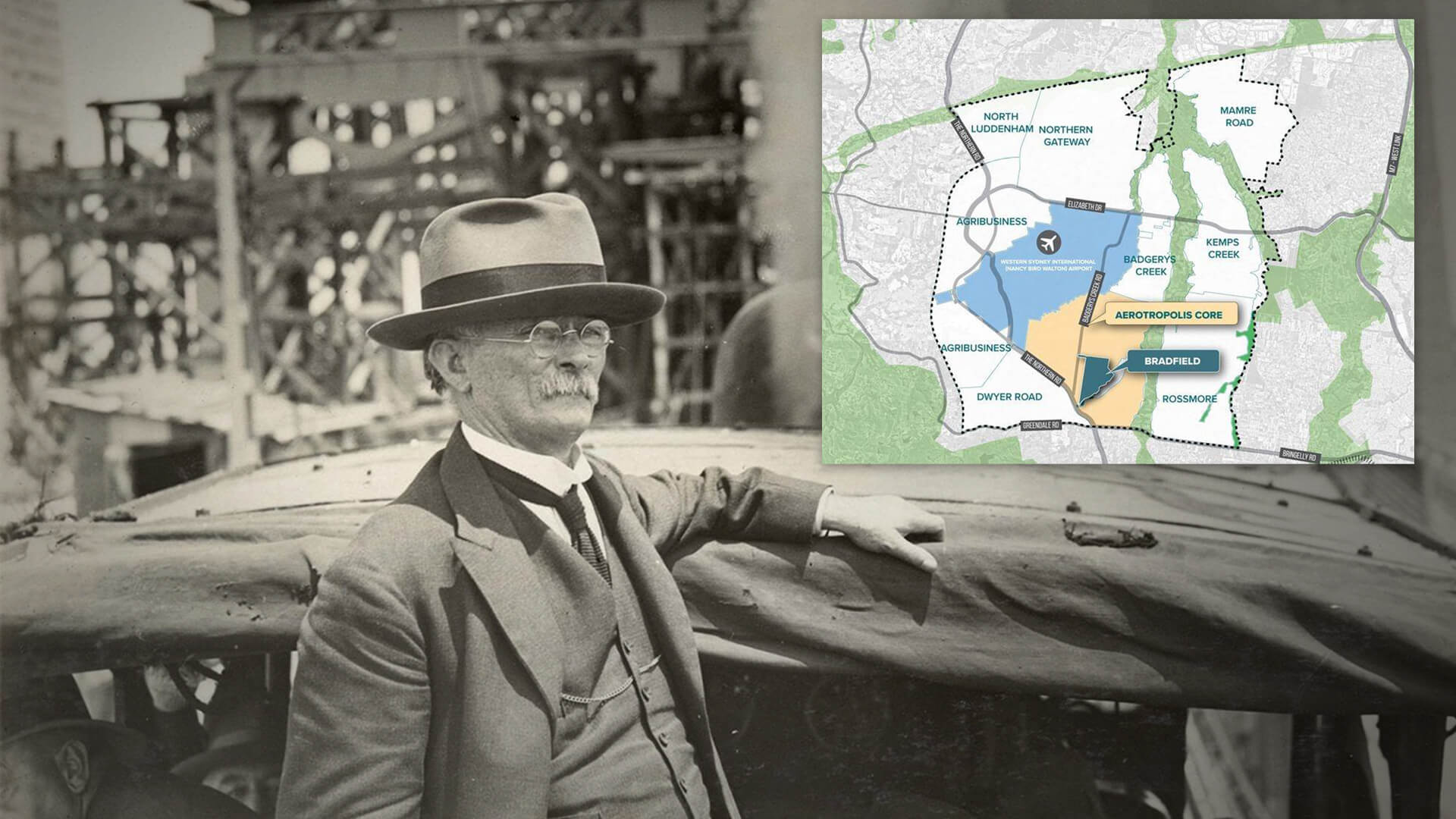 Although this blog has been fairly critical of the increasingly progressive NSW Liberal government over the years, we must give credit where credit is due.

Although many, including Advance’s 100,000 supporters, are elated one of Australia’s greatest minds has received the honour; not all are in agreement.

Most notable of the critics is assistant Vice-Chancellor at Western Sydney University, Andy Marks, who was so mortified Bradfield was chosen, he dedicated an entire opinion piece in the Herald criticising the Premier.

Titled, “hours after women marched for justice, Gladys Berejiklian decided to commemorate yet another man,” Vice-Chancellor Marks lamented how “only hours after the Women’s March 4 Justice boldly overran the national dialogue, the NSW government determined it was a perfect moment to celebrate another Aussie fella.”

Marks declared that “in pushing for Bradfield, the government… is sticking with a convention that enshrines deceased white Anglo males above all others.”

Instead of Bradfield, Marks predictably asked, “why not put a woman at the forefront” and complained that the “website promoting the naming of this new city didn’t even mention First Australians.”

The Premier made the call because John Bradfield was a visionary Australian who dedicated his life to developing this great land for future generations.

Long gone is Reverend Dr Martin Luther King Jr.’s dream for “a day when people will not be judged by the colour of their skin but by the content of their character.”

For now, the modern left champions a system of identity politics which splits people into two categories - “oppressor” or “oppressed” - based on one’s skin colour, gender, sexuality or political affiliation.

It doesn’t matter that John Bradfield was the first Australian to imagine Sydney as a city with a population of 2 million in the 1920s.

Who cares Bradfield had the vision to make the Harbour Bridge eight lanes at a time when there was hardly a car on the road?

Why bother remembering a man who engineered so much of the infrastructure we now take for granted such as Sydney’s electric railway system, the University of Queensland’s St Lucia campus, the Brisbane Story Bridge and the Cataract and Burrinjuck dams?

For as John Bradfield is “a long dead white man”, he was probably a racist, sexist, homophobe as well, meaning his incredible achievements shouldn’t be celebrated.

Just as the policy he is most famous for, the Bradfield Scheme, has never been effectively championed by any of our politicians, bureaucrats and media commentators over the past 85 years.

For the many who don’t know, John Bradfield fought his way through the dense mountains of far North Queensland on horseback in the 1930s to find a way to irrigate inland Australia with the vast flows of water which run-off the Great Dividing Range into the Arafura Sea and Pacific Ocean every monsoon season.

After months of struggling through the rainforest, Bradfield concluded that if Australia diverted the floodwaters of the Johnson, Tully, Herbert, Burdekin and Flinders Rivers into the Thompson which flows into Lake Eyre, the arid interior of the continent would become a “Girraween” (a Place of Flowers) fertile enough to sustain large-scale agriculture and large populations.

If only our top academics, like Assistant Vice-Chancellor Marks, understood the importance of water security to our national security, as John Bradfield so intimately did.

Perhaps then he wouldn’t be losing sleep over naming a new city after one of Australia greatest “deceased white Anglo males.”