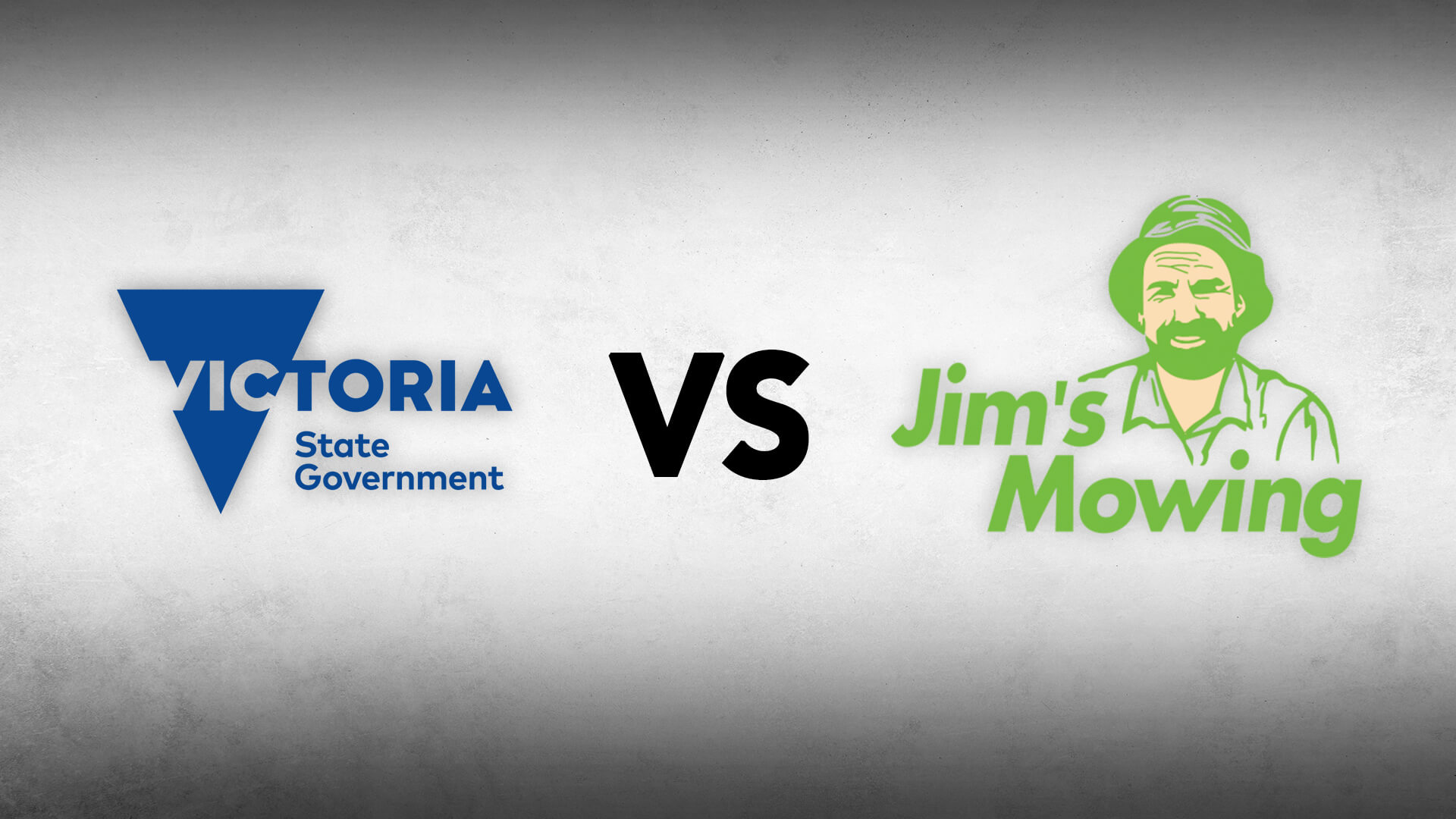 Victoria’s stage four lockdown came about for one reason: the sheer negligence of the Andrews government.

Now the same businesses which dutifully paid the price during the initial outbreak are rightly fighting back.

The class action is available for all businesses shut down after July 1 in Victoria's second wave, so you can imagine the response it’s going to get.

Scattini said his staff had experienced a deluge of businesses contacting the firm in recent days.

Of the roughly 650,000 businesses in Victoria, thousands will undoubtedly join the action.

And when you multiply at least two-and-a-half months of the lockdown by thousands of businesses, the total compensation bill will easily be in the billions.

Dictator Dan’s government is in for one expensive ride.

And Jim’s Mowing is preparing a multi-million-dollar lawsuit against the Andrews Government as stage four lockdown takes its toll on more than 600 of its contractors.

Who knows how many more such actions will be bought against the Victorian government for what federal Treasurer Josh Frydenberg has rightly called “the biggest public policy failure by a state government in living memory.”

Frydenberg says the Premier's handling of the pandemic has been a "slow car crash" and a "massive drag on the national economy" due to a “litany of failures” in managing the state’s second wave.

Doubt a single Aussie would disagree with that.

Due to the Andrews government’s abject failure, Treasury numbers show Victorians will soon make up 60% of all JobKeeper recipients.

Through no fault of their own, people’s livelihoods have been levelled as stage four lockdown has further brutalised the books of those businesses lucky enough to be left standing after ‘the first wave’.

“We don’t complain about the government’s decision-making process. It’s not the fact they put the second lockdown into effect, it’s the fact it was done after the botched hotel quarantine,” Scattini clarified.

“[The virus] was containable and contained until the hotel quarantine was messed up.

“There are tens of thousands of businesses that experienced a loss as a result of the second lockdown.”

For months Victorian businesses have been sent to the wall by their own government.  But never more forcibly than now as the government refuses to ease restrictions even after today’s record low cases and deaths.

“Our situation is not our doing. We are calling to account those who put us in this dire position.”

It’s no small irony that it was just this year that Premier Andrews went it alone to pass laws that support the class action industry.

Now this class action against his government is set to be one of Australia’s largest claims and looks set to feature in history books.

After all, who in their right mind wouldn’t agree that Victorian businesses ought to be compensated for the consequences of the state’s botched hotel quarantine program?

To quote a letter written last week by Jim Penman of Jim’s Mowing:

“People’s lives are destroyed and the great state of Victoria plunged into a ruin that will take decades to heal...

“Tens of thousands of Victorians have the right to fair compensation under the Public Health and Welling Being Act 2008 because they have been thrown out of work for no good reason….  This is not welfare for millionaires. I personally will not make a cent out of it. It is justice for vulnerable people who have no voice. It is the essence of democracy.”